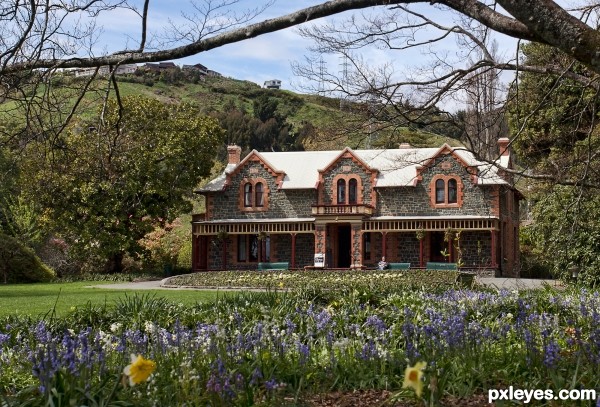 The somewhat stately home of watchmaker Thomas Marsden and wife Mary is found in Isel Park on the main road in Stoke, Nelson. Thomas Marsden, a watchmaker from Hensingham (part of Whitehaven) in Cumbria, England, arrived in Nelson with his wife Mary in December 1842. He first set up in business in Selwyn Place then moved to Isel, at that time a property of 930 acres, after six years in Nelson. He built the original house, gave the land for St Barnabas Church, planned the park and planted most of the older trees which are now well into their second century. After Thomas died, his son James took over the property and had the stone front built onto the house in the 1880s.
Isel House and it’s surrounding woodland grounds recently celebrated its 160th birthday in 2009. (5 years and 1202 days ago)