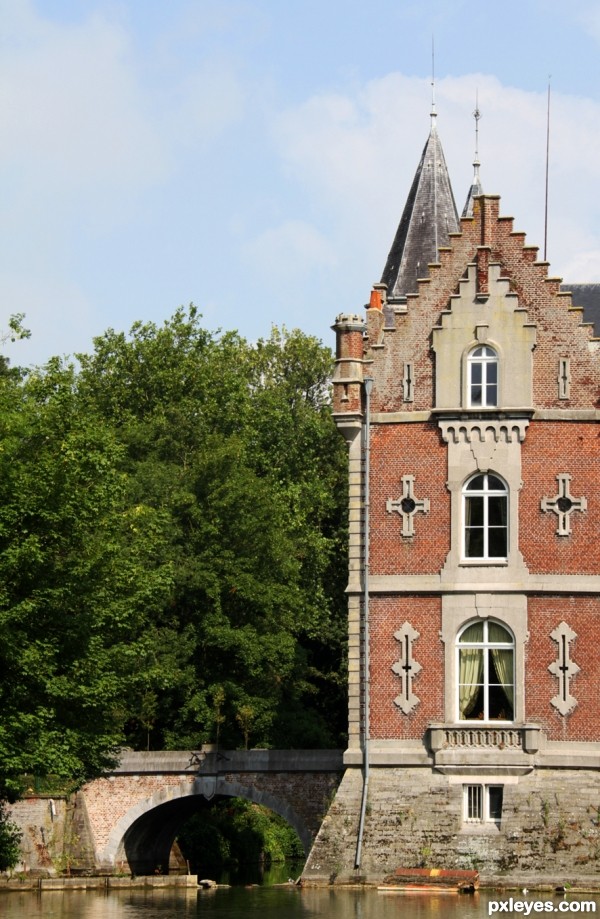 The Lordship of ESTAIMBOURG (Belgium) is mentioned from the 12th century. Over the centuries it passed into the hands of various families and the last, the "les Ducs de Bourgogne" built the present castle. This is not the first built on the site. Indeed, the records mention two destructions. One in 1340, during the Hundred Years War. The other in 1478 by French troops of Louis XI. After, the castle became a town hall. Today, it has become an amusement park. The castle is neo-medieval made of brick and stone. It is a 2-storey building under roof. It is surrounded by a moat, crossable by a bridge with. Nearby, there are dependencies of neo-classical style. (5 years and 1380 days ago)