The Old Mill - created by MakenzieW1 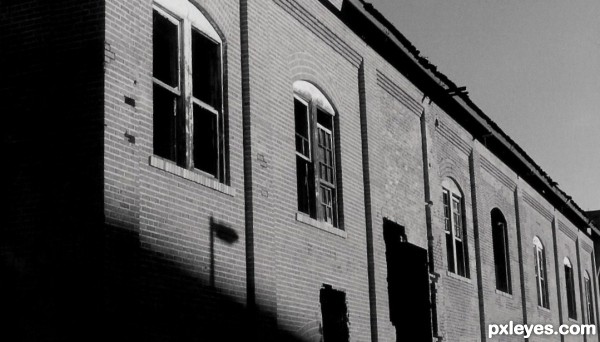 The Shevlin-Hixon Mill company built this building between 1916 and 1920 (can't find the exact date yet). The whole reason behind my hometown's existence can be attributed to the logging industry and the two mills that occupied a section of the Deschutes River. The population boomed and the mill was running around the clock with more than 2,000 workers in the mills. By the 1950's though the timber began to run out and the company then sold out to the neighboring mill, Brook-Scanlion. However their business too declined and it was closed in 1983. The buildings were in disrepair and the area was abandoned until the late 90's when it was bought and began to be transformed into a shopping area. This picture was taken back in 2005-6 before the actual mill building was too transformed into an REI (a high-end outdoor recreation store). (5 years and 1337 days ago)

The tilt down to the left is a bit distracting. You should straighten this off the vertical near the center of the photo to improve the overall perspective.