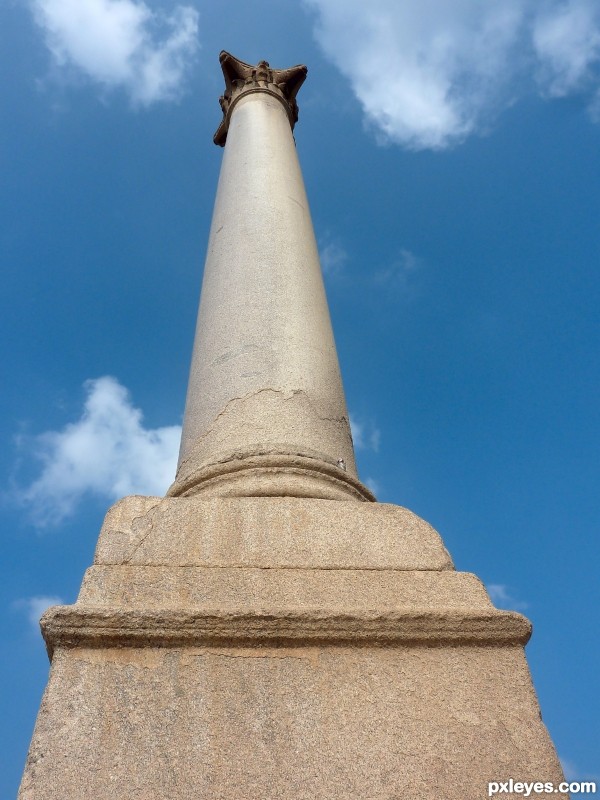 There is a hill littered with the remains of ancient walls in the southwest of the city, near the large Arab cemetery. Alexandria's largest ancient monument, Pompey's Pillar, stands there. It is rising from the ruins of the ancient and famous Serapeion (Temple of Serapis). This column of red Aswan granite with a Corinthian capital, rising to a height of almost 27m with a circumference of 9m, is traditionally believed to have been erected by the Emperor Theodosius to commemorate the victory of Christianity over paganism and the destruction of the Serapeion in 391. More probably, however, it was set up in 292 in honor of Diocletian, who supplied food for the starving population after the siege of the city.
The Arabs called it "Amoud el-Sawari", Column of the Horsemen. The Pillar is the tallest ancient monument in Alexandria.

The surrounding area includes the remains of the Serapeum temple, the “daughter” library of Alexandria and a “Nilometer” for measuring the annual Nile Floods. Nearby are subterranean galleries, where the sacred Apis bulls were buried, and three sphinxes. (5 years and 1208 days ago)