Maiden in the Mist 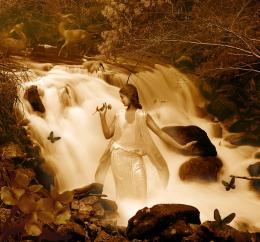 Thanks to cliff1066 at flickr.com for the statues source; 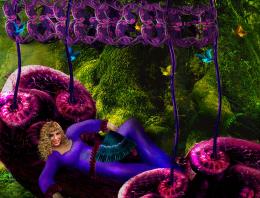 Thanks to jantik at flickr.com for the beautiful photo of the moss-covered tree. The girl is my own photo. Girl's hair, canopied swing and birds are created from the source fern. 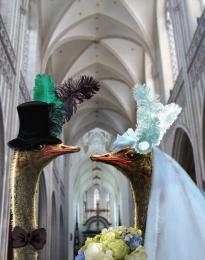 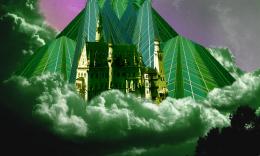 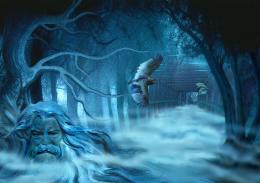 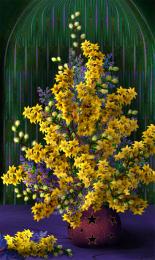 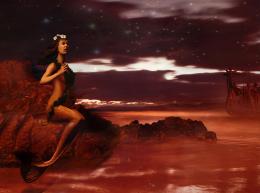 Thanks to the following at flickr.com: to Alaska Dude for the mermaid statue, and to Roads Less Traveled Photography for the boat statue. Also, to mike-in-ny for Great Nebula in Orion 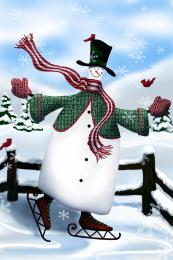 Just the source photo used with birds and background drawn and brushed in. 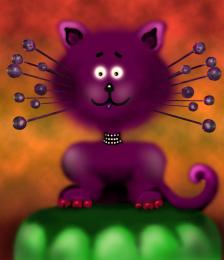 Fragrance by the Window

Everything in this image is created from the window design. The beautiful swirl designs lend themselves to a flowery image so well. 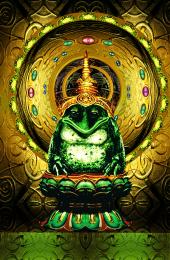 I misread the rules for the '5' so used all five of the current source photos instead of the ones we are supposed to use. Anyway, it was an interesting project and I can still enter it in this category. Thanks to the following for use of their photos: At flickr.com Tim Moffatt (crown); WilliamCh... 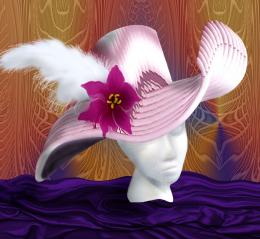 Thanks to Cubist Castle at flick.com for the head form source. Other parts of image all from source bench photo.

From the Wild Sea 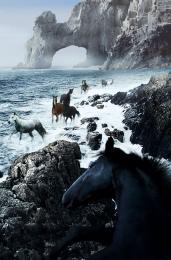 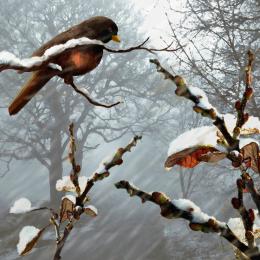 Source used for robin, (details in SBS), and thank you's to darwin at flickr.com for the snow scene used for the background.

Swimming Amidst the Sea Fans 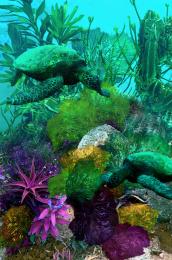 Thanks to Nemo's great uncle at flickr for the turtle source photos; to abraxas3D for the under the sea source used to place the sea fans made from the bracket fungus source; heirbornstud at morguefile.com for the vortex source used behind the background scene when I began.

Shades of the Orient

Windchimes are made of small parts (lights on bus, car wheel, etc.) ; flowers are made of petals made from front of bus, shade behind arrangement from window shades in bus, and container is created from window of bus. No outside sources. Background is pattern created from the entire source photo....

A Room in Wonderland 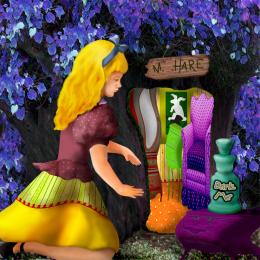 Please check my SBS before voting. Thanks to trun floato at flickr.com for the tree which houses M. Hare's room that Alice would like to enter. Everything else was done from the source photo and drawing with brush tools .

For: make a room contest 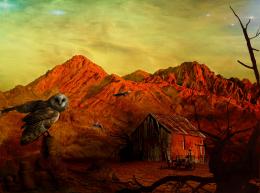 Just the source used on this take-off on Peter Max's colorful art works. To see some of his delightful creations go to: http://www.google.com/images?as_q="Peter%20Max"&safe=active&as_st=yo to:

Opening Night at the Gallery 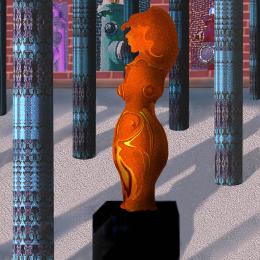 Sculpture, columns, background all made from the source. No outside sources used. Please see detailed SBS. 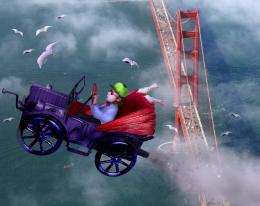 Thanks so much to teh0x at flickr.com for the gorgeous view of the Golden Gate; The driver and birds are drawn in with brush tool. See SBS for details, please. 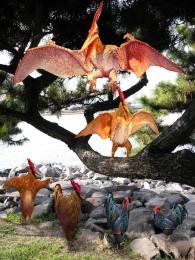 Thanks to amyvdh at flickr for the tree source photo;thanks to Yndra at flickr.com for the chicken;