The Knight and the Dragon 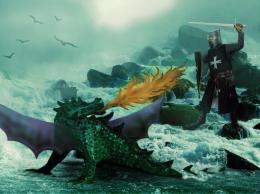 God's Country from on High 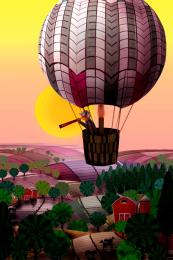 As I manipulated the blocks into some interesting patterns, they brought to mind the contour farming we see a lot of in our area. It would be amazing to see them from a higher vantage point, so that's what this little guy is doing. So much to see from up there. No outside sources were used.

A Bench of Busy Bishops 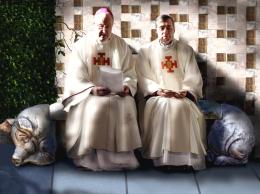 Never heard of a 'Bench of Bishops' before, but couldn't resist using this adorable bench. Thanks to niallkennedy at flickr.com for the photo of the bench. No offense to anyone, I sincerely hope, for using this bench for the bishops, but just wanted to put a funny twist to my entry. Also, thanks ...

All are done from the source photo. Please see SBS for detailed description.

A Flight of Stairs 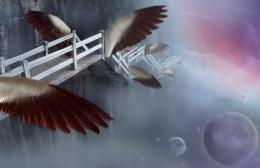 Thanks to the following at flickr.com: hypergenesb for the planet photo; alternakive for the stairway to heaven photo; CharlesLamb for the flying bird;Also, to kconnors at morguefile for the aurora photo. 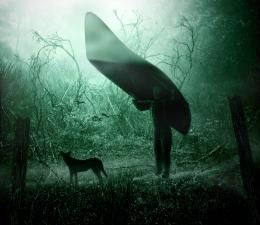 The canoer has broken camp early in the morning and is on the portage trail to continue his trip with his faithful dog. Thanks to camil tulkan at flcker.com for the dog source photo.

Thanks to cindy47452 for the ivy source (flckr) and to Fin Fahey at flckr.com for the tower source. Ladder was created from the chair. The concrete planter was made from the wall behind the chair, and the dead plants from the flowers on the chair. 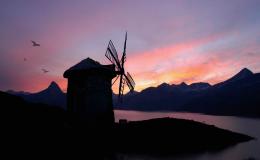 I decided to feature the mill against a striking background. Thanks to cgtextures.com for the beautiful sky source photo. Birds are painted in with brush tool. 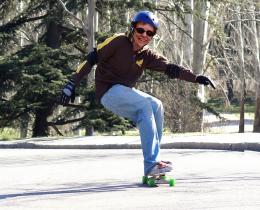 Thanks to myprofe at flckr.com for the great skateboarding photo. It appears that only the face was changed, however, body was way too large, so as SBS shows, other changes were also necessary.

For: self chops contest

Cowbarn at the County Fair 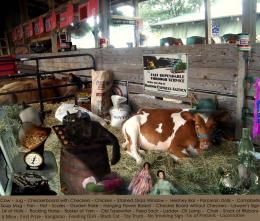 Most of the source photos used were those which I took at our county fair last summer. This is the heiffer which won a little boy first place and best of show even though he had to show her while on his crutches following a terrible auto accident which killed his mother. He was so brave. He had ...

For: i spy contest 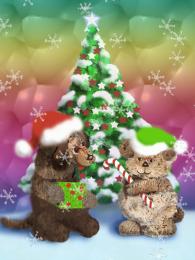 I saw some cute animal faces within the sponge man, and needed some place to set the little animals, so the tree evolved at that point. Merry Christimas all!! Just the source used with some brush drawing added. 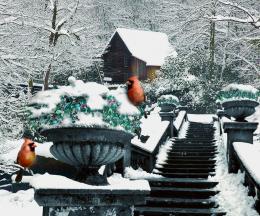 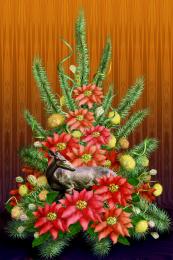 Everything but the deer (which is my own photo) is created from the source photo - layers upon layers. Tiny pieces of the green hose makes up the pine, bricks became flowers, as did the hose nozzle. Happy Holidays!! 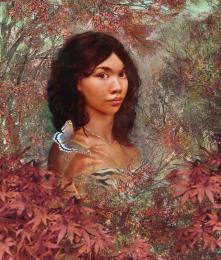 I have edited this with different background sources, since there was a question about my original source. My apologies to those who have already voted. Thanks to the following at flickr.com: Gabriella Cameratti for the hand; also, to katmystiry at morguefile.com for the butterfly; thanks also...

A Fish Out of Water

Thanks to bliss at morguefile.com for the fish source photo; also, to kblount at mfile for reference I used to do the shapes from the lemon in the main source photo. 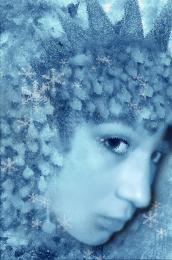 Only outside sources were a fine blue geode photo by nasirkhan at morguefile.com (Thanks so much) and a red hat by alice_palace at flckr.com. Girl is my own photo. (with permission). No fancy 'tools' as I just use Adobe PS6, but still an interesting contest. I designed the snowflakes since I don...

Birds are created from the star source, as are the beads, wreath and tree. Please see SBS for details. 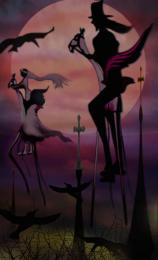 Thanks to betbele at flickr.com for the red sky source; to trailbog at pxleyes.com for the church steeples source; The figures and birds are hand drawn with brush tools. My own rocking horse source became their nightmare 'steeds'. Thanks to cgtextures.com for the trees used at the bottom.

Rope used for girl's hair, basket, and vines. Flowers made from stone under the rope. No outside sources.

No outside sources used. Full details in SBS. 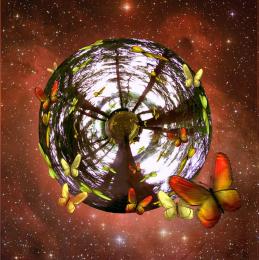 Thanks to betbele at flckr.com for the beautiful red sky source. The rest if from my own photos and butterflies I created. If you haven't tried doing a planet yet, be sure to give it a try. Many wonderful examples on flckr.com 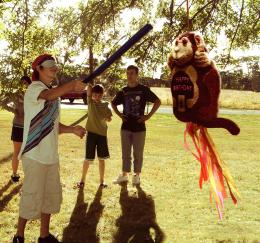 Just my own photo along with source was used. Tough part was making the whole entry backlit to go with the party photo. Motion blur shows that someone is moving pinata while blur is on arm and bat as boy swings and misses. 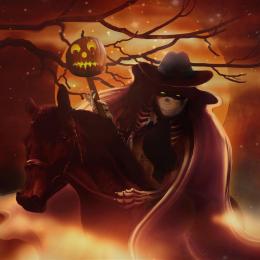 Thanks to the following at flickr.com: ktylerconk for the horse photo; to mike.in.my for the Great orion nebulae source, and to daryl_mitchell for the jack o lantern source. Cape, moon and tree are drawn in with brush tools.