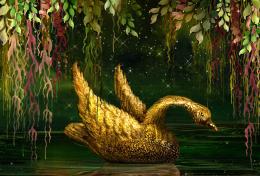 In a quiet spot at the edge of the lake, A golden goose is no longer awake, Touched by the hand of the king, Who into gold, turned everything. No more to swim through waters cool, No more to glide through sunlit pools, Now just gold, of a golden hue, Forever, gold, through and through. ...

A Roosting Place for the Night

No outside sources used

What fun to honor such a great guy who is SO creative, so witty, so prolific, and really reaching 'for the stars'.

Buried in the Sands of Time 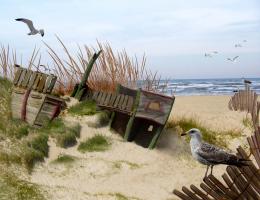 If We Had It To Do Over 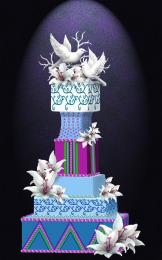 Our wedding cake was all white with flowers on top - eons ago, it seems. If we were to do it over, we would have a real 'cake boss' cake with lots of color. This was such fun to do. No outside sources were used. 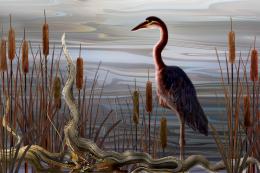 Water, cattails, heron and driftwood all created from the source photo. Details in SBS. 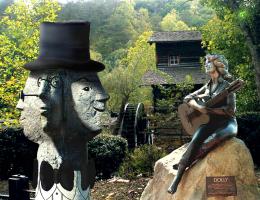 Thanks to Hillike at pxleyes.com for the hat source. Dollywood statue is by stephenconn at flickr.com Background is my own Dollywood photo.

Galleon in the Bay

This is a very stylized interpretation using only the source along with some brushed-in ropes, tree trunks, and details on ship. Details in SBS. 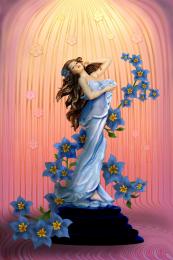 Just the source is used to create background.Flowers created with Adobe 6 tools. 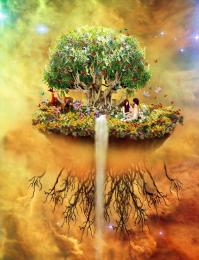 Only my own sources were used except for the background NASA photo.

I have really, truly wanted a water garden behind my house for so long. Thanks to David Hegarty at flckr.com for the swan source; thanks to gotmeamuse at pxleyes.com for the background trees; to badastronomy at pxleyes for the nebulae;

Sun-dappled Stairs to the Fall 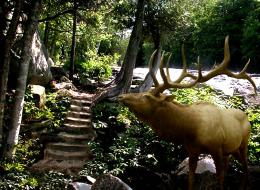 For: alley up contest 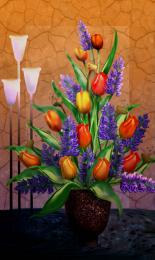 All images are from the source photo except crack pattern. 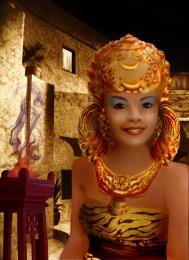 My own photos are used along with the source. Smoke brushes from Brusheasy. 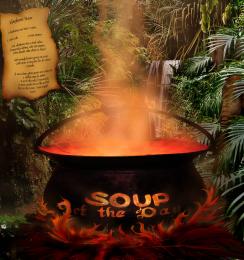 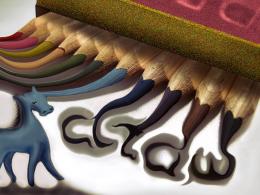 To Chase the Blues Away 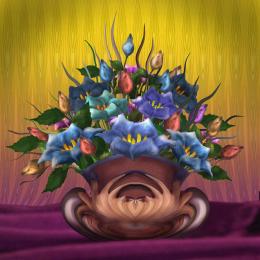 Made from source only. Please see SBS. 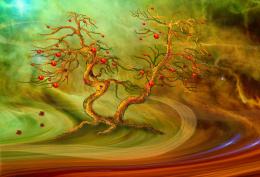 Thanks to NASA at goddard for the beautiful nebulae source used for background. 'Boardwalk' blended into it nicely. Please see my SBA for details of tree and jewels.

For: board walk contest 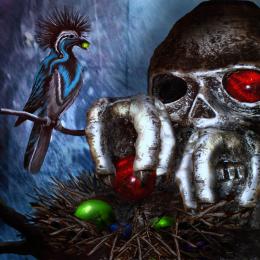 Design rather than realism of bird and vines became the focus of this image. Rhythmic birds and vines were created from skull using various tools; thanks to mike-in-ny at flckr.com for the nebulae and NASA Goddard for Lagoon nebula used for background. Please see SBS details.

The Light of the World 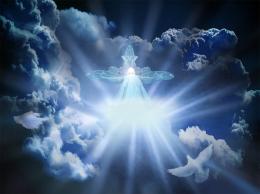 Sculpted of a Sculpture 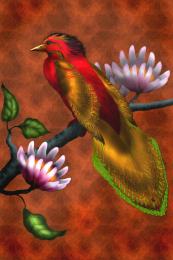 Just the source was used as per my SBS. 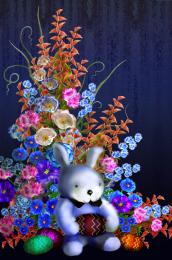 Only the source was used. Background foilage was created from a ribbon on one bunny, and other flowers from the bunny fur. Details in the SBS. This bunny was holding a football, which became an easter egg. A little early for Easter, but Happy Easter anyway.