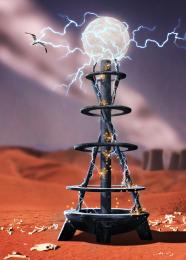 Inspired by the defensive structure with the same name from the game of my childhood: Red Alert, and presented with admiration & respect towards the Serbian inventor: Nikolas Tesla. The punch line of my entry: Without a strong set of moral beliefs, without kindness, faith & love, no ma... 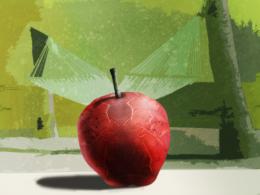 Modern art is: " I can do that myself! " My objective was to create something simple and appealing. It wasn't that simple and you decide if it's appealing. 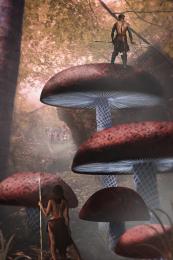 A team of scouts discovers the invading forces advancing through the forest. I would like to mention & thank Marcus Ranum, for his quality stock. Mouse drawing the characters would have taken me another 2 days to finish the entry. Please check the full resolution. 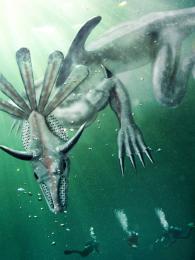 Protecting his submerged vestiges in the North Pacific Ocean, near the ancient city of Tehuantepec, he attacks clueless divers and treasure hunters.

Not A Thousand Armies 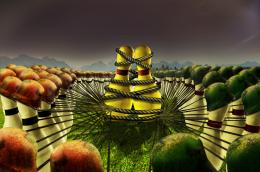 "Sometimes you meet a love that not a thousand armies can break apart." - or something like that.. It was a quote from "Dinner for Schmucks- 2010",it was really funny in the context and it also inspired me in creating this. It represents people or forces that by trying to ... 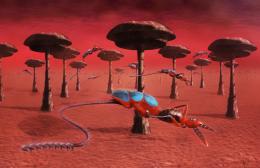 An alien landscape populated by floating creatures which use the gas in the atmosphere to float - by compressing and releasing it - like submarines do. The atmosphere is dense made by a mixture of ignitible fluids. The gigantic mushrooms serve as hives for these creatures. I was thinking that the... 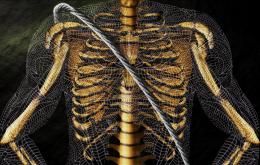 This is one of my entries before the Big Bang. On my PC, I only had the 3rd psd I was working in ( I used to work in different psd, then merge and work on image cause my PC was getting slow),so i had to find the source(thx mqtrf) and redo the SBS. 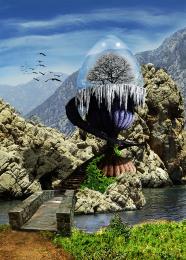 Winter was trapped in a glass egg, from which it now escapes in order to reestablish its reign Feeling the chill in the air the birds are leaving. It's time to put the gloves on and prepare for the cold season.

Who's gonna drive you home ? 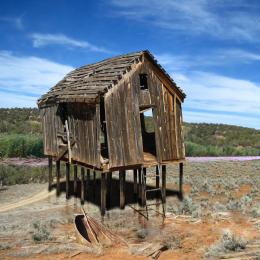 The process of creation is not linear, they told me.. I believe them now.

Made from source, hook was painted, background inspired from a tutorial, bubbles made by author after a few attempts.