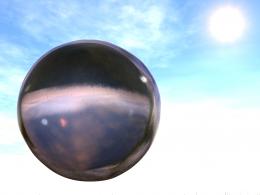 Last minute entry.. I rendered this image with high rendering settings in 38 hours but had 4 hours left at 97%. So I had to cut all enchantments. Just in case someone wonders. The upside down is what it is because of the refraction (google it). It may look reflective, but actually it's almost onl...

No sources. All textures self made. Photoshop for post processing (contrast and hue/saturation).

Well, this may be more of a plant than a flower. But hey, at least it's botanic! :) Anyway, this is the story: I started modeling the flower that grows on the Venus Flytrap (Dionaea muscipula), with the flytrap and worm beneath it. The flower part of the plant did however turn up to small in the ...

There's a lots of strange dices out there, especially in the world of classic role playing (pen and paper style). So I thought, why did we limit ourselves to the traditional D6? Every object is self modeled/textured. I used a image from CGTextures for the basic coloring layer of the background ta...

Mid 1600 entertainment below deck. Pirates loved playing back gammon...(?) Since realism was supposed to be the key in this contest I had to cut the specularity and reflections. 2 image sources from CGTextures used for coloring (see below), the rest was made by me.

A bold attack is half the battle? (All models and textures self made, no post processing)

An alien humanoid specie related to the early Homo Erectus. No sources. No post processing (besides scaling). It all took about 5 effective hours to model/setup/render.

For: free for all contest

A hostile volcanic planet, barely suitable for life. A small scale alien mining colony from the neighbor moon has dug themselves in to caves, to withstand the extreme temperatures and the radiation from the stars. That was my vision.. I would have wanted to tweak it and add more details, but I mi...

This one was made the sub patching way - adjusted point by point along the contest blue prints. Watch it in HI-RES 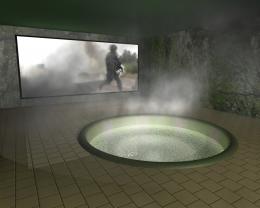 Last minute entry! I couldn't come up with an idea until yesterday. Because of the deadline I had to cut some details (meshes) to get the steam, water and global illumination (shadows) within reasonable render time. I will post a SBS within a couple of hours. 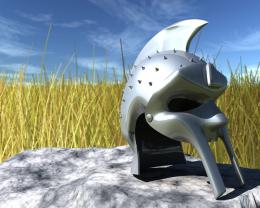 A tribute to the Mark Anthony helmet entry by *** :) I wanted to make something looking like the helmet/mask in the movie Gladiator, (Ridley Scott 2000). I didn't find any blueprints or good pics for reference, so i improvised my own version. The helmet part is spline patched togheter and the mas... 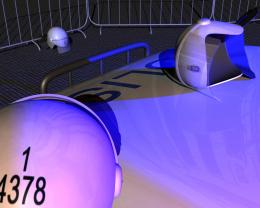 Couldn't find a good view to display this helmet, so I modeled and arranged it(them) into a scene instead. As always - it's better viewed in Hi-Res. (SBS coming up soon)

Spline patched model based on blue prints of a Cessna (by Richard Ferriere, se source link)

All made in one object. One 16644 poly subdivided/modified flat square for the landscape and a 1 poly flat square for water. The rest is just a whole lot of texture layers. The foreground grass is a displacement plugin that makes fur, modified to look more like grass. No Photoshop post processing...

Modeling, texturing and rendering in Lightwave. Color/contrast adjustments in Photoshop. Only one source - the grass (see link). The rest was made in Lightwave. Edit: Fixed the bench shadows (thanks CMYK)

This entry was made in LightWave 3D 9. I haven't used the program for a while, so this was a good repetition. All though fun, this entry took way to much time. About 12H of modelling, texturing and setting things up, and then another 19H 55M 2S to render in full antialias with radiosity. *No s...