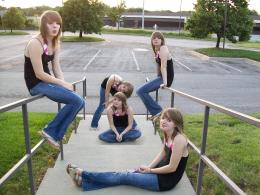 It's cloning time! Take a bunch of pictures of the same person or animal (different positions), and put them into a scene as if they all belong there. Your challenge is to make us believe that they are quadruplets or octuplets or even nondecaplets, whatever number your heart desires. The person can be wearing different clothes and be doing different things, it just has to be the same person or pet. Try not to use yourself as this may give away the identity of your entry and it could be disqualified. Have fun!


Status: finished. Check out the winners below!
Suggested by: EmiK
erikuri: Nice suggestion, Emi! This will be funny!...

Home » Photoshop Contests » Cloning Time » So Many, help us all 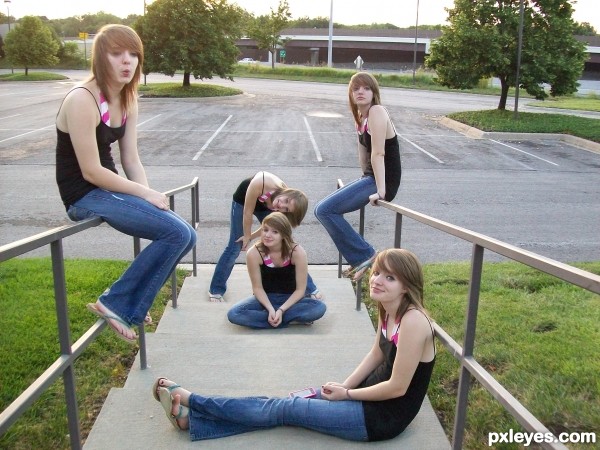 I took these pictures and tried to put them together back around 4th of July, but was unaware of how to do so and it was horrible (no shadows and very jagged layers). I have since learned about masks and other things so I figured I would give it another go.

Hope you enjoy, and constructive criticism is always appreciated! (5 years and 2706 days ago)

I think you did a great job here.

There's a slight green line on the clone to the far left, on her back but you could fix it with color replacement tool, where the Healing brush it. Other than that, it's pretty neatly chopped. GL!

@ jawshoewhah says:There's a slight green line on the clone to the far left, on her back but you could fix it with color replacement tool, where the Healing brush it. Other than that, it's pretty neatly chopped. GL!


I tried to go back and fix the green line on her back. It wasn't from the chop, that was the original image I used (as the background). Possibly from using a point and shoot digital camera that is a few years old. For some reason the grey to black contrast between the shirt and parking lot made a ghostly green line appear.

.... Ha Ha I just found the color correction brush and it worked. Thank you for pointing that out! I looks a ton better now 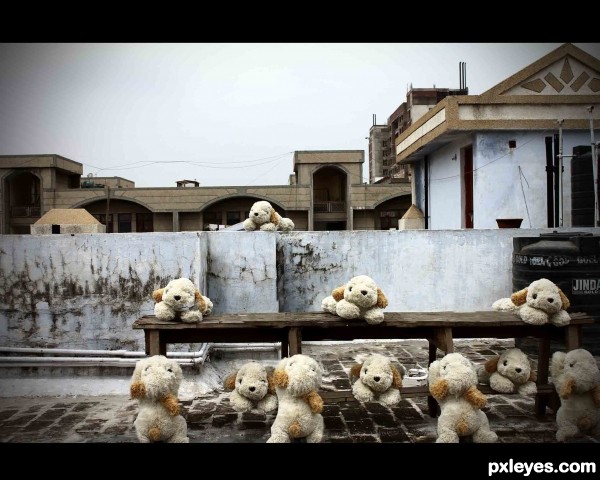 Good idea! You could straighten the horizon it's very crooked now. Also the black borders are a little distracting. Gl

ahhh geez.. now I want them on the roof tops and in the black bucket.. EVERYWHERE.. lol.. very very cute

so cute.
very well work
keep it up
GL

This is why you should get your stuffed animal neutered...lol

These fluffy toys are so cute

relaxing in the sun - created by janetww 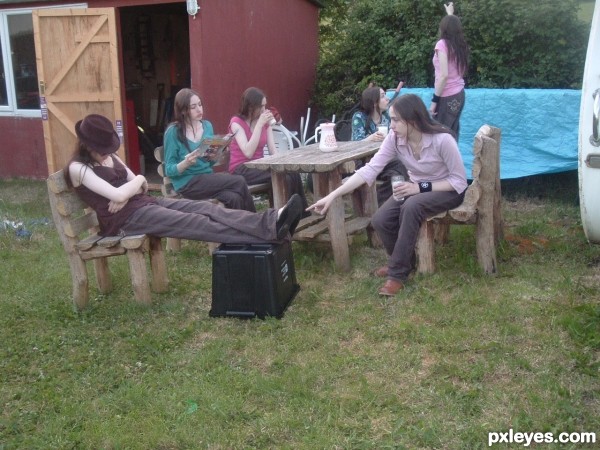 Nice result. This technique is usually used in photography and quite easy to execute because the background, light is fixed

thanks everyone yeah I did do it quite fast lol I like doing these pictures. 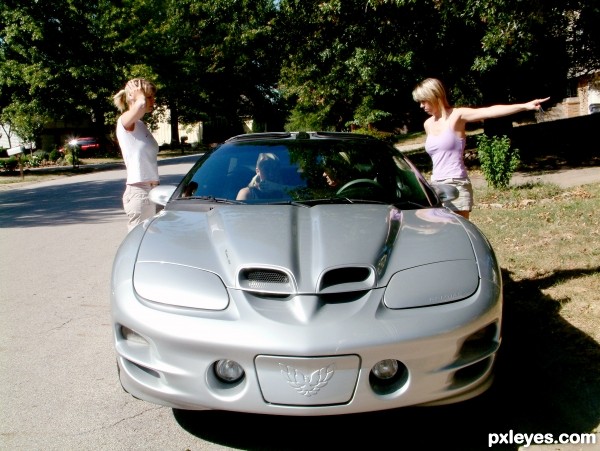 I had a vision when I created this one. 4 clothing changes later and there's an argument going on about her driving ;). Driver is choking out the passenger, "motherly figure" is telling them to get out now and go to their room, and the other one is about to rip her hair out.

Lots of fun but originally I was going to have the driver and passenger fighting out of the t-tops but couldn't get the choking hands right, and it was too freaking hot outside! It was bad enough I took over 100 pictures just to get the angles, so I decided to have them fighting inside the car!

I think you did a fine job.

It's a little hard to see the ones inside. Maybe have passenger with a raised (alarmed) hand/arm. But, very good job

I agree with kyricom; maybe the ones inside could argue outside the car...

very very cool work author...like the ride so much...

Thank you erathion. I love that freaking car

hard to find them in good shape!

.. try the dodge tool set on a light highlight setting to see if you can get the definition of the two passengers clearer.. (It's absolutely fine the way it is, but the expressions on the peeps in the car are great!!)

EDIT: GREAT improvement.. I can see them much better and I didn't even have to go to high res.. great job!!!!

@ Drivenslush The highlight tool added too much blue due to the casting on the windshield. I instead tweaked the levels as well as the exposure and came up with something a little better, at least now you can see the expressions a little better. Thanks for the headsup!

I think this was taken from a sweet dream I had the other night !!!!

Congrats again...nice week for u Abby...

working in the kitchen - created by janetww 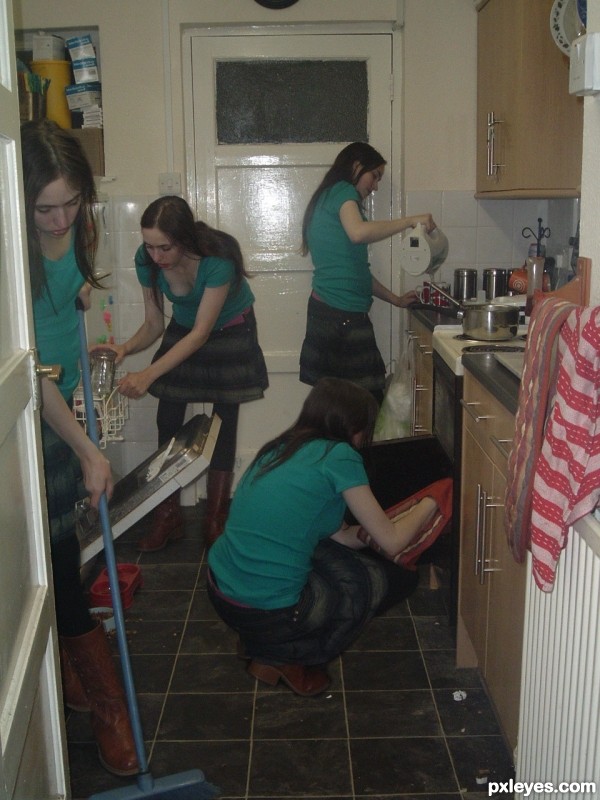 oh god how I wish I had a day where there was more than one of me....... especially when I have to clean the kids room lol

A bit noisy but nice chopping!

it be even better if u could change color of the T-shirts...now is a bit to much repetition...good luck

Awesome, now that kitchen is going to be spotless = )

Who's turn is it to do the dishes ?