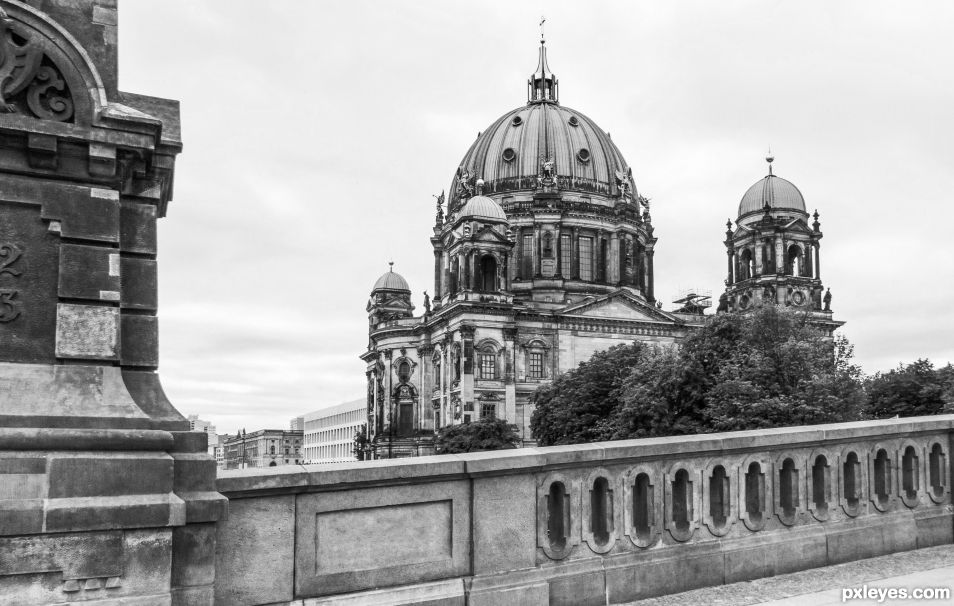 With its magnificent dome, the Berlin Cathedral is definitely one of the capitalâ€™s crowd pullers.
Located in the northern area of the Spree Island, many of the buildings that were previously located here date all the way back to the 15th century.
In the 19th century, the ruling family of Germany, the house of Hohenzollern, was living right next door in the Berlin Castle and they thought that Schinkelâ€™s rather modest domed cathedral no longer corresponded to the image they wanted to project of their family. King Frederick William IV thus decided that a magnificent cathedral should be built. The cornerstone of the current representative church was laid in 1894, the inauguration took place in 1905. The cathedral suffered major damage during World War II. In 1975, the GDR began to restore it, which was not completed until four years after reunification in 1993.
(5 years and 77 days ago)

Good in monochrome, it was the wise way to upload this.