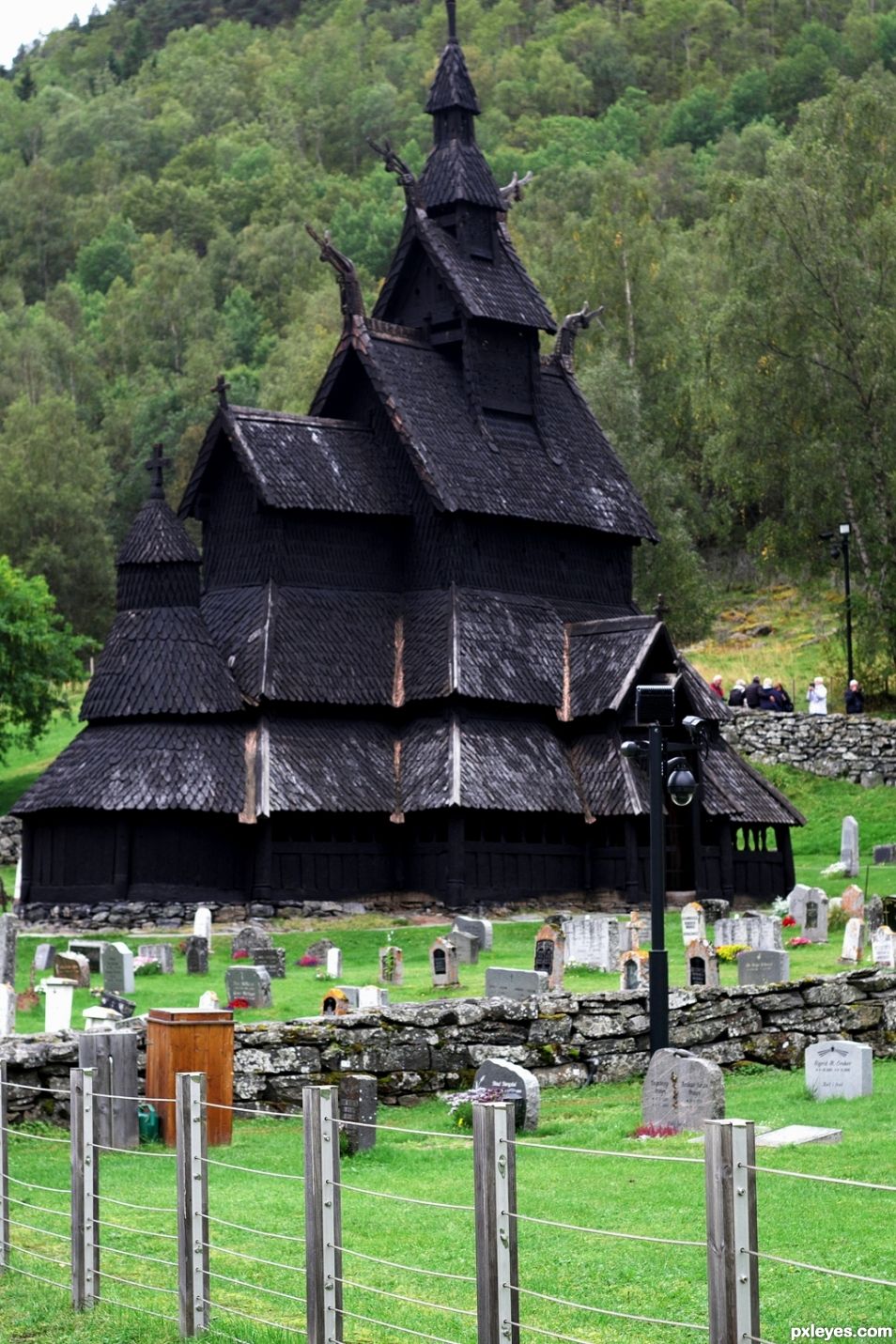 Borgund Stave Church (Norwegian: Borgund stavkyrkje) is a stave church located in the village of Borgund in the municipality of LÃ¦rdal in Sogn og Fjordane county, Norway. It is classified as a triple nave stave church of the so-called Sogn-type. This is also the best preserved of Norway's 28 extant stave churches. The church is part of the Borgund parish in the Indre Sogn deanery in the Diocese of BjÃ¸rgvin, although it is no longer used regularly for church functions, it is now used as a museum and it is run by the Society for the Preservation of Ancient Norwegian Monuments.

Borgund Stave Church was built sometime between 1180 and 1250 AD with later additions and restorations. Its walls are formed by vertical wooden boards, or staves, hence the name "stave church". The four corner posts were connected to one another by ground sills, resting on a stone foundation.[1] The rest of the staves then rise from the ground sills, each stave notched and grooved along the sides so that they lock into one another, forming a sturdy wall.

Thanks for the helpful suggestions.