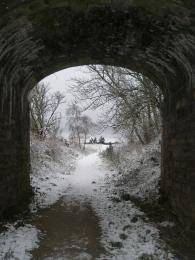 In many parts of the world the ground is covered with snow this time of year, so we might as well shoot it. Enter your most artistic picture of snow. Anything goes as long as natural snow is the focal point of the photo. Good luck!

( 5 years and 1900 days ago )
janetww: grate timing lol woke up this morning to a white canvas covering my village. ( 5 years and 1899 days ago )
MnMCarta: SO while ya'll are goin out and freezing getting such beautiful shots... I've decided to head to the beach today in our 70 degree weather

( 5 years and 1899 days ago )
bandit69: I think I may be allergic to snow. It causes irritation to the skin when touched,

Through the tunnel - created by Ory 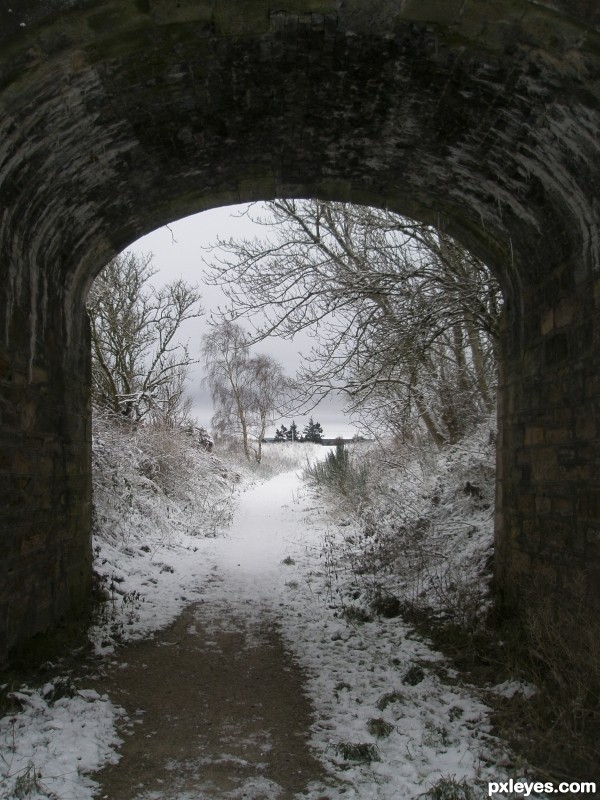 I love this photo, but would crop a lot off the top and bottom, the view itself through the tunnel looks like an old fashion porcelain painting.

Agree with all of them...Marvellous

Thanks for all the positive comments everyone, really means a lot to me when people appreciate my photos.

MODS!, I meant to put a comment watch on this beautiful photo but hit red flag by mistake, please ignore.

As soon as i saw it, i felt my heart break of emotion, but I still don't totally get "why?". I guess it's just so artistique.

Thanks for the positive votes and comments 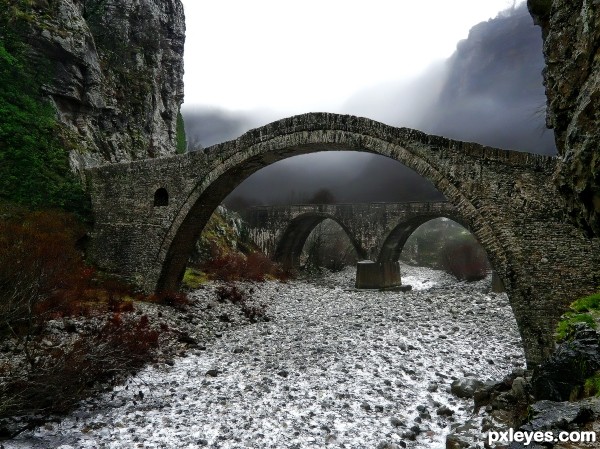 ZAGORI. A peculiar geographical and cultural unity consisting of 46 traditional villages that are scattered in the east, central and west Zagori. It is geographically located between Ioannina, Metsovo and Konitsa with natural borders mainly Mitsikeli, Gamila and Aoos. The area is a combination of scattered pines and firs, crystal clear waters, traditional stone-made bridges, old manors, beautiful churches and lush vegetation. An area with flora and fauna of the richest in Greece not only in number of species but in rare ones also. Here one meets the bear, deer, wild-goat, jackal and others.

Central Zagori
Vikos Gorge. Vikos gorge is at the west side of the National Park Vikos-Aoos and crosses West and Central Zagori. Its length reaches approximately 12 km., and the height of steep cliffs exceeds 1200m. In many spots, while its width is around 100 to 1000m. The gorge is water-made formation and is cut through by Vikos River, the water is seasonal. Flora presents a wide variety of willow trees, sycamores, sphendamos but also flowers and herbs. In earlier days alternative doctors picked up herbs in the area the so- called Vikos-doctors. Skilful walkers can cross the gorge, it takes 5 hours to walk to the Springs of Voidomatis River, in a magnificent landscape, characterised by the grey rocks and the green vegetation. Monodendri Monodendri is one of the most well known traditional settlements of Zagori. It is the home of Rizari Brothers benefactors, their foundation is well known all over Greece lor its great social work. The great manor houses and churches express the economic prosperity of the citizens during Turkish occupation. Recently restored manor of Pantazis hosts occasional exhibitions, while in the outdoor theatre important theatrical and musical performances take place. Right at the centre of the settlement St. Athanasios church dates back to the beginning of 19th C. The icons of the temple are dedications by the Rizari Brothers. In a small distance from Monodendri is Oxia, well-known for the beautiful view over Vikos gorge mostly for its stone-forest. There are huge rocky creations with horizontal layers of stone one over the other that form a natural monument of great geological interest.

Noutsou Bridge or Kokorou. It was built in 1750 by Noutsos Kontodimos. A big single-arched bridge over Vikas. It is also named Kokarou after the owner of a nearby mill who took care of its repair. (5 years and 1899 days ago)

WOW! It has such a mythological feel to it... Beautiful

Stunningly beautiful, thanks for all the information.

What would you consider as the main focus Jaw???
With your expirience is that off theme?
Should i replace it before it gets removed by the mods?
What should i do?
Please help!!!!

This is beautiful, but I'm confused. I'm having trouble seeing snow, and when I go to high res. it looks like it's filtered. Please explain if you will.

I just aplyed a noise reduction over the image pingenvy thats all!

Quit being a self-conceited arse would be a good start.......

If you stop being one too,maybe i will...

So nice....the way the sun is hitting the snow. 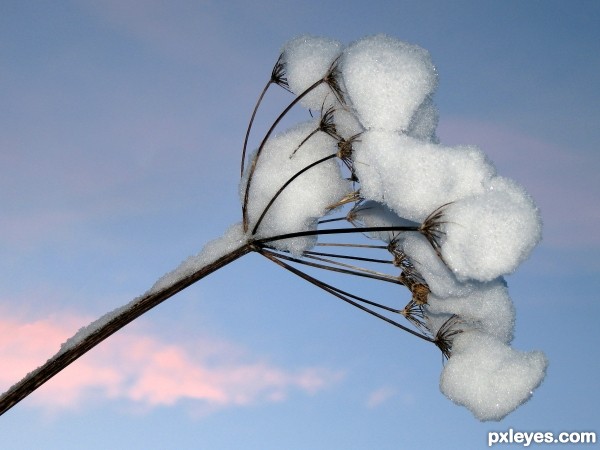 WOW! I'm moving where you live! There's always something nice to shoot over there 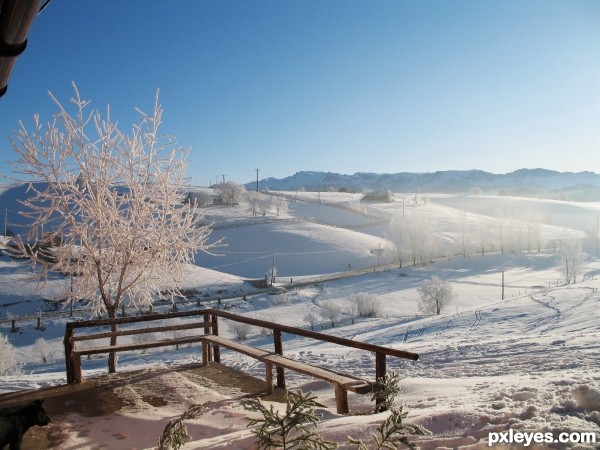