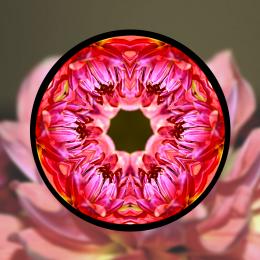 The Dark Spirit haunts the dungeons of the Castle of Morden. No one slights the Morden, or they face its wrath. Dungeon thanks to stevesheriw from Flickr. Other than the background, I used only the source image. Please view in high res.

As she gazed out into the plains, she remembered all of her friends who used to be there, before the poachers came. Images from flickr - users attributed in source names.

"Son... if you think you're gonna play chess on that board, you're out of your skull."

I was experimenting with grids and patterns and came up with this. Please view in high resolution.

"Hey Mommy! Look what I caught!" "Good job Dear!" "Can I keep it Mommy?" "No Dear, you have to let it go, or else there might not be any fish for you to catch later." "Ok Mommy." Thank you to bogdog Dan for posting the source image on...

For: got away contest

I published photos... I sent them videos... I told them time and time again... but no one ever listened! Now it's too late: we're all doomed! Thank you to ecstaticist who posted the city image on flickr. Please view in high res. 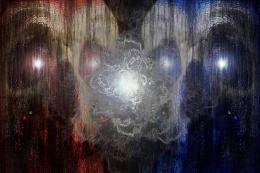 I felt that this competition wasn't dark enough yet. EDIT: People complained that they couldn't recognize any part of the original image in my picture so I decided to destroy my picture, and the best to destroy anything is by blowing it up! Thank you very much to Dawn Endico who posted the sku...

Clowns are almost as scary as mimes...

Disclaimer: This picture makes no sense. Please look at it as an artistic work and don't try to make sense out of it. Originally an alligator from the sewers of New York City, this creature ended up on Three-Mile Island, where he fed upon radioactive hamburgers until he became this creature. He...

Chillin' with the alligators...

I should be using a smudge-guard when I sketch this to make sure my hand doesn't do anything to the image, but I don't feel like it. Also, I sketch really fast. Hand from stock image from flickr posted by Cybergabi.

Tears are stardust and water; wishes and worries that may never be fulfilled. Image from flickr posted by Liber.

For: your emotions contest

Life is like music; it has a pulse, a rhythm, and a thousand melodies intertwined, millions of strings vibrating to different tunes... to find just one string and tune to it; THAT is finding the soul. Original image posted on flickr by Jaako

You know, I wish I could see around the backyard at night... I know! I'll make the birdhouse into a lamp! GENIUS!

And the sun disappears behind the mountains... 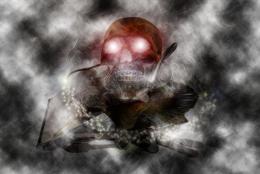 I used a combination of clouds, lens flare, glowing edges, and distortion effects. I also used a custom brush with a scatter effect. Most of my blending layers were either hard or soft light.