Worked with the surface blur tool in order to get a smooth effect on the skin. Blurry brushes where useful for blushing some parts of the skin. The flower is made by myself from the source image. Just see SBS. Enjoy! credits and thanks: http://www.cgtextures.com http://create-stock.deviantart.co... 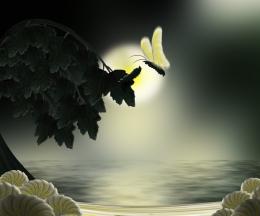 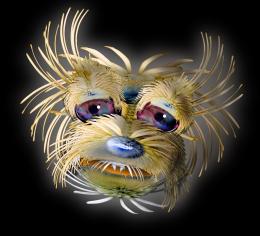 What I've learned...red does not upload well. I resorted to using gaussian blur on the red parts and shrinking the image down to a height of 500 pixels, trying to make the upload look as well blended as it does on my home image. This is as good as its gonna get.

Only the source image is used. 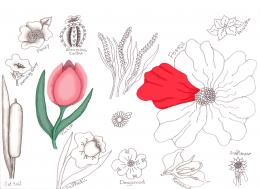 This is funny in a way, my son is taking a drawing class in school and I have been teaching him to draw flowers in folk art style. I had made him a little guide book for it to guide him in his practice. I tend to draw anything if I am talking on the phone and the flowers you see here have come fro...

Houston, we are staying here!

***I had to change my background grass texture, the new source is listed below as #2***** Not as long a source list as I thought: "Fairy Tunes" by ~atistatplay at deviantart.com: http://atistatplay.deviantart.com/art/fairy-tunes-71319411 "Grass " by DaveNeukirch on Flick...

This would be the place for all those magicaians, archimages, sorcerers and other magic users that need a quiet place far, far away to retire. Like a ocean liner in the sky...