Nice idea, I like the thought that the buttons can be dragged

. Tiny thing: for some reason I'd connect "refresh" and "stop" with each other. I understand your link with the red button=stop, but I'd place "home" in the middle, so that the other 2 buttons will have more in common. On the other hand, maybe I think too much in the classical buttons, so it's up to you if you want to change or not

actually WAZ I was staring at my browser and the stop button is an X and that's why I placed it in the center of an X... (I'm always looking for the X button when I accidentally load a viral website and forget that X means stop.. I want a red button.. LOL.. Great Suggestion though.. thank you!!

interesting concept, but as icons, do they need to be text based??... I think your 'out of the box' concept is let down by the idea to put conventional text in place of many icon based buttons... whereas a development of these would be more in-line with your concept...

I made it so that you could EDIT it.. you can replace the words with Icons if you want.. it's up to you

Personally, I hate Icons JamesD... I prefer words, I got my new phone because it came free with my renewal and it takes me about 20 minutes to get my messages because I have to wade through a stack of cute icons that make no sense to me...

Instead of RINGTONES.. I have two golden bells that wave at me
Instead of MESSAGES.. I have a red square with a tiny MS in the corner that I can barely read and when I scroll over it a cute little letter with stamp and everything comes flying out from behind it
Instead of RECENT CALLS.. I have a old school phone with an orange and green arrow pointing at it.. for added joy it wiggles... woo hoo
Instead of CONTACTS.. I have a blue book thing with a piece of paper falling out and when I scroll over it, it unfold into the tiniest little notebook that isn't even recognizable... (eye roll)
Instead of MEDIA CENTER.. there's a shape of such massive confusion that I have no Idea what it is (it looks like a purple duck head jumping out of yellow box with bad hair)
Instead of EMAIL... it has a Plasma TV with and @ symbol in it.. (it's so small, I thought it was the symbol for GE
Instead of NAVIGATOR.. it has books falling over on a shelf with a clock..
Instead of MOBILE IM.. I have two bubble people exchanging thought bubbles (that one is okay, but since I never IM anyone, totally useless and I'd like to erase it all together..

Oh and the Red Tool Box with the yellow smiley face and the "TOOLS" jumping out of it the size of a rice krispies is really helpful... NOT

There's a reason why the Lettering system of Romans still exists and is in use today and the hieroglyphics of the Egyptians has been placed in museums..

(I have an IPOD and I know how to fast forward, rewind and play.. as to all the other little buttons, I have no clue.. hehehe

ok thanks for the essay, unfortunately i got bored and didn't finish reading... if you can change the words to icons then you should make your presentation more clear!

As for using Roman lettering!?... not every country on the planet writes it or can infact read it... icons are therefore universal and speak to everyone. If you find icons unreadable, wouldn't it be more of a challenge to evolve them...? what icons would 'speak' to you??
Just seems like you've taken a lazy approach to what could have been a novel idea... anyway I don't care one way or the other...

and am i seeing right that you give constructive criticism a lower thumbs up than a plain comment?...

James D wrote:ok thanks for the essay, unfortunately i got bored and didn't finish reading...

CASE AND POINT..
you can't read a three hundred word essay? (a whole 30 seconds of reading time) but you can note that I gave you a GOOD ICON.. (damn.. I should have used text messaging icons) hehehe.. very funny (your constructive criticism was more opinion... (your opinion is that ICONs are better and that is just fine)... (WAZ on the other hand got a gold star for explaining his Idea and why.. that's constructive)... you kinda just said ICONS are better and I disagree.. (I know the whole reading thing is hard.. but I did make it clear that the browser is editable so you could put any old ICON you wanted

OOPSS.. to many Words.. sorry.. I just couldn't figure out how to use icons to communicate the idea.. but then as you say.. I'm Lazy... I prefer to use words...

(You would have really hit your Idea home if you would have made your entire response in ICONS, that would have been awesome!!!) but since you probably got bored half way through reading this it's a moot point now

highly creative, author! I like the way you made it like an ad with the copy in the upper right.

I don't think you are actually understanding what i'm saying... and are hell bent on being awkward with me on this... have we perhaps had a similar discussion before...???

you might as well have used an existing browser and made it all text... and I mean every single button and/or link... that would have been more in keeping with the icons being bad approach.

I'm going to be interested seeing who you are author... lol guess i'll just have to wait till results day!?!...

unfortunately I got bored and couldn't read all those words... do you have the cliff notes?

Author I really like the text and agree with you about the ICON thing going on in this world today, it's kind a like a flame about 3 feet high... it burns my ass. It is a shame I have to go back to school to learn a new form of communication called icon. I wonder if English used icons work in say... Tibet? The only thing I see that could be corrected is that you did not put a MUTE button on your navigator. I like the idea of it being scalable, customizable, move-able why I suppose you could even change the language used on it of course that might require some folks learn to read.

Great Job, it would be very cool if pyleyes adopted this. Great presentation

Great Job, it would be very cool if pyleyes adopted this. Great presentation

This is actually pretty creative. It would take up less space than what current browsers have.

yes.. its a great idea and also a very YUMMY one.. hhhmmm..

u just need to add some shadow where the icecream is melting and spreading on the hand..

the ice cream (my favorite thing besides hockey!!) seems to be to the front of the hand (the drips and palm show it) but the stick is behind the fingers, it doesnt seem quite right. agree about the drip. the light seems to be from the top left for the hand and the right for the ice cream. good luck author! i love ice cream!

I made some changes, Hope it is better now...

find an idea - created by derdevil 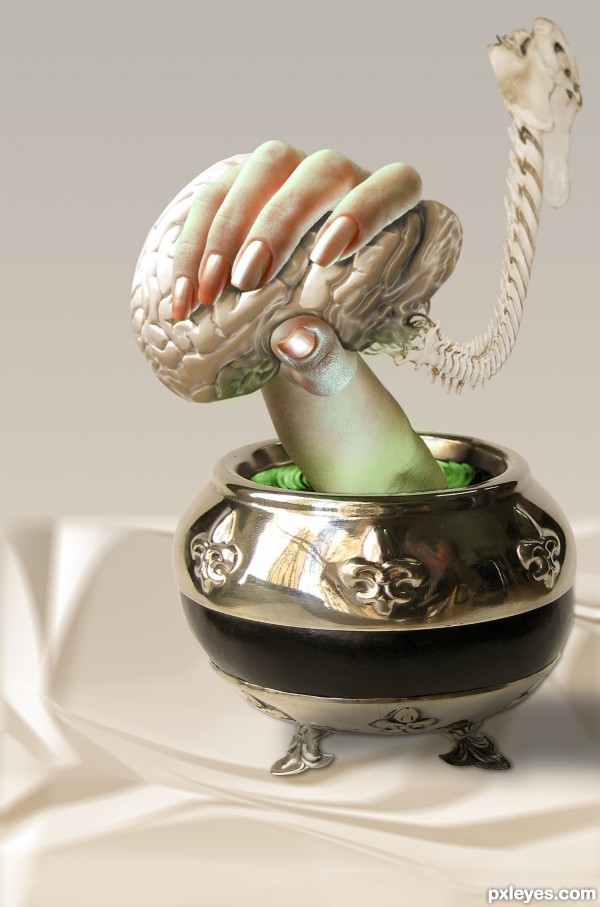 Nice job! The way you changed the wrist & hand is awkward, the rest looks great.

I love the way the brain looks around the thumb. Nice colors. Good job!

the legs seem to be floating, the one on the left especially. great job! love the title!

I agree with Elinoree about the brain around the thumb, it's nice. But the other fingers don't seem like gripping the brain, they seem like getting out of it...

Great, reminds me of Iron Maiden's Piece of Mind

Top chop for sure 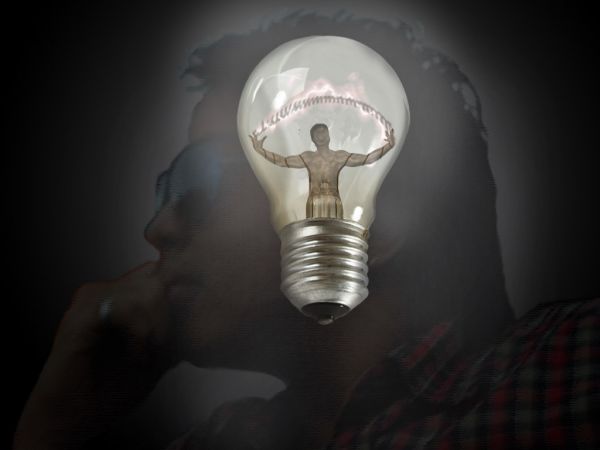 author, this is a good idea, but both of your sources are copyrighted... go to the 'resources' tab at the top and find new ones!

sorry i'm new here...both of the photos are from my camera. I just don't know where to put it in the internet.

would be better if the focus was more on the person 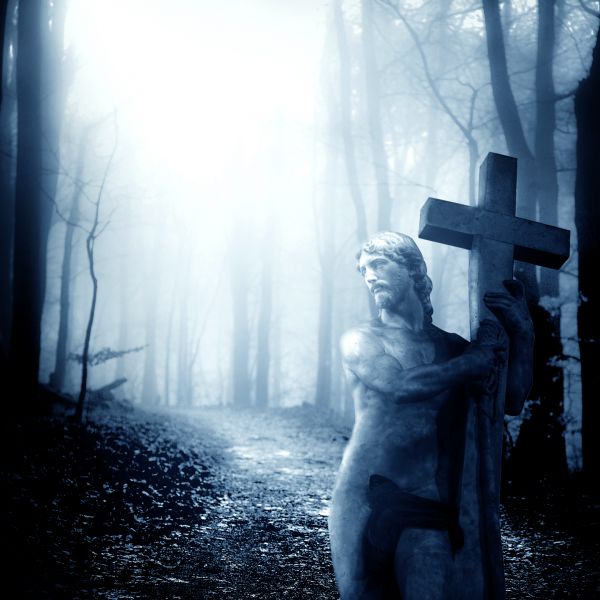 Although I don't believe in religion I do think this image is appropriate for this quote.

I think this is a wonderful image ...wow...the mood is great!

You don't need to believe in religions, 'cause they're made by the men, but you can believe that exists a Supreme Power above us.

Background is too blown out, but not a bad idea...

Background is a little bright but good image overall.