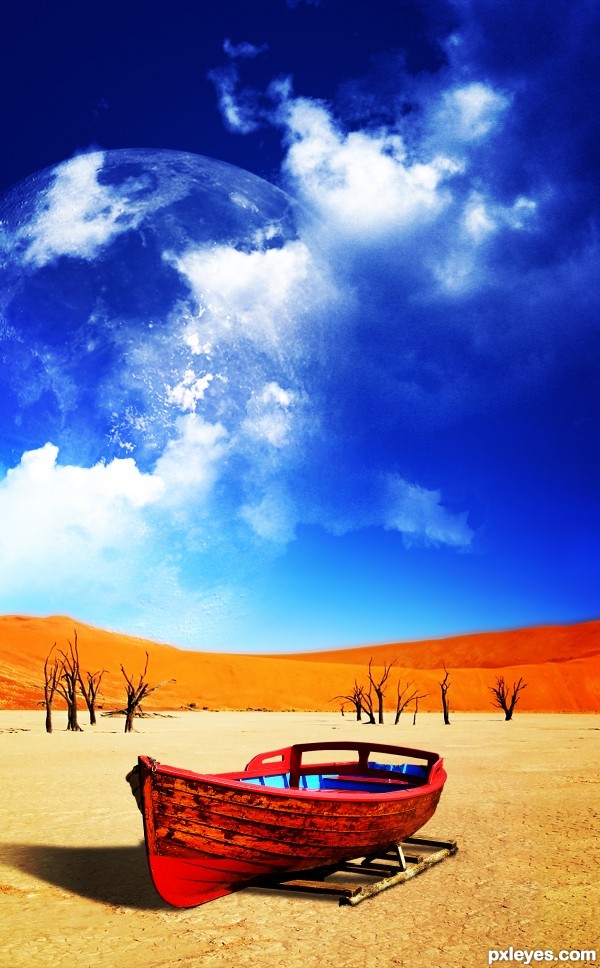 Dramatic. I love the saturated color. However, the boat's shadow seems too strong on the far left side of the image and the edges of the shadow seem too crisp . A gradient shadow with a Gaussian blur to soften the edges might be more convincing. The background trees are odd in that they don't seem to be casting shadows despite the intense boat shadow (which I admit is consistent with the source image which also has a foreground element casting a shadow [albeit not quite as strong and in the opposite direction as here] with no apparent tree shadows). Also, the cloud at 10 o'clock that precisely matches the moon's upper edge makes it look like it's on the moon.

Thank you DanLundberg! I changed the boat shadow