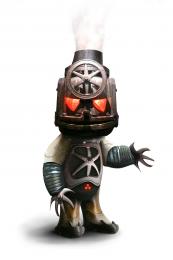 Download the provided image and manipulate it in any way you want. Good luck! 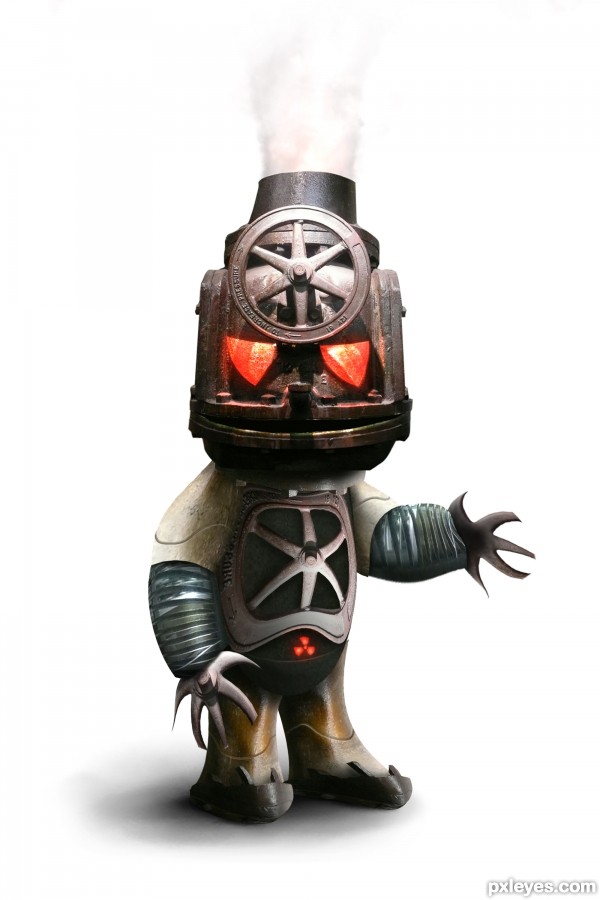 Nice... its a good image it's just a shame you didn't manage to define certain edges or give depth to certain parts... I know there isn't much time to change it but it's still a good effort... goodluck!?!...

ABOUT FRICKIN TIME.. I was waiting for a robot guy

congrats on ur win 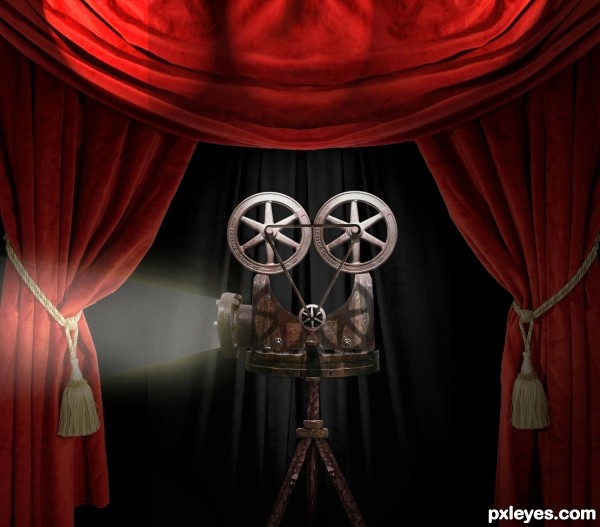 Author, you left some masking artifacts along the curtain, especially the right side, but it's a very nice idea.

IMHO the best entry it the contest...best of luck author

That is a nice entry....good luck 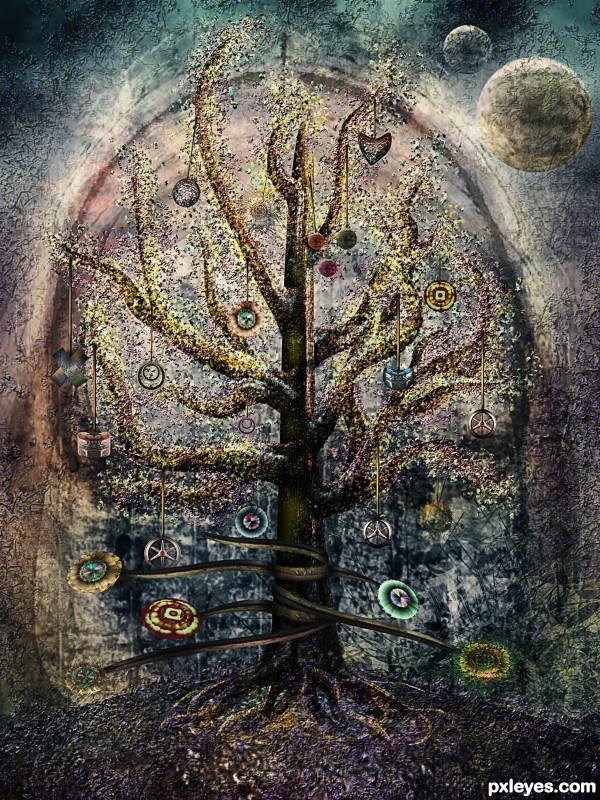 Source, Photoshop and Illustrator for some of the shapes. (5 years and 1749 days ago)

The wrap around branches at the bottom are SUPER AWESOME.. wonderful work author.. GOOD LUCK!!!

Good luck. It reminds me of Christmas...... Good work again.

This is distinctly different from the others.......well done. I find your artwork to be consistently fascinating.

ANOTHER EXPLICIT WORK OF ART FROM U...gud gng...keep it up

congrats for your third place..... 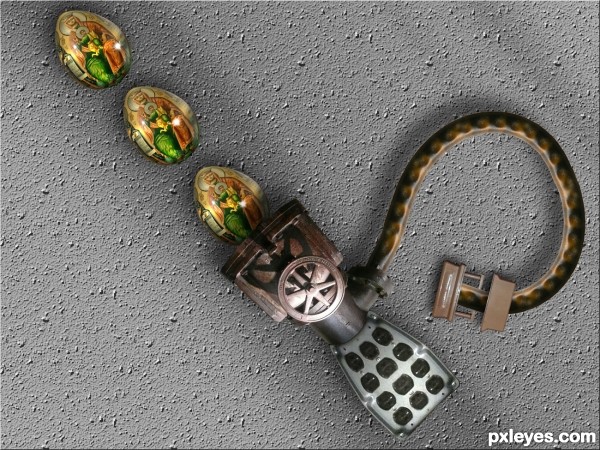 A must read book for everyone. I have like zero idea what your machine does (lays some nice golden eggs?) but it looks good anyway and very well done.

Absolutely amazing, Love it, adore it!

I don't quite 'get it'... there is an idea behind your piece I take it, but I'm obviously missing it...

In a fit of rage, the great Icons of Eastern Europe cried out, "Why Oh Why, must our eggs roll off the table and crash upon the ground? We do believe we lost a double yolk in that last one. Such a shame."

Along came Professor Jedediah Glicken Burger Meister Meister Burger.. (No relation to the Burger Meisters that Stole Christmas... Santa took care of him in Claymation) anyway... Jedediah saw the problem and invented a Machine that would force eggs to roll lengthwise... since this is a total impossibility, the machine just made the eggs sit there. but now no one was losing any eggs and all was right in the world..

After much money and royalties were paid to the Professor he exited to go on his own adventures... Years later it was discovered that the machine was just a modified glue bottle and all it did was apply a tiny layer of glue stick (similar to a 3m sticky notes) to an egg causing it not to roll. The detective that discovered this was immediately imprisoned as the Icons of Eastern Europe did not want anyone to realize they had been dumb.

Pretty Good.. I'm frickin amazing with all the crap I have to put up with LOLOLOLOLOL

The Peace Engine - created by CMYK46