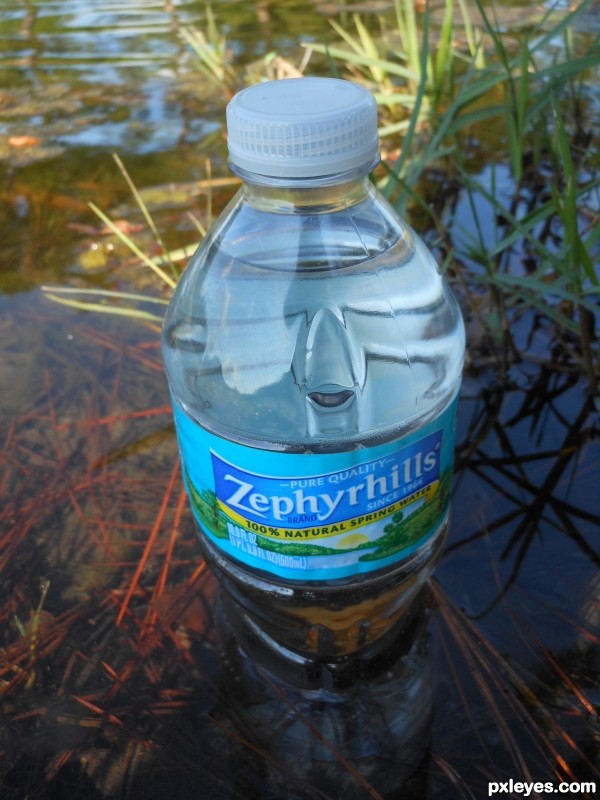 The state of Florida sells a natural spring to Nestle who takes 80 thousand gallons out of our Aquifer everyday and turns around it sells it back as bottle water. In the meantime, Florida utility (water) costs are rising, the state is proposing water meters on private wells and residents are on water restrictions to conserve water. Corruption right under our feet. (5 years and 2087 days ago)

That's sad, I think sometimes it's easy to forget how precious water is, thanks for the reminder.

Very true Emik. In USA we could drink out of any stream just a little over 100 years ago. Now we can drink from no streams at all. In the 60s I drank from high mountain streams, cold clear water. Now if you do it will make you sick. Very sad indeed.

I just think it's hysterical that Coke and Pepsi et al have somehow convinced us that we need to pay for the most plentiful element on the planet. I'm with you, cabldawg, I used to drink from those streams too, but now you'll get Giardia. However, even with all the problems, the US still has the cleanest water on the planet. If you drink from the tap, you'd be fine. But now we're supposed to waste our money on Coke and Pepsi's tap water - in court they both had to admit (Aquifina and Dasani brand) that there's nothing "special" about their water - they just got it from the factories' taps.