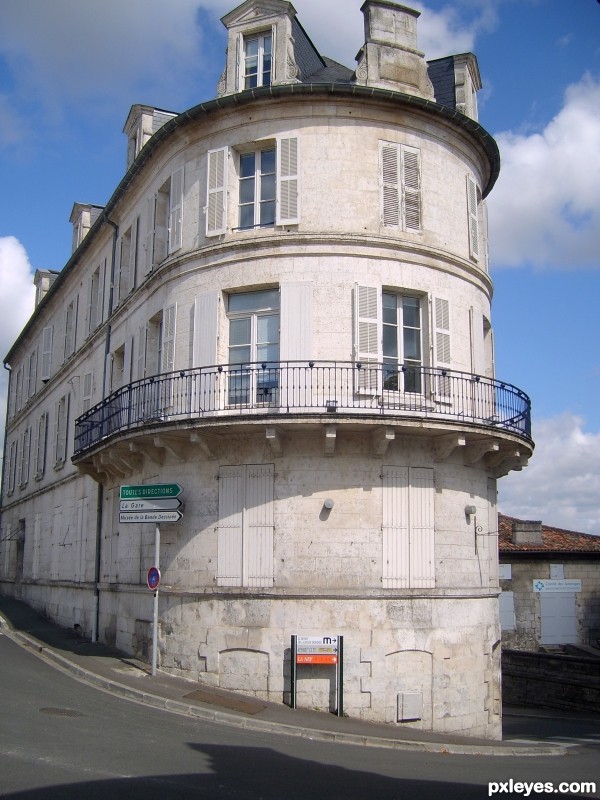 a corner is the point where two lines in a different angle meet eachother i believe the building is at the corner of the street, if you look in the right bottom corner you can see a crossover/zebra, its hard to see but i think that road is a straight line, it meets the road that bends upwards thus its a corner :P

The contest is about 'Street Corners' there is nothing in the goal about straight angels.
To me this looks like where two street meet, which makes it a street corner.

A crossover/zebra is not a corner, and the photo does not show the intersection of two streets, all it shows is a curve. The word, "corner" is in itself, explanatory, "where two lines in a different ANGLE MEET EACH OTHER..."
It shouldn't take a college degree to see that NO SUCH ANGLE OR INTERSECTION is in this photo...Sheesh!
That some people will argue a point using the logic to argue it is hilarious!

I know there is no corner in the classical meaning of the word even though it is a point where streets meet, and that's exactly what i find interesting in this shot. But if you guys consider that it's off theme, i will ask a moderator to remove the entry - maybe I misinterpreted the theme of the contest...