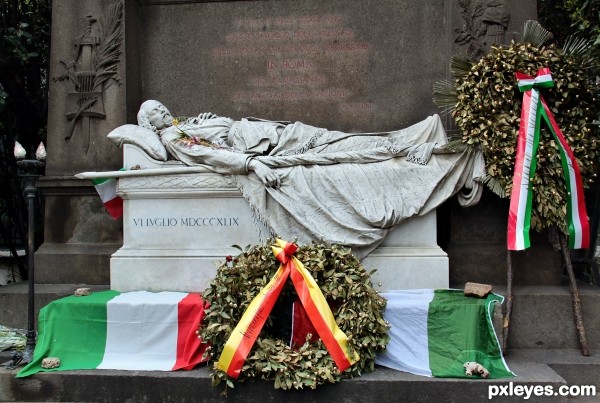 Giuseppe Mazzini was an Italian politician, journalist and activist for the unification of Italy. His efforts helped bring about the independent and unified Italy in place of the several separate states, many dominated by foreign powers, that existed until the 19th century. He also helped define the modern European movement for popular democracy in a republican state.
http://en.wikipedia.org/wiki/Mazzini (5 years and 2158 days ago)