Hero of the Two Worlds - created by patty 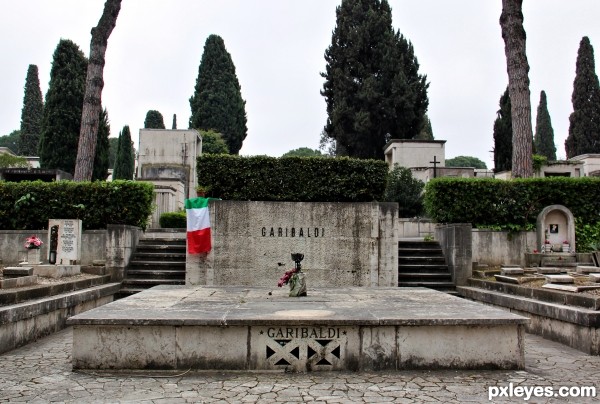 Giuseppe Garibaldi was an Italian military and political figure. In his twenties, he joined the Carbonari Italian patriot revolutionaries, and fled Italy after a failed insurrection. Garibaldi took part in the War of the Farrapos and the Uruguayan Civil War leading the Italian Legion, and afterward returned to Italy as a commander in the conflicts of the Risorgimento. He has been dubbed the "Hero of the Two Worlds" in tribute to his military expeditions in both South America and Europe. He is considered an Italian national hero.
http://en.wikipedia.org/wiki/Giuseppe_Garibaldi (5 years and 2158 days ago)