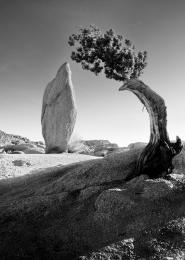 Winning entry, with a score of:
72%
By BeSea

Ansel Easton Adams was an American photographer and environmentalist, best known for his black-and-white photographs of the American West, especially in Yosemite National Park.
With Fred Archer, Adams developed the Zone System as a way to determine proper exposure and adjust the contrast of the final print. The resulting clarity and depth characterized his photographs and the work of those to whom he taught the system.

Adams primarily used large-format cameras despite their size, weight, setup time, and film cost, because their high resolution helped ensure sharpness in his images.
Adams founded the Group f/64 along with fellow photographers Edward Weston and Imogen Cunningham, which in turn created the Museum of Modern Art's department of photography. Adams's photographs are reproduced on calendars, posters, and in books, making his photographs widely distributed." (http://en.wikipedia.org/wiki/Ansel_Adams)

Let's Pay tribute to a legend and how better to celebrate his life than by trying to imitate his style. Lets see your best black and white landscapes done in the style of Ansel Adams.


Status: finished. Check out the winners below!
kimartist: Moderator, How inclusive (or exclusive) is the concept of "Ansel-Adams-style landscape"? Because I did a search for Ansel Adams just now and, in addition to sweeping/panoramic natural landscapes, a bunch of photos of single trees, farms, highways and other manmade features showed up. ( 5 years and 903 days ago )
SaHdeeQ: i think only real landscapes are allowed ->
Lets see your best black and white landscapes done in the style of Ansel Adams. ( 5 years and 902 days ago )
kimartist: What is a "real landscape"? I have read the contest description very closely, and I do not see where it says only panoramas (a type of landscape), nor where it says that manmade objects must be excluded. Adams did not limit himself to panoramas even though he might be most famous for those. I have a book of Ansel Adams' landscapes that include photos of trees, highways, houses, ruins, etc. ( 5 years and 902 days ago )
Contest Moderator: Ansel Adams photographed a lot of different thing,s but for this contest we are asking for photographs of Landscapes in the style of Ansel Adams.
There is nothing to say that a photograph of a landscape has to be in landscape format, it could just as easy be in portrait format.
If you are unsure of what a landscape is, have a look here:
http://en.wikipedia.org/wiki/Landscape ( 5 years and 902 days ago )
kimartist: I know what a landscape is. I want to know why, according to you, trees don't belong in a landscape?

Here is the definition of LANDSCAPE from the link you provided:

"Landscape comprises the visible features of an area of land, including the physical elements of landforms such as (ice-capped) mountains, hills, water bodies such as rivers, lakes, ponds and the sea, LIVING ELEMENTS OF LAND COVER INCLUDING INDIGENOUS VEGETATION, human elements including different forms of land use, buildings and structures, and TRANSITORY ELEMENTS SUCH AS LIGHTING and weather conditions."

Further, the "style" of Ansel Adams was to include the full range of tones in a photo, from the darkest black, to the lightest white. Therefore, a photo full of vague, fuzzy gray midtones should not be allowed. ( 5 years and 902 days ago )
kimartist: I've also seen Moderators praise photos that violate the Rule of Thirds. What's up with that? I'm pretty sure Ansel Adams didn't take photos like that (I've never seen any). It's basic photography. ( 5 years and 902 days ago )
oziipop: A wise person once told me that if you intend to break a rule you should always learn it first to make sure your breaking of it is all the more effective.
Maby that person is already aware of the rule? lol ( 5 years and 899 days ago ) 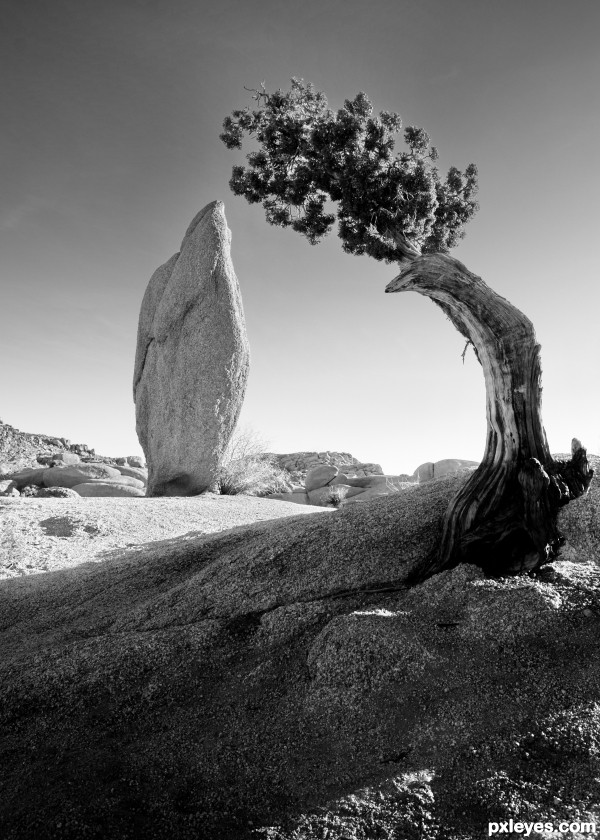 Awesome picture. Love your title for it too!

Thanks for the positive comment It was an awesome place!

That means a lot. Thank you.

Thank you. I value your opinion. 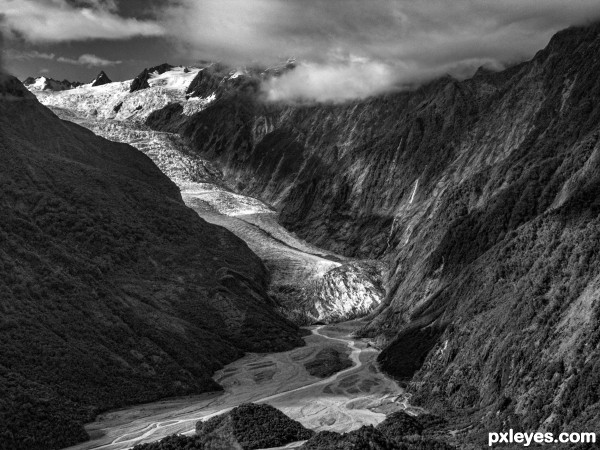 Yes it kind of blows your mind. I'm lucky to get to see places like this. 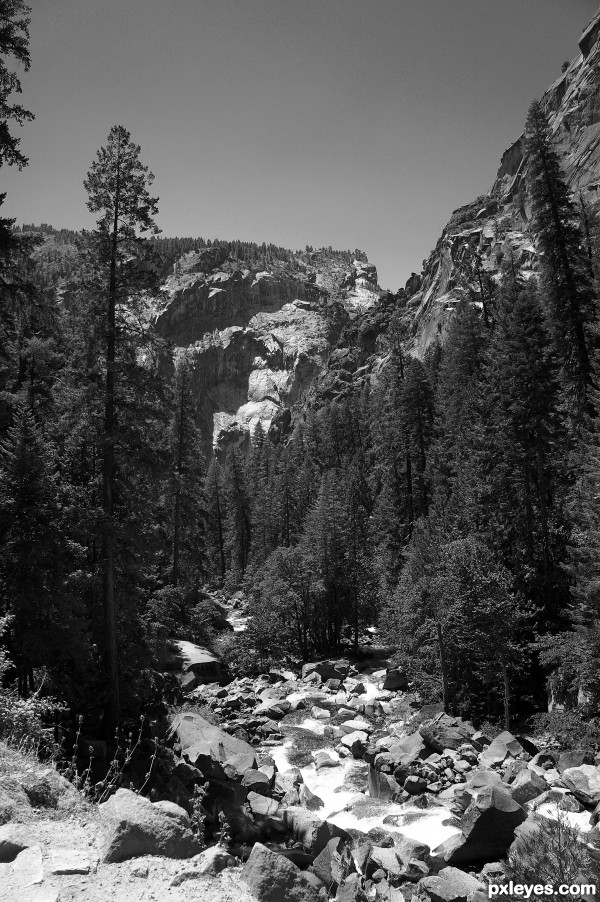 Half Dome Dinghy - created by fatmike85 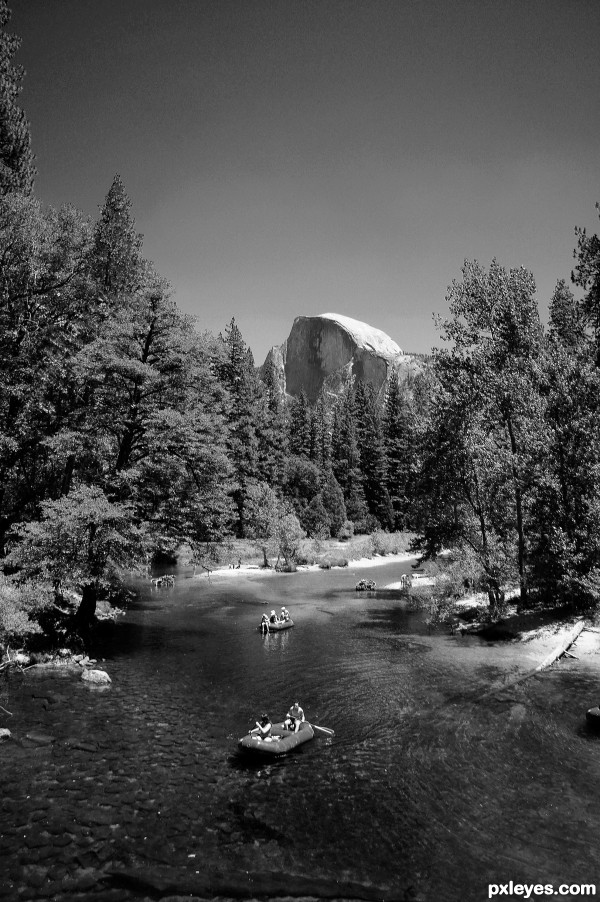 Nice one, wish it could be a tiny bit sharper. Good luck!

it's a farmers world - created by SaHdeeQ 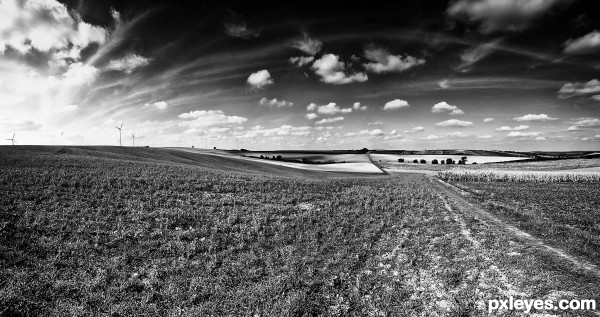 Yes the Hires on this looks great,