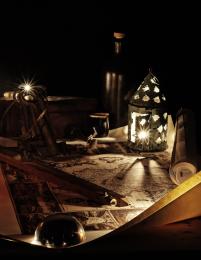 Winning entry, with a score of:
73%
By karaflazz


Status: finished. Check out the winners below!
Artifakts: There is a lot of candles pictures here, but is this contest of "pictures of candles" or "objects lighten with candle light" ? ( 5 years and 1162 days ago )
MossyB: The concept was a scene or object photographed lit only with candlelight, creating a mood that was fun, romantic, or dark and mysterious...Yet another contest where reading comprehension was vastly overrated... ( 5 years and 1161 days ago )
Contest Moderator: Since the guidelines do not specifically say that candles ONLY are not allowed I don't see a reason not to allow that, however....you are correct, the intent is to photograph a scene or object using candle-light...I recommend the members vote accordingly... ( 5 years and 1161 days ago )
UncleJimmy: @ Mossy....yep, you hit the nail right on the head...simply put....people just don't read the entire guidelines before shooting or submitting an entry. That is always a problem it seems, then they get upset when something is red-flagged or removed...go figure ( 5 years and 1161 days ago )
MossyB: Moderator - "A scene or object photographed LIT only with candlelight" is NOT the same as "a lit candle..."

I can well understand that the complexities of the English language can cause some confusion for Pxleyes' worldwide membership, but that is why the moderators are expected to help clarify linguistic misunderstandings of what is expected, not justify any and every misinterpretation of a contest as "not specifically disallowed."

A "lit candle" is not the same as "lit by candlelight," and members who then low vote inappropriate contest entries that moderators excuse rather than enforce, are then at risk of being penalized for low voting. ( 5 years and 1160 days ago )
Contest Moderator: I'm not going to start a giant debate here on what you believe should be allowed or disallowed, I have been doing this for a number of years, and, I am allowed discretion when interpreting the guidelines....and I WILL allow the candle shots...if you don't like it Mossy, don't enter or vote on this contest...that is your prerogative and the last thing I will say on the matter. ( 5 years and 1160 days ago )
Wayne Cheah: If an object is supposedly lit by candle light ONLY, how do we know it is so unless the candle doing the lighting is also shown? ( 5 years and 1159 days ago )
kyricom: ummmmmm... not that it matters at this stage, but a lit candle IS an object lit by candlelight (assuming no other light source is present) ( 5 years and 1157 days ago ) 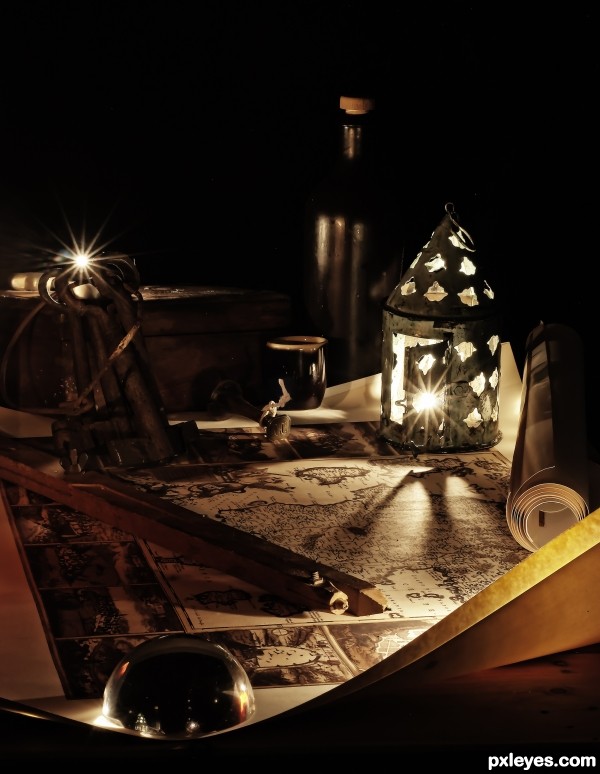 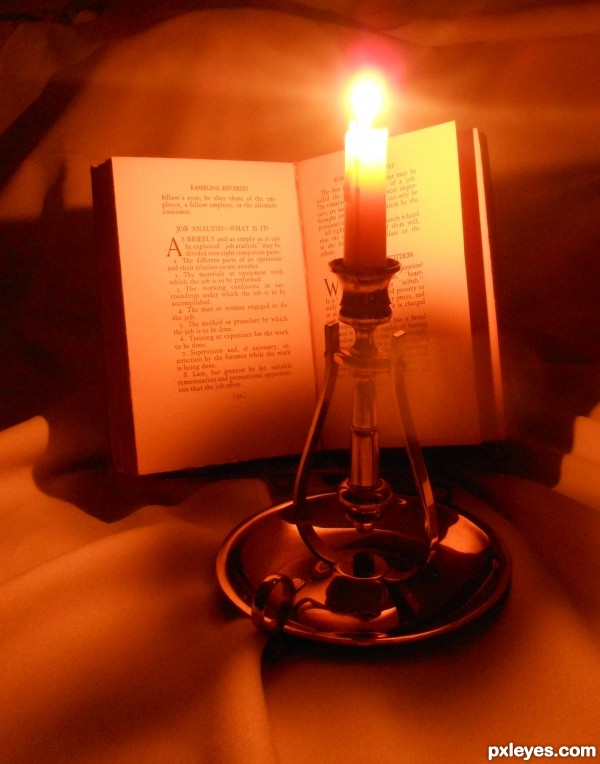 A very nice shot... but... maybe a book a little more romantic than "job analysis?"

An evening job evaluation..mixing a little work and play with my female boss or...my mistake in selecting a book and not looking at the cover. 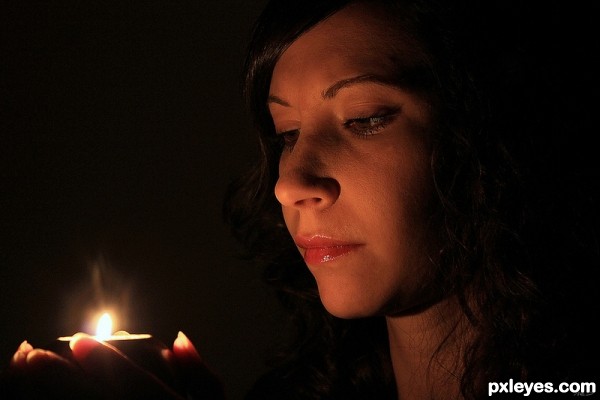 It's a lovely photo, and I would have voted higher if there had been a HIgh Res.

Off to bed - created by friiskiwi 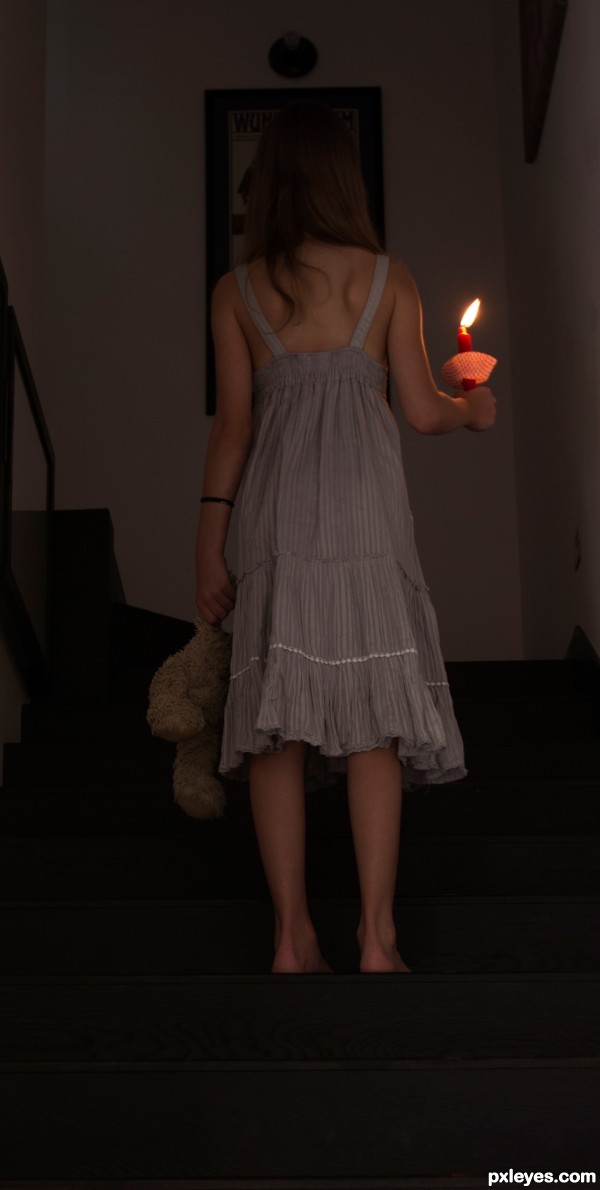 Very nice. Might have had one foot on the next step

You are quite right, but I needed a long exposure, so she needed to be still and she was also a little frightened of carrying the candle.

Looks like a part of a bad horror movie lol

Great concept. To make it even better, I would have removed the items from the wall in front of her. Good, though.

Thanks for the comments, always appreciate feedback. 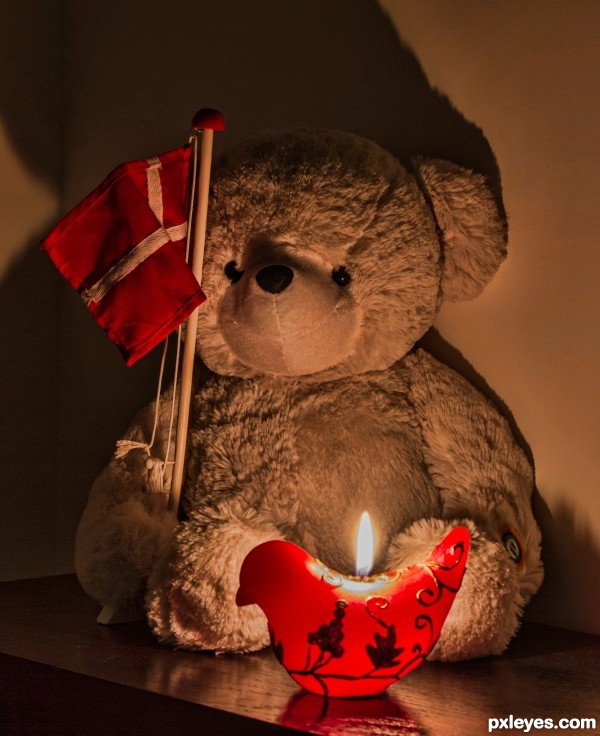 Great capture! The values are wonderful, with the bear's outline and the table surface visible. Did you have to make any post-processing adjustments, or did your camera capture this?

I always post process, mainly in Lightroom, plus some extra sharpening in PS