What can I say... I used the image adjustment - solid color and did that a few times with different colours. The blending mode - vivid colour. Then a lot of duplicating, scaling, bluring...

Used my own stock photo. 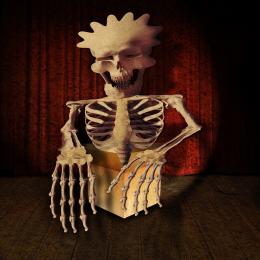 I used the liquify filter for the first time... i am going to have to practice a lot to get this right :-) Thanks to Janusz Gawron for the theater curtains. Thanks to Petr Kovar for the old wood texture. Thenks to Billy Alexander for the box, http://www.stockxpert.com/browse_image/profile/Billy...

Thanks to Herman Brinkman, Falln-Stock and Rodolfo Belloli for the great stock. An e-mail was send to Rodolfo and Falln-Stock.

This photo of my mother was taken in 1954. This is the most difficult thing i ever did in photoshop. Don't know wich background works best green or blue?? Hope you like it :-)

The photo is from my own stock.

For: upside down contest 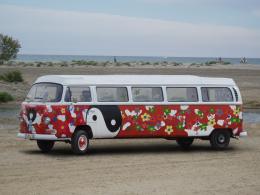 Thanks to Kalilo for the nice stock :-) "Never have more children than you have car windows". Erma Bombeck.

Thx to Grim & ArminH for the nice stock image. The other sours is from the Exo skeleton contest. I send a mail to ArminH.

Thanks to Martiweb & Gergerger7 for the nice stock ;-) I'll be having nightmares about these creepy crawlies for the next few days :-) I used a tutorial Of Pawel Kiec as reference. Thx to Pawel Kiec. Please look at it in high resolution.... :-)

Thanks to Gironside, Christofho & Unseenob for the beautifull stock images ;-) So, this would have been my entry for retro games, but it was too late, so i made a few big changes and here it is...

Thanks to Tilemahos Efthimiadis, Joyrex, Dave Hamster, Scallop Holden, Zeusandhera, Night_fate, Thomasje, Iversonic and Mimiliz for the lovely stock images ;-) I found the inspiration for this work in a photoshop magazine of a friend. The name of the artist who describes a tutorial of something s...

Both scared as hell... 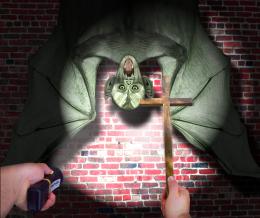 Thanks to Permuted, Fredrik SandÃ©n, Tombre, OrangeNess, Mzacha, Bigevil600 for the very nice stock images ;-) The pictures of the arms/hands are my own stock. I started with the boy screaming and after many hours i ended up with something totally different that i had in mind when i first s...

Thanks to Bruquinn, Patkisha & Kovik for the lovely stock images ;-) I did a lot of warping and stretching with this one. I know it's not perfect and i will still have to do a lot of practice ;-), but it was worth the effort. Hope you like it ;-) 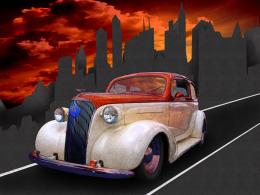 Thanks to Trublueboy & SailorJohn for the nice Sky & Car stock images ;-)

For: the walking dead contest

2 Sun's in the sunset 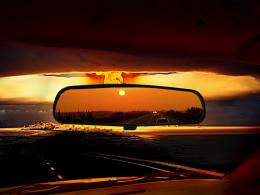 Thx to PixelPerfect Photography, Pierre J. & Gorditojaramillo for the nice image stock ;-) "Two Suns in the Sunset" is the final song on Pink Floyd's 1983 concept album, The Final Cut. "the sun is in the east, even though the day is done" is a metaphor referring to the gl... 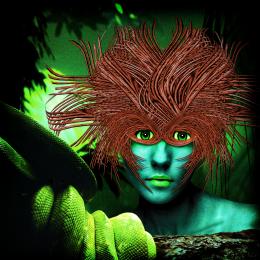 Thx to Aksoy, Lucasem, Media16 and Dxlogic for the very nice stock images. I was too late for the Cracked Arch contest, so i thought i'll put it in this contest. I hope that it is ok to do that...