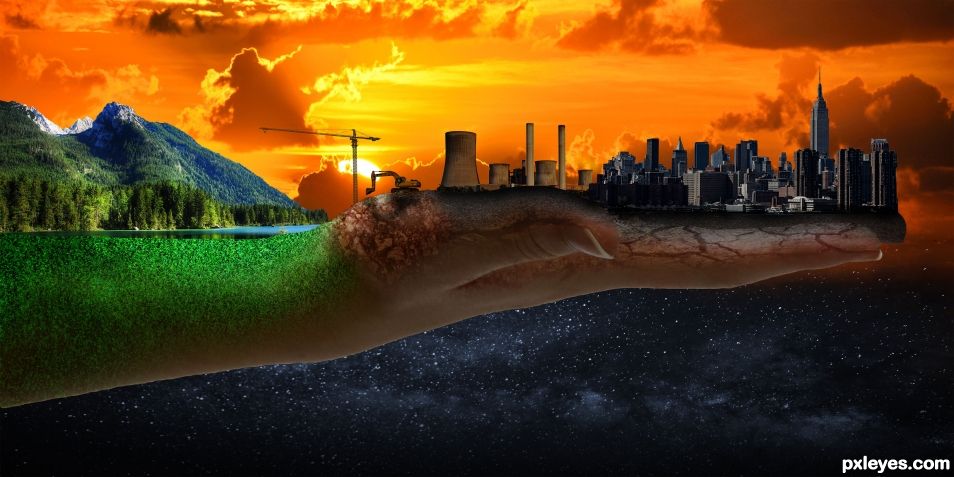 I wanna live there!

I really enjoyed this Photoshop. It's an awesome concept and made my eyes wander. The faults I see are the overall tone should have been much warmer due to the light source being a setting sun (things are much more orangy at sunset right?). The power plant for example fits in as far as temperature is concerned but right next to it the skyline is really "cool" (bluer) in temperature so they conflict. Also when you have a back lit scene like that, you would see some of the sun's light reflecting off the left side of some of the individual buildings that are getting hit by the sun's light, as well as the right side of the mountains, and perhaps some of top of the arm/hand. This can be achieved via a Brushing Layer, or multiple ones that are "clipped" to the buildings, hand/arm, and even the mountain. Generally you would use an Overlay, Soft or Hard Light, or Screen Layers, but there are a few more you can use. Then just brush some gold/yellow/orange color for your light, varying the brightness and opacity of the brush as needed. The green part on the arm has too much light on the top "half" which does not concur with the back-lit light source (the "back side" of the arm should be more shadowy and less lit up). As for the power plant, it's backwards. The shadowy side should be on the right due to the sun being on its left. If you need some help with this, feel free to PM me.

Nice job. 3rd place on your 1st entry. Not bad.

Thanks for the kind words and the advice! I'm glad you like it! 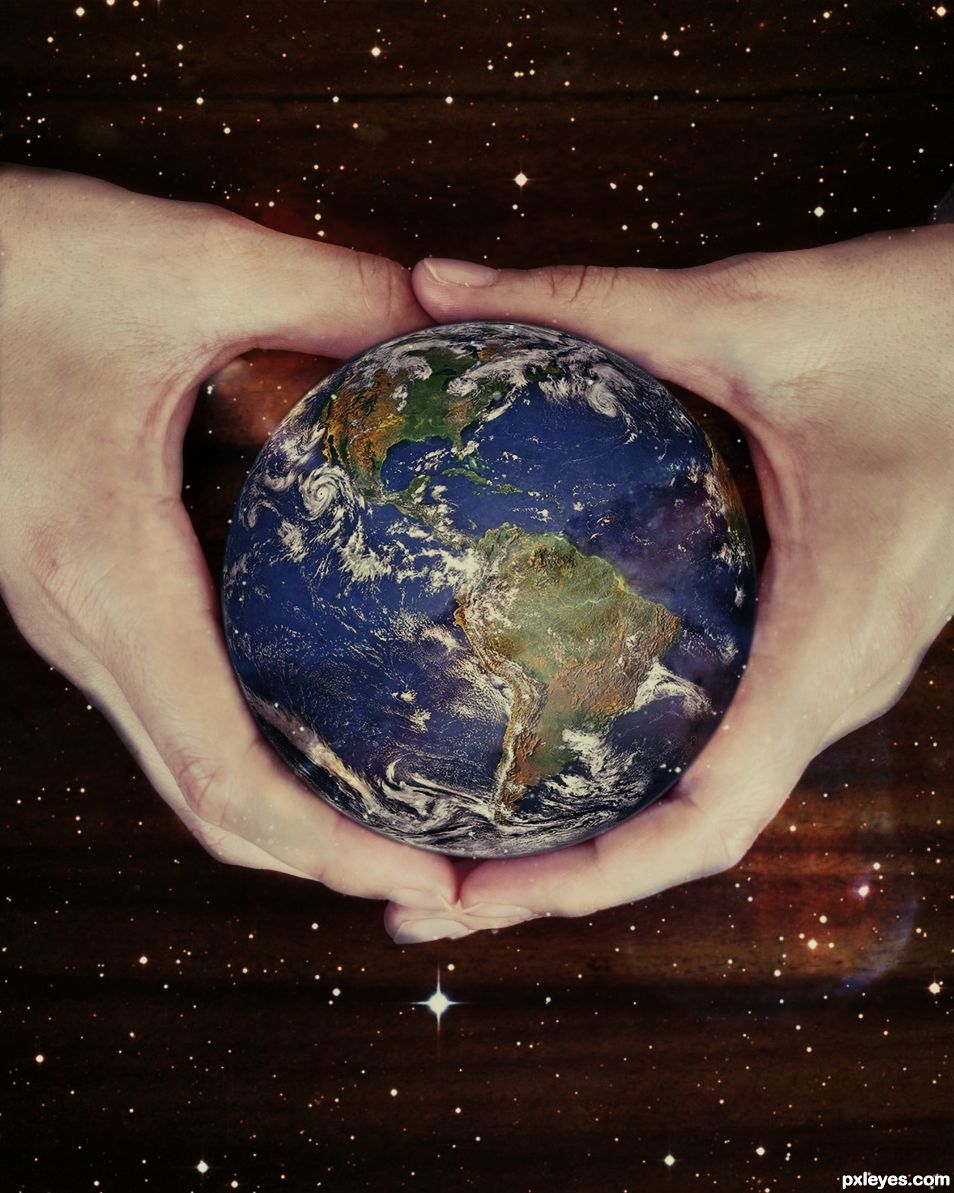 Author.. double check your source on the "Earth" .. .it may be an illustration (it's an easy peasy fix to find a "Photo earth"

... other than that.. this is a really nice image 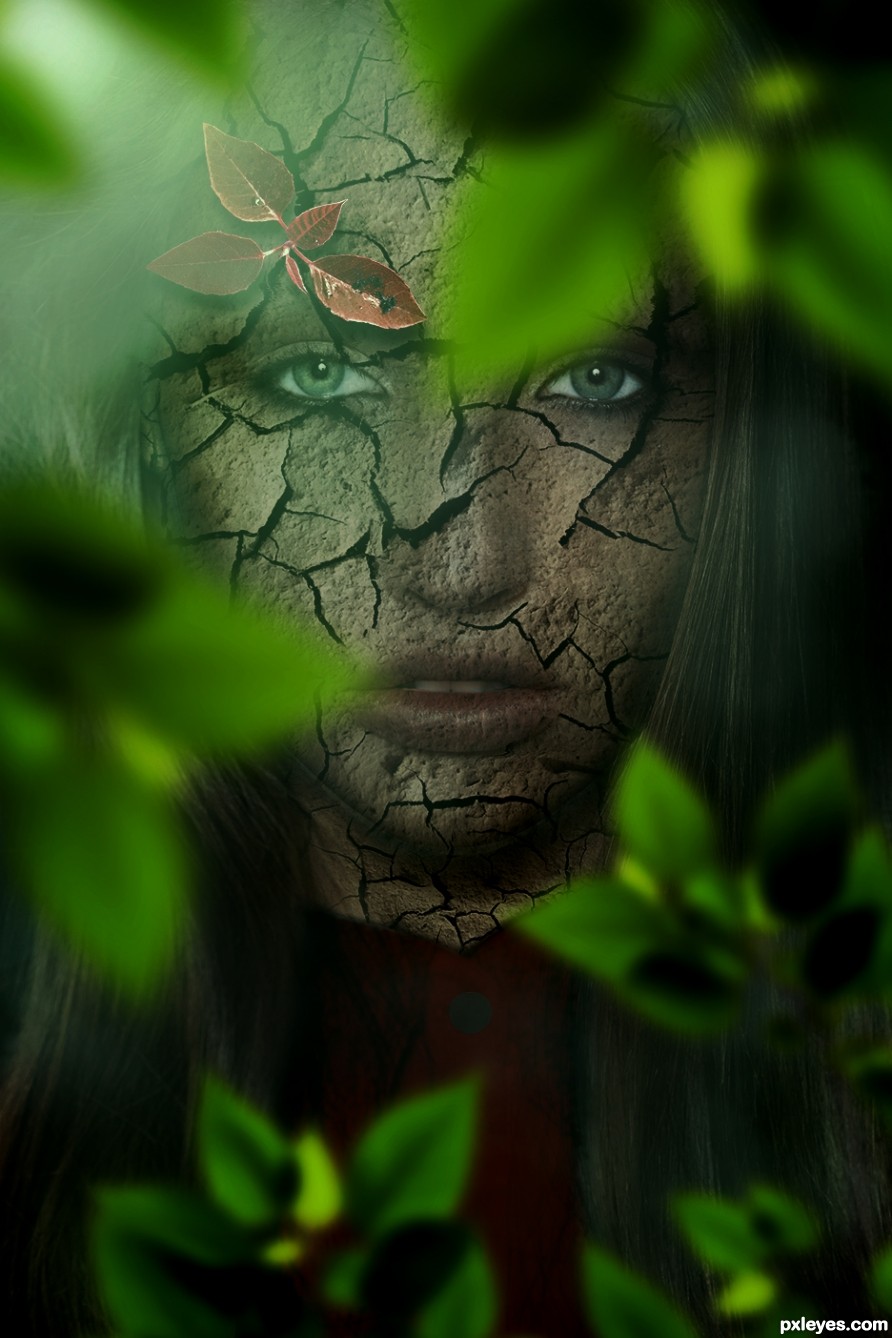 It looks like you've just placed the texture over the face and used multiply. It would be alot more believable if you spent some time working on a displacement map and using that on the texture first.

I'd go back and adjust the values of the map, because there's hardly any displacement, and to be honest it looks flat. Also you need to post the source link for the ladies face

and it's not "only" multiply. But thanks for your comment. Maybe you are right and it could be done better...

We can only guess what steps you've taken... if you want more informed feedback for future entries it might be worth doing a more detailed sbs, beginners may also be able to get tips from looking at it too.

added the source...
I will leave it like that, for me it's at this point ok. Maybe on the next pic...

Try making the cracked earth layer less opaque and/or on Overlay. That should give the face more definition.

sorry, I have no time to make a tutorial...

So the rules of competitions
It is must be posted SBS
Next time do not forget!!!

This is a theme contest. It is only required to make a SBS if an entry is made from a contest source photo and no outside sources. 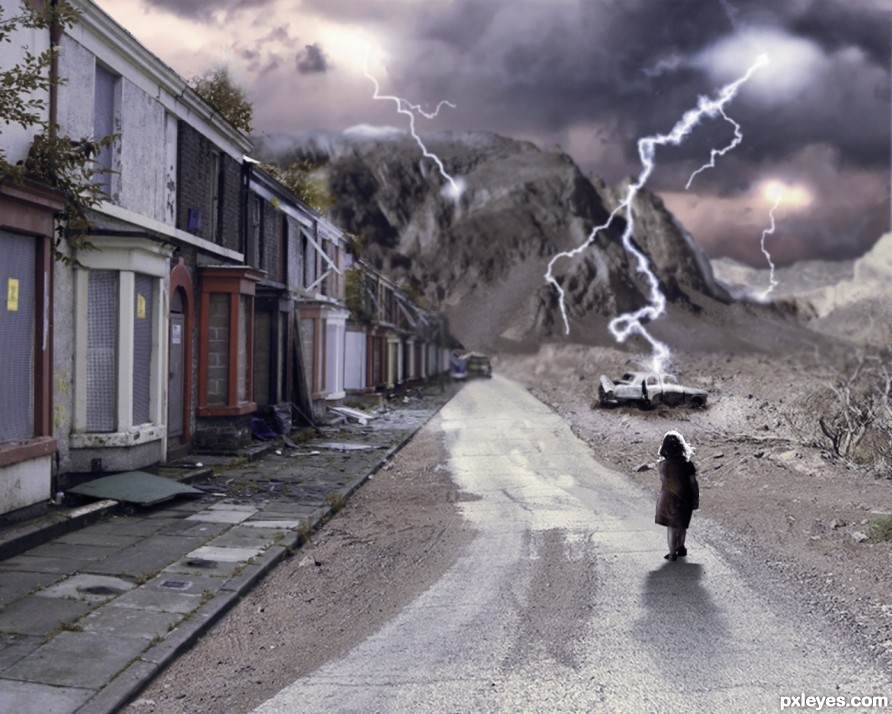 The core of the Earth stops spinning and we lose our magnetic field. Massive electric storms form and the earth starts to boil in radiation.

Credits to:
a2td for the Child
bosela for the clouds
jamesbget for the street
mamanos for the desert (5 years and 1693 days ago)

Weeping over the Earth - created by violscraper 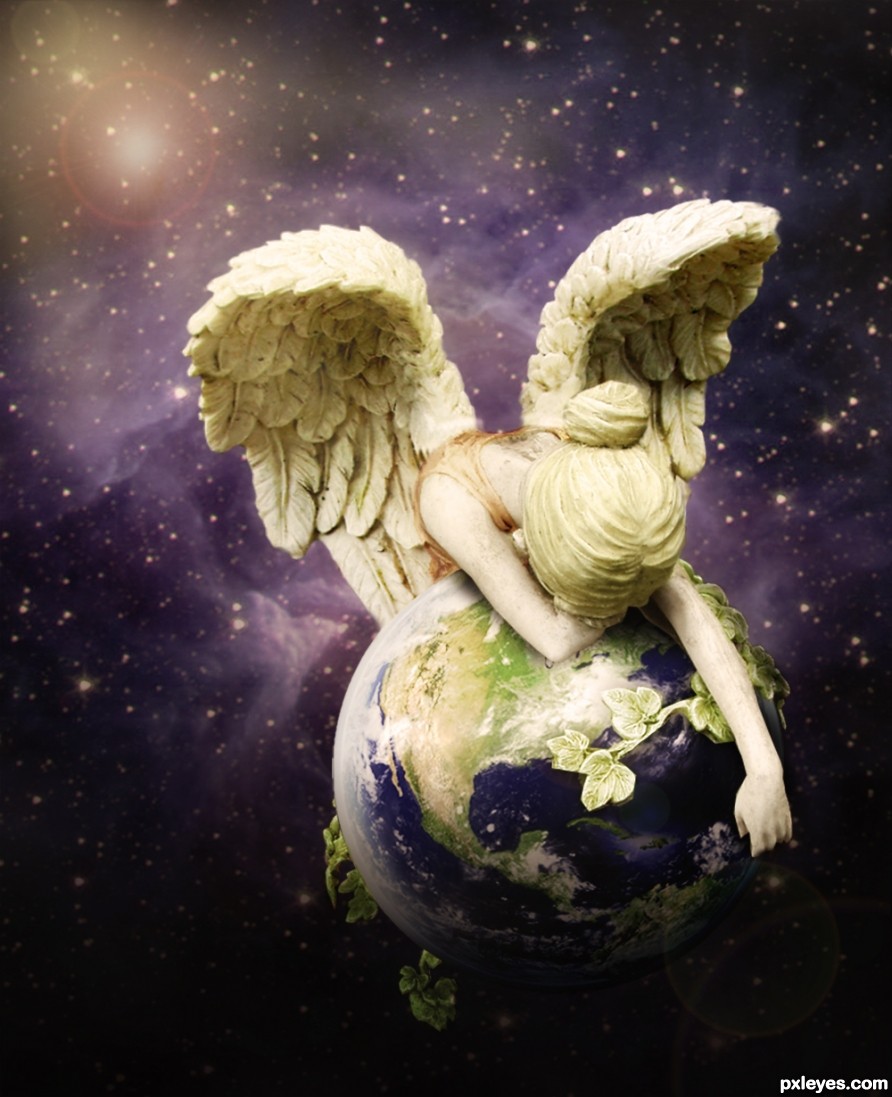