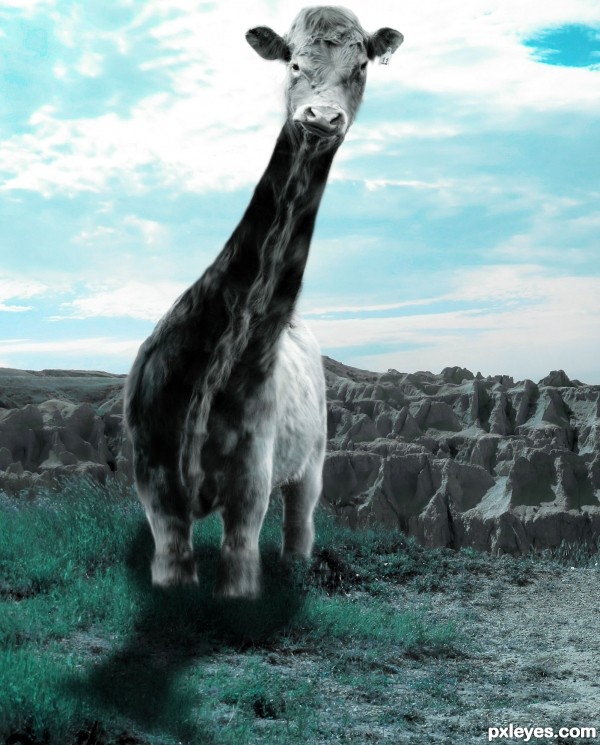 Really nice....But: the legs look as if they are supposed to be hidden in the grass. But they have to be longer that where they stop. I say that because it looks like they stop at their knees. Unless they just have really fat ankles. Otherwise the animal is standing in the ground up to its knees. In which case there do not seem to be any holes for it to stand in. Basically, what I am saying is that maybe you should give it a background in which it has tall grasses to stand in. Or finish its legs and raise it up in the image.

Other than that, I kinda like it. It's cute.

Well I have attempted to fix the longer leg problem. Does it look better?

wait for my revenge - created by gleizzable 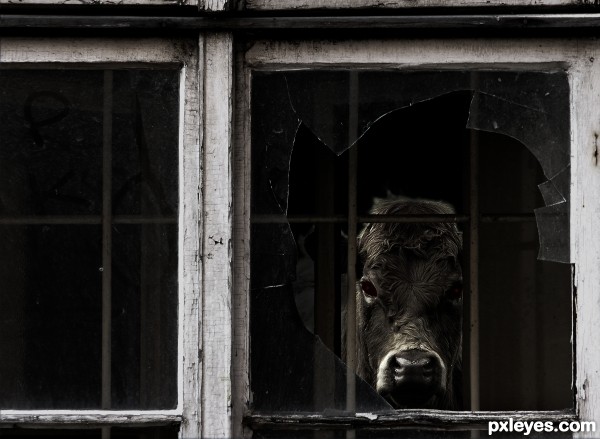 I don't know about possessed, but I really like what you've done here. Seamless blending with atmosphere! Great job. 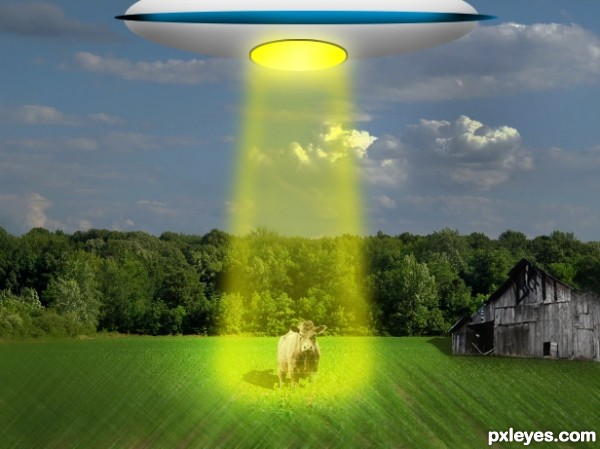 There's no hi-res image, and you need to remove the fence lines from the cow. 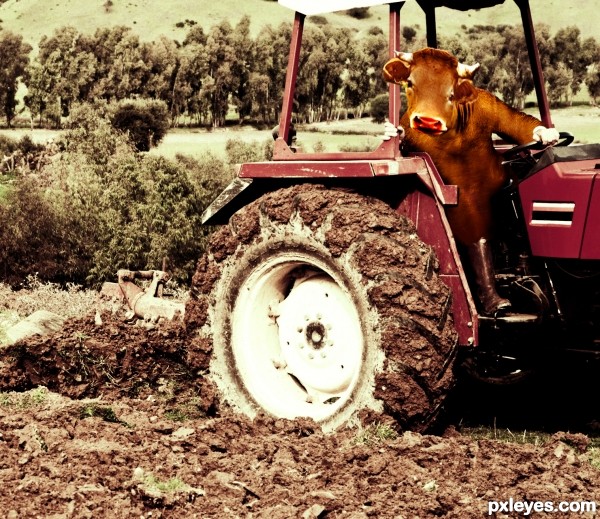 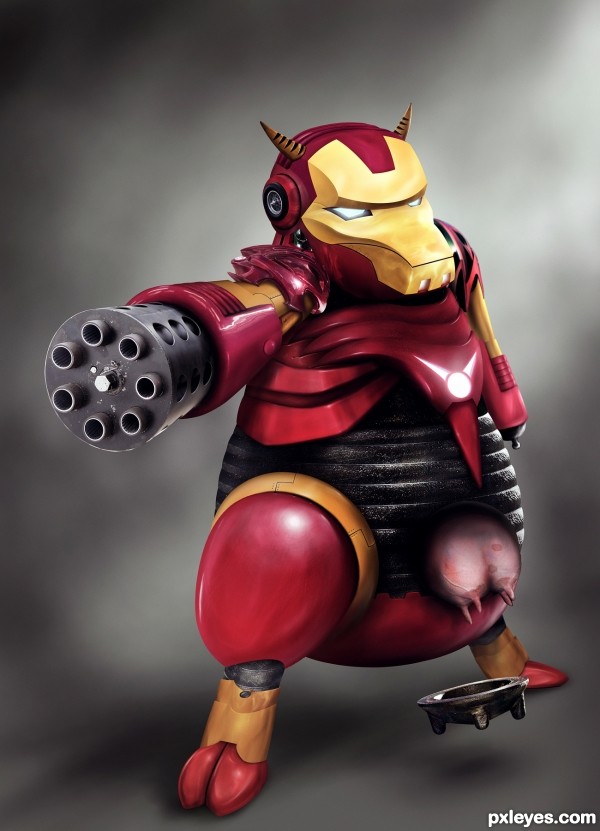 I'm really sorry for the SBS, I have only several minutes left to submit my work so I can't do anything better. Basically, this entry was made by digital painting with some external sources as I mentioned. (5 years and 1330 days ago)

Must have been some sort of delay computer mabob

Dear Drivenslush, I double checked and they're all working fine for me

Great image! IMO the udder would look better coming from the lower red area, but it still rocks.

Great entry very well done!! Maybe Ironcow will do you next time.

@ Drivenslush- I had some trouble with the links as well but I think it's a flickr problem. Try refreshing the page after each search.

fantastic work my friend....., the blending of the udder is not convincing me, still goes my favs... Gl

Thank you all for your comments, that's very encouraging to me. @Anoop: yes, I also don't satisfy with it because I did this part within less then 10 minutes since I was close to the deadline

Don't you just hate that deadline sometimes ... great work none the less! What an udderly wonderful Iron Cow!

You said you would take some time for this weeks contests, and I must say I'm glad to see you around again. I just hope you stick around for a while.

congratulations for the first place! Can't wait to see more from you!

Congrats on the first place..... keep staying this week toooo.. I would love compete you....

Thank you all for your supports and congrats
@Anoop: sure, I'll stay here for a while ^^