an army of history - created by gleizzable 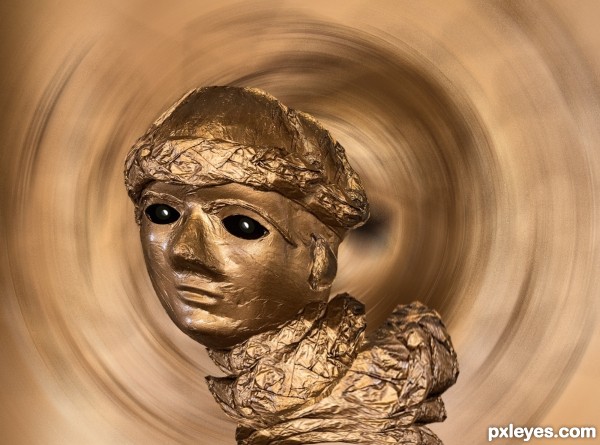 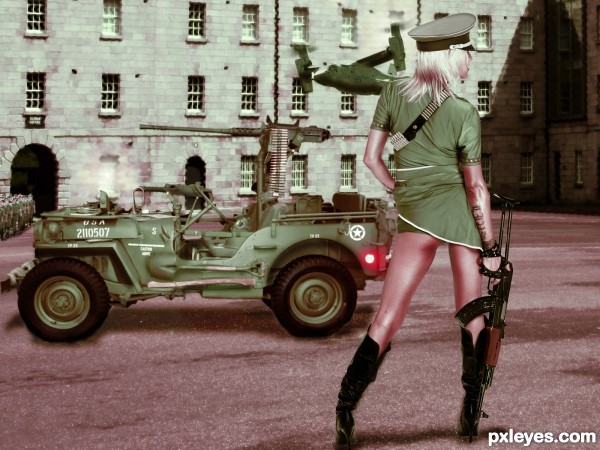 Close the door - created by detractor 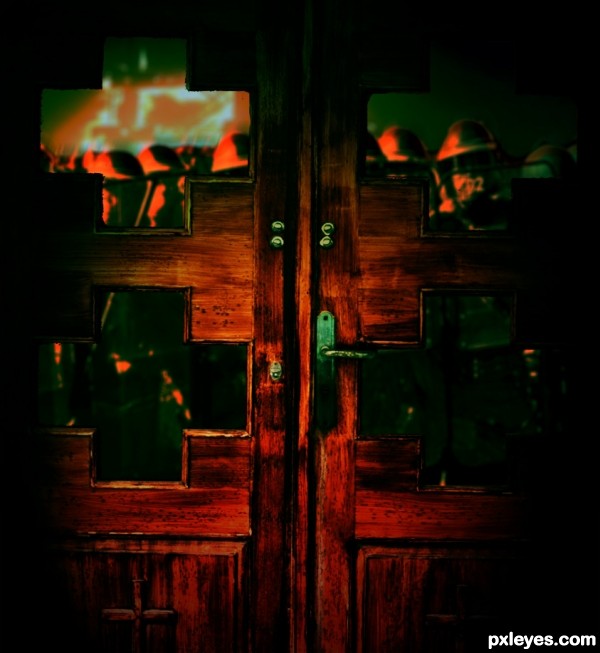 This is my second entry. I hope dis time works! 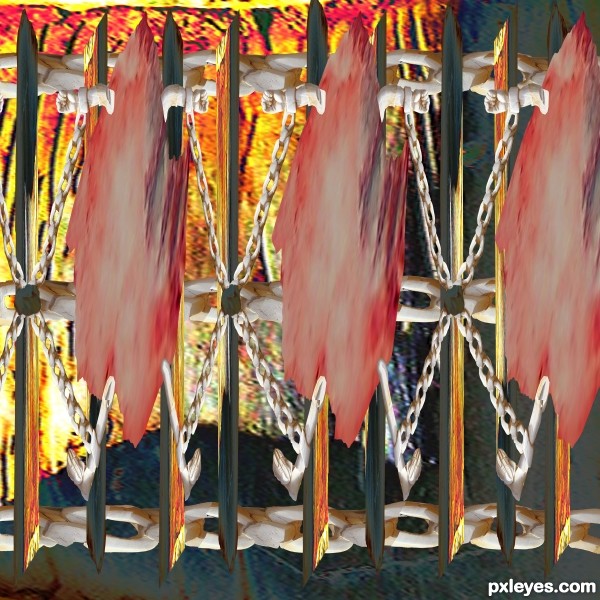 A Factory Where A Stone Colossus Army Is Being Manufactured. The background is a little out of focus to make it look like your looking down at the heat from the forges. Thank you for the chance to delve into the outer reaches of what can be made from a simple photo. All from Stock Photo. (5 years and 2294 days ago)

Wow, lots to look at! Only suggestion would be shading where the arms and legs meets the blob. Good luck!

very distorted looking...and what are the blobs meant for?

The distorted look is to make it look like looking down at the heat from the works below the chain system from above.

The concept of the red colored rock blobs is to be sent to be carved out to be the body of the Colossus.
I saw a video on the theory of how we think some of the forgotten tribes used large pits of fire to heat the stones before carving them into their idols. It was believed heating something up changes the temper and puts the life of the fires into the rocks. Also they believed If there is metal in the stone it will make it stronger and stand the test of time.
Thank you for the comment.

No drugs. Don't want em' don't need em'. Was watching Grill Wars when i started this. 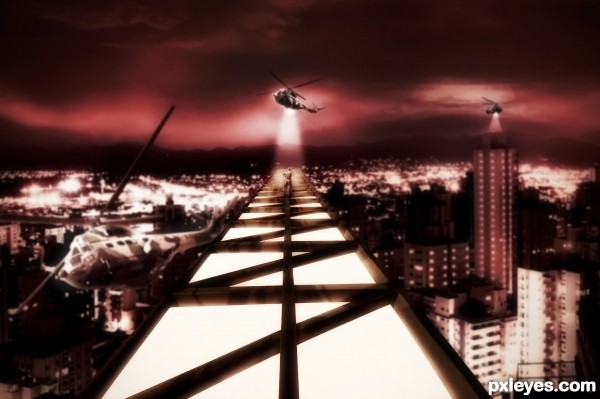 You have done a very good job of blending all the different components together and nice work on the perspective.

The only thing I might suggest is that the large helicopter in the foreground is a bit blurry in Hi res ... if you cannot get a sharper image of a helicopter you could make this work if the "bridge" was equally as blurred on the same horizontal plane as the heli ... sort of like this image here http://www.flickr.com/photos/dalemoorephotography/4191542938/ ... that also might help draw the eye into the image more.

Nice use of the source image!

@arca Thanks for the appreciations and useful suggestion. I understand what you want to say. I edited it.
@pixelkid Thanks you.

Love the image overall but why are there shadows on the beams?