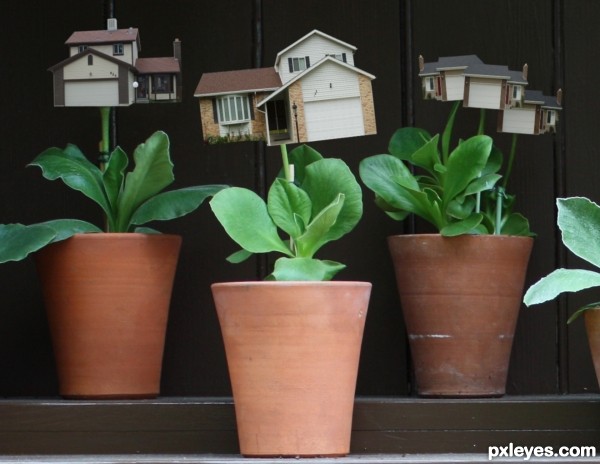 Very creative. I think there should be some shadow where stem meets house, and the center house might also cast some shadow on its leaves. The three-house thing seems odd. If it's three blooms, then having the front bloom cast a shadow on the back blooms would make it seem less flat (although the stems kind of seem like they're all on the same plane). [I'd go back to your flower-pot source for inspiration and make it two blooms: big house in back, smaller (still growing) house in front on right.]

Oh, I'd like to cultivate one of that for me...

Ya me too, Erikuri. Along with a Toyota Tundra and an a Hasselblad HD2-39 the most expensive camera that is commercially available. 39 mega-pixels and roughly 40,000 dollars, and hell why one a million bucks on top of that.

Only on photoshop for now.