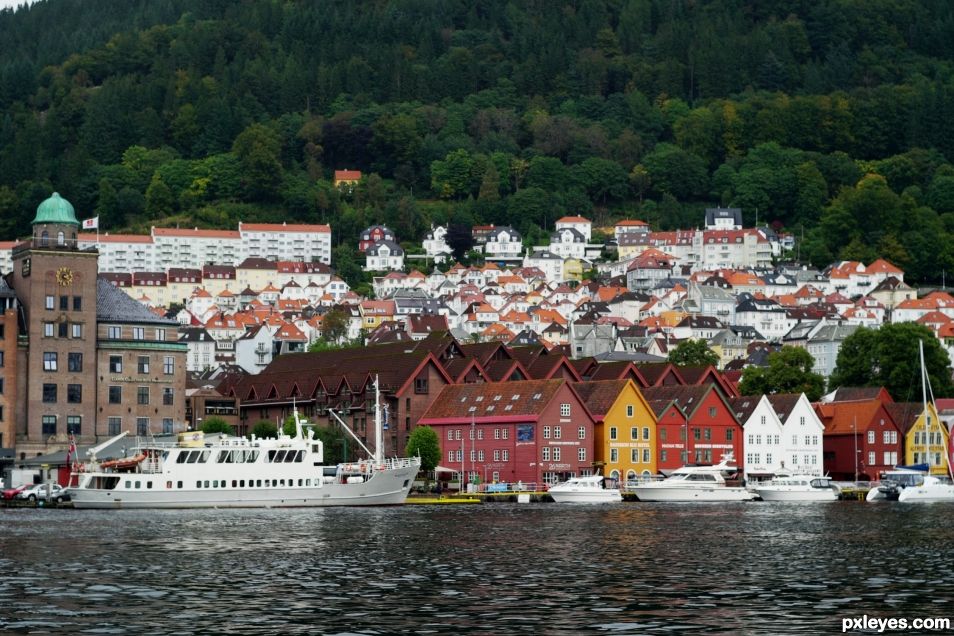 Bergen, historically BjÃ¸rgvin, is a city and municipality in Hordaland on the west coast of Norway.

The city of Bergen was traditionally thought to have been founded by king Olav Kyrre, son of Harald HardrÃ¥de in 1070 AD,four years after the Viking Age ended with the Battle of Hastings. Modern research has, however, discovered that a trading settlement was already established during the 1020s or 1030s.

Bergenhus fortress dates from 1240s and guards the entrance to the harbour in Bergen. The functions of the capital city were lost to Oslo during the reign of King Haakon V (1299-1319). (3 years and 23 days ago)

Funny been here as well,and guess this was taken from a cruise ship like mine were.

Thanks for commenting. Actually this was taken on a wharf.