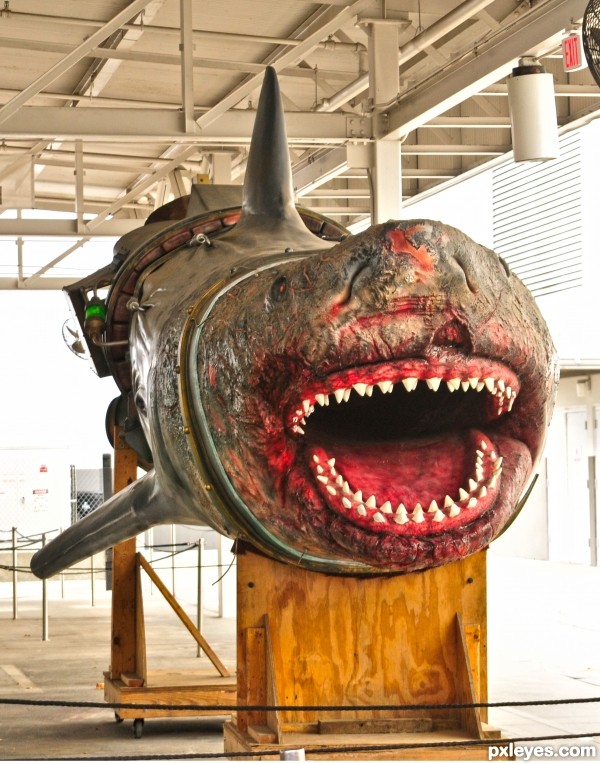 Is that actually the "Jaws" from the sequel? That could make a fun chop

This was taken the last day that Univeral Studios operated the "Jaws" ride in Orlando. It was always a problem and worked only half the time. This shark was one of the movie models that also rarely worked during the filming. Speilberg decided to leave more sceens to the viewers imagination rather than continually try to make this thing work. That decision actually made the movie a success.