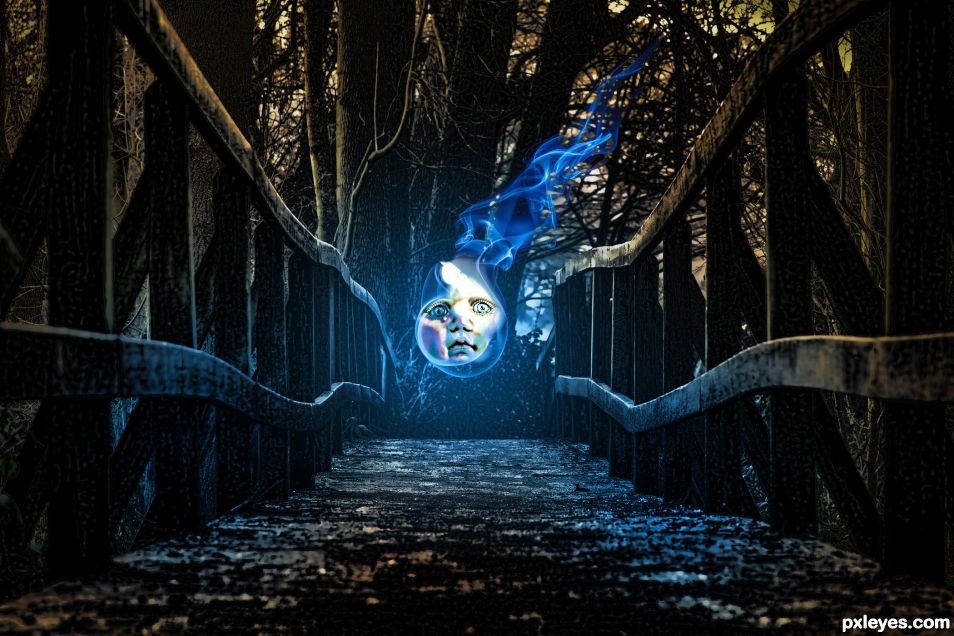 The term "will-o'-the-wisp" comes from "wisp", a bundle of sticks or paper sometimes used as a torch, and the name "Will", thus meaning "Will of the torch". The term jack-o'-lantern (Jack of the lantern) originally referred to a will-o'-the-wisp. In the United States, they are often called "spook-lights", "ghost-lights", or "orbs" by folklorists and paranormal enthusiasts.

The movie "Brave" showed the Will-o'-the-Wisp in one of the best idea form I have ever seen so I kind of tried to reproduce that image.

When I was growing up, they were always creepy and scary creatures, but due to the "DISNEY" effect they are more benign and gentle.

Hey Driven. I hope I can be able to come back again... thanks for helping Zizo.. she always so faithful.. nice chop... kind of mysterious...

The Jack O' looks more scared than scary, I wish I could help him. The atmosphere is spooky enough tho