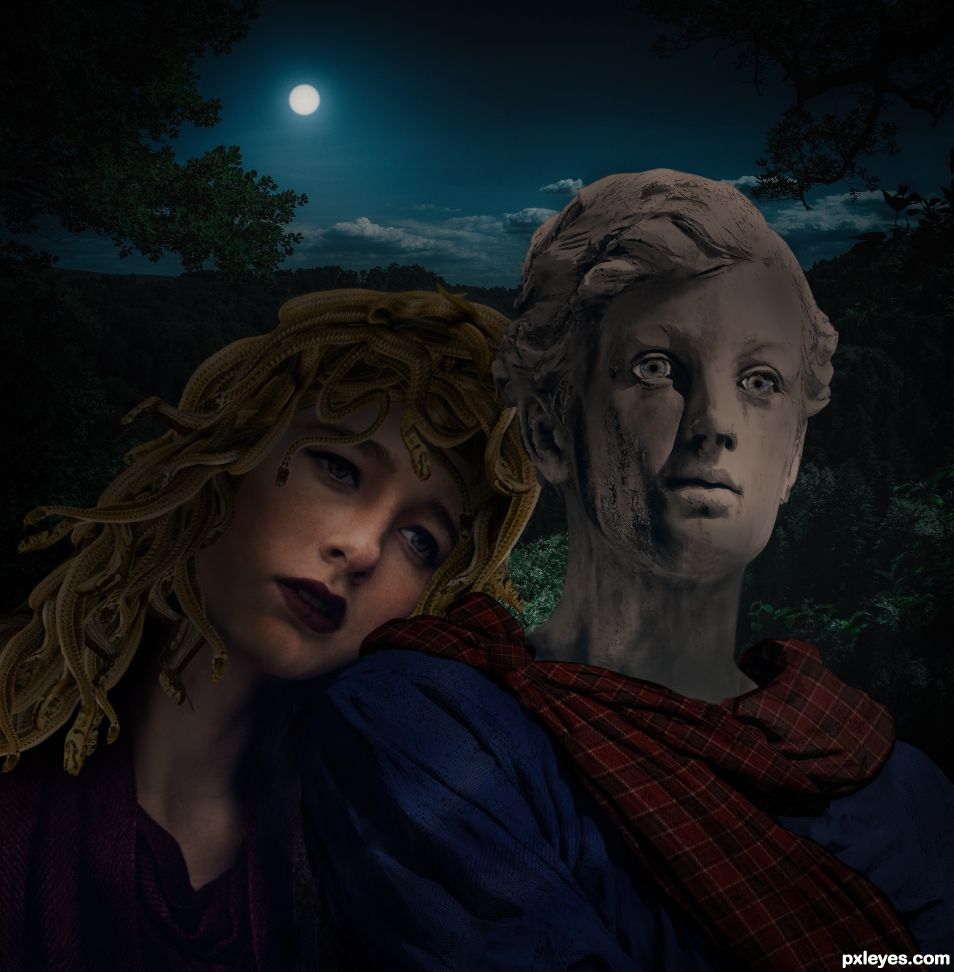 In Greek mythology, Medusa was a monster, a Gorgon, generally described as a winged human female with living venomous snakes in place of hair. Those who gazed upon her face would turn to stone.

Medusa was beheaded by the hero Perseus, who thereafter used her head, which retained its ability to turn onlookers to stone, as a weapon until he gave it to the goddess Athena to place on her shield. In classical antiquity the image of the head of Medusa appeared in the evil-averting device known as the Gorgoneion. (328 days ago)

Good... Luck ? When? How? Thanks anyway dear Gorge