BAMBI and friends - created by George55 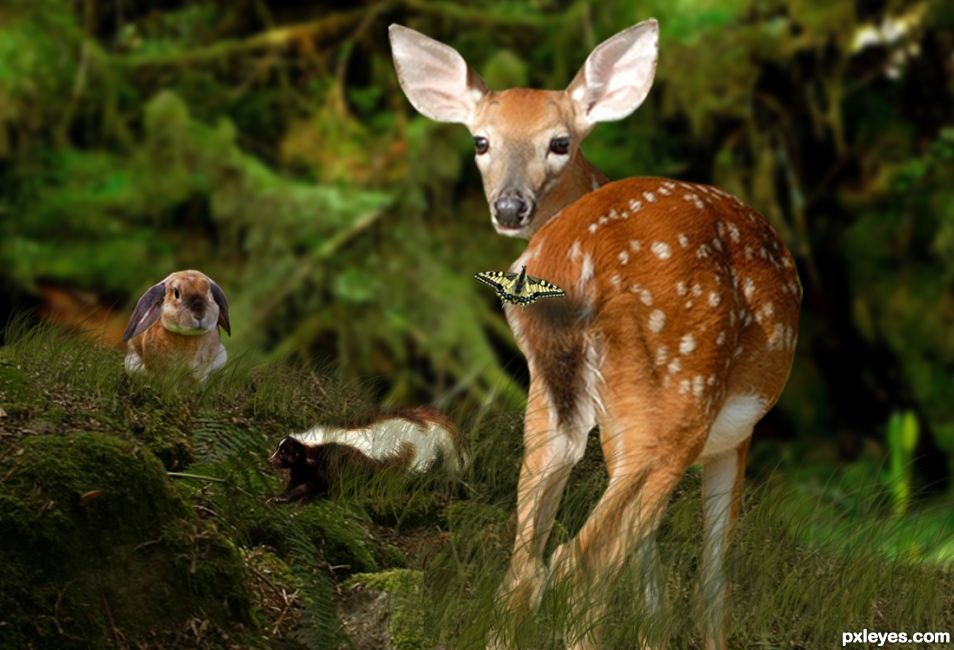 Bambi, a Life in the Woods


From Wikipedia, the free encyclopedia


Bambi, a Life in the Woods.

Bambi, a Life in the Woods, originally published in Austria as Bambi: Eine Lebensgeschichte aus dem Walde is a 1923 Austrian novel written by Felix Salten and published by Ullstein Verlag. The novel traces the life of Bambi, a male roe deer, from his birth through childhood, the loss of his mother, the finding of a mate, the lessons he learns from his father and experience about the dangers posed by human hunters in the forest. An English translation by Whittaker Chambers was published in North America by Simon & Schuster in 1928,[1] and the novel has since been translated and published in over 30 languages around the world. Salten published a sequel, Bambis Kinder, eine Familie im Walde (Bambi's Children), in 1939.

The novel was well received by critics and is considered a classic, as well as one of the first environmental novels ever published. It was adapted into a theatrical animated film, Bambi, by Walt Disney Productions in 1942, two Russian live-action adaptations in 1985 and 1986, and a stage production in 1998. A ballet adaptation was written by an Oregon troupe, but never premiered. Janet Schulman published a children's picture book adaptation in 2000 that featured realistic oil paintings and many of Salten's original words
(3 years and 30 days ago)