The Summer that Never Was - created by Drivenslush

Home » Photoshop Contests » Beheaded » The Summer that Never Was 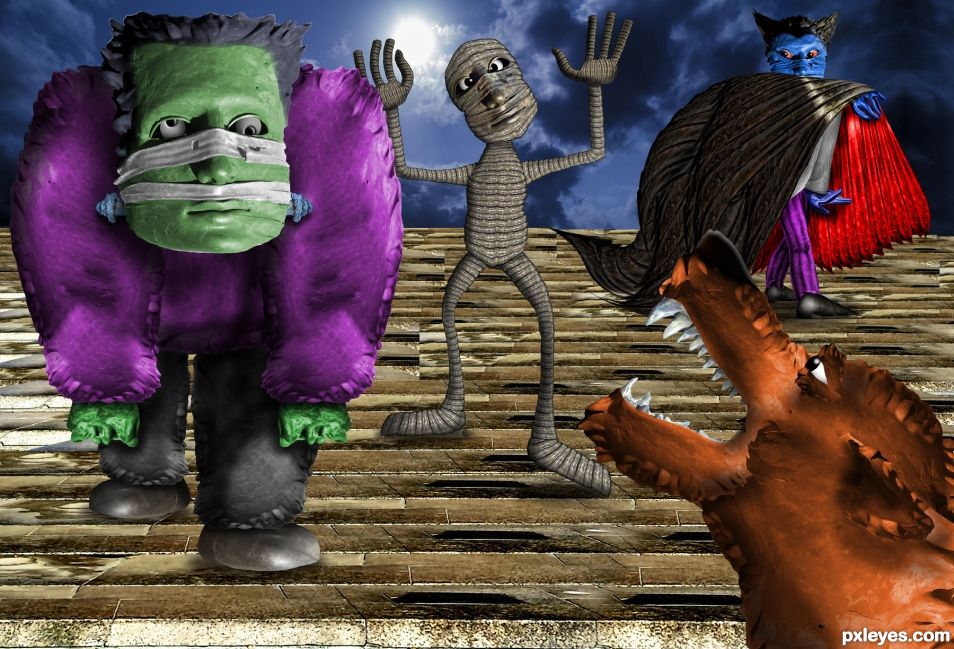 The year 1816 is known as the Year Without a Summer (also the Poverty Year, the Summer that Never Was, Year There Was No Summer, and Eighteen Hundred and Froze to Death[1]), because of severe climate abnormalities that caused average global temperatures to decrease by 0.4–0.7 °C (0.7–1.3 °F).[2] This resulted in major food shortages across the Northern Hemisphere.

In June 1816, "incessant rainfall" during that "wet, ungenial summer" forced Mary Shelley, John William Polidori, and their friends to stay indoors at Villa Diodati overlooking Lake Geneva for much of their Swiss holiday.[29] They decided to have a contest to see who could write the scariest story, leading Shelley to write Frankenstein, or The Modern Prometheus and Lord Byron to write "A Fragment", which Polidori later used as inspiration for The Vampyre[30] — a precursor to Dracula. In addition, Lord Byron was inspired to write the poem "Darkness".

Thank you Wikipedia and the Kurt Russell Movie "Gothic" that inspired this creation. (5 years and 275 days ago)

Fun image, seems like Halloween is around the corner... You gave me a smile this morning....

Mary Shelley was always a bit of an interest to me during my college years, accelerated by the movie "Gothic" which really got panned when it came out. Popped into my head when I was constructing the Mummy and there you are

You're a trip. You should donate your brain to science. What a crazy imagination. Or, is it madness? hehe

I'll go with Madness though my doctor would tell me it's constipation. Prune Yogurt is a big help

Your mind is brilliant, what a fun imaginative image! The wolf is the best.

I secretly want one, but my Landlord would pitch a fit... hehehe