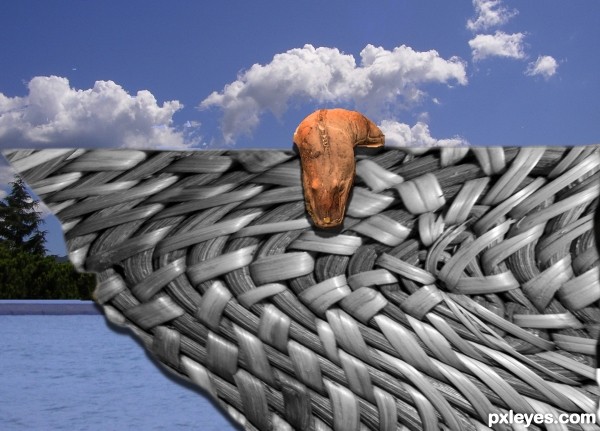 Just a suggestion, nice idea for a chop

i try
thanks for the kindness

Personally, I love drop shadows on photos because it makes the pictures look funky, but in photoshop contests it's a bit of a no no