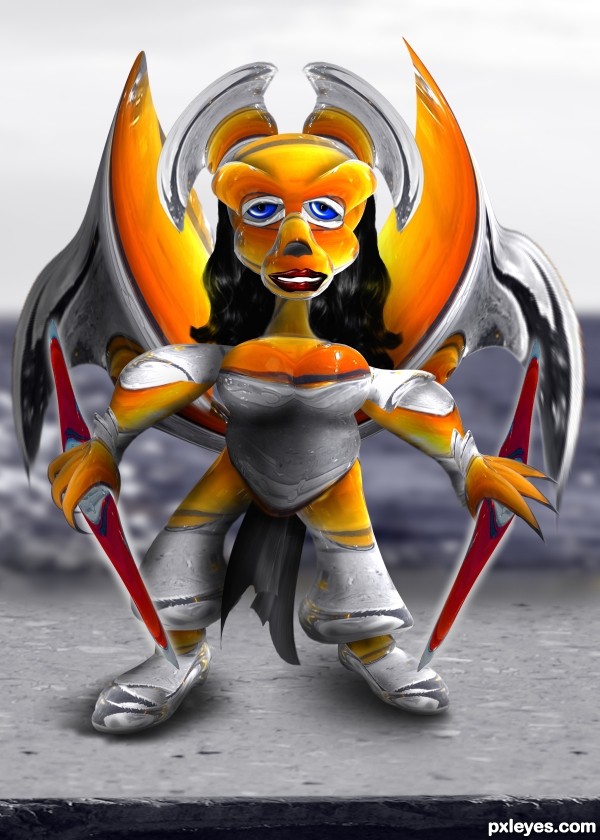 a well image and well tutorial

Really nicely done author! Love it! Only thing I don't like is the transition between the ground and the background. Maybe a gradient mask to blend it together. Good luck!

I fixed it and I've uploaded the new version (the horizon line is blurred in the new version) but it won't up load (and I've done it like three times..) I'll have to try later (thanks Chalt!!!).. I'll have to upload it later and try to figure out why it isn't taking ???

(HAVE REDFLAGGED TO ASK WHY THE FIXED VERSION HAS NOT UPLOADED, (PLEASE IMAGINE THE THIN LINE ALL PRETTY AND BLURRED

EDIT: New version is finally up.. must have been a glitch.. all better now

It's a creature (goddess? warrior?) ultra-feminine, with those hair and boobs... Nice work, as always!

Great construction... i am amazed how u always have something new to create...hat down author...

Congrats for your second place, Ernest!

Ernie, congratulations! (Winning or not winning prizes you are a "must"!)