The Mysterious Deep - created by annabat 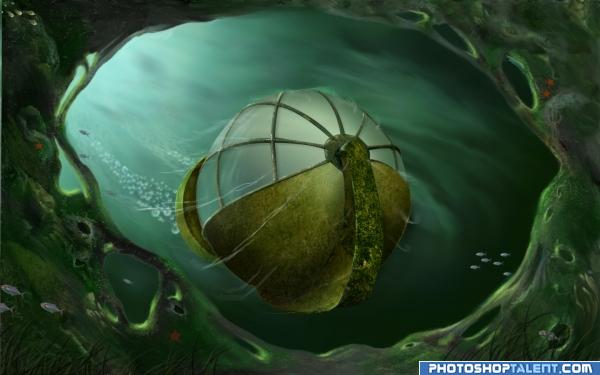 All photoshop and contest sources (except for fishes)

I really like the frost on the glass...You can almost feel it...Really nice job...Good Luck

something told me this was yours

Hey, this is a pretty cool image! Smart move putting it in this contest...not much competition...

I thought I had opened the wrong contest for a second!! Nice work.. But like all ROV's and submersables - you need some lights on the front!! IMHO..

hmmm weird, but I never thought about putting it the other contest, since I used the other image a lot less. I built the image out of this source and there is nothing left of the other with all the stuff I put on top.

The idea for using that image as the base for the sub, only came after I was mostly done w/ the cave.

I would suggest, umm.....nothing. This reminds me of transportation in the game Myst. Very mysterious. Great stuff!

Oh yeah, babe this is great!