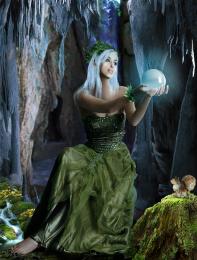 The theme for this contest is: german mythology
Create a scene featuring any supernatural race or creature listed in the Germanic mythology. Some germanic races: Elves; Dwarves; Water Spirits; Giants. Here's a list.

Good luck to all and have fun!


Status: finished. Check out the winners below!
Suggested by: Akassa
Drivenslush: grrrr, every time I go to the German Mythology it always flips over to the Norse equivalent, is it okay to use NORSE or will that be off them (dern Odin) just to clarify ( 5 years and 1248 days ago )
rusvelt2000: In fact, the fringe between the two cultures is so subtle. I hope both would be practicable, so we can have a vast choice. ( 5 years and 1248 days ago )
summus: i'm on vacation :// gonna be difficult 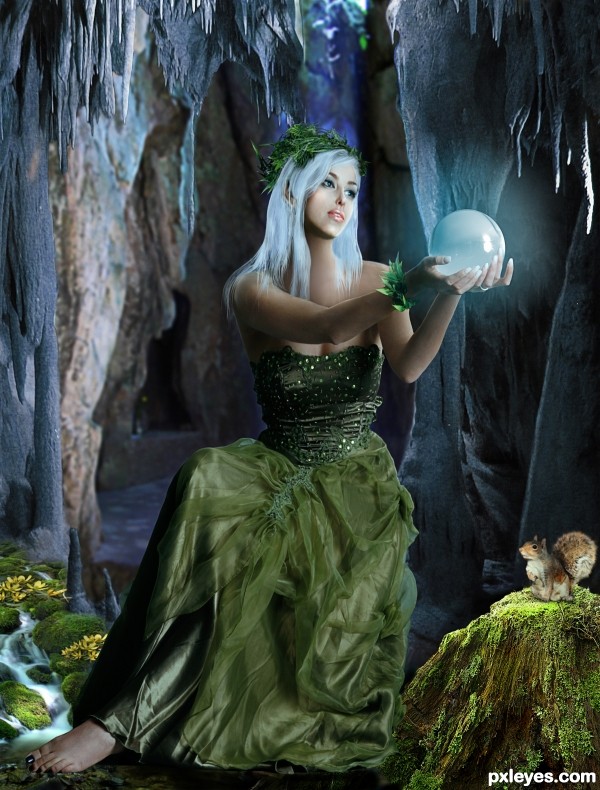 Not sure which of these to vote for.

Thank you; I lost the internet access for few hours, so when I got back on line, I got a little impatient!Sorry about that!

Nice lights on the elven's face and good use of sources. Good luck author!

Thanks for noticing! It took quite a few of layers!

Lovely work on her face and hair ^^ good luck.

Thanks Akassa, and congrats to you for an interesting theme suggestion!

Your image is real good, the colors work well, and the light is so well set. The outcome is just beautiful! Good luck!

Congrats for winning this tournament

I've mailed the crown by snailmail

Thanks a lot, and I'be waiting for the crown, he, he!

Thanks kushpatel, it means a lot to me!

Congratulations on winning the tournament.

Thank you George55 for your nice comment, fav and congrats! I appreciate it a lot!

Congratulation .....keep it up

Enchanting. Wonderful lighting on the face. 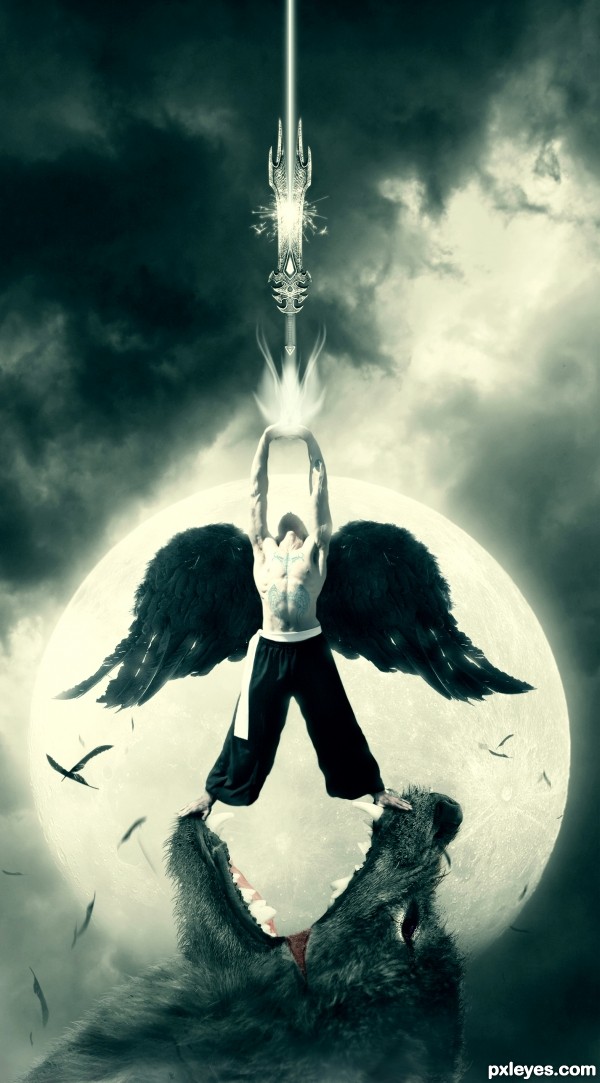 Vitharr is described as the son of Odin and the jÃ¶tunn GrÃ­Ã°r, and is foretold to avenge his father's death by killing the wolf Fenrir at RagnarÃ¶k, a conflict which he is described as surviving.

you are the winner for this contest. Amazing creation

This is a very powerful image. Your work is outstanding, you put the elements together to tell the story behind your work. Good luck. I wish you the best!

Congratulations..... It was though!

Congrats Kush. For 2nd and 3rd.

did you just changed the foot into the hand??? (the right one). 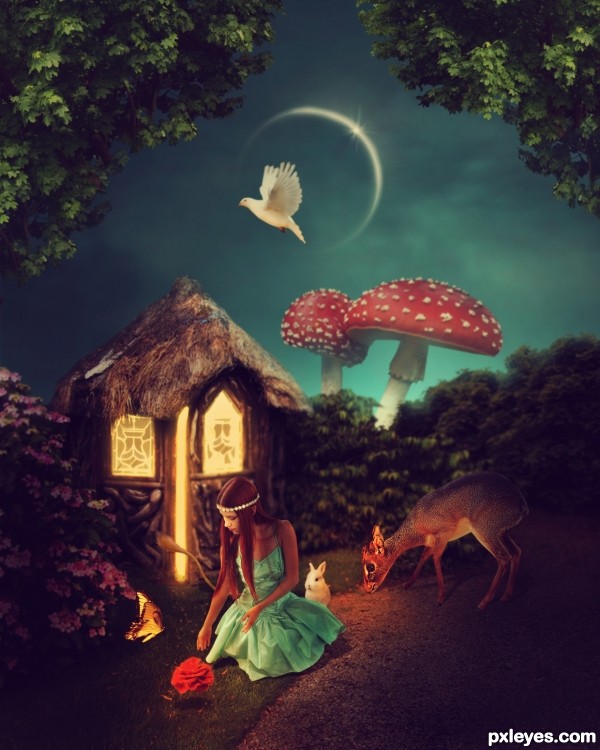 PERMISSION IS GIVEN BY AUTHOR OF SOURCE 1 TO USE OUTSIDE DEVIANTART.COM
SEE SBS

Gorgeous work! Everything fits so perfectly.

great job (though fawn should be a tad smaller,, for the whole vulnerability aspect

Very creative, also great lights and great use of sources!

Your image is good, light goes well, the little animals bring life to your work, and the girl, seems to be curious about what she is discovering. That is what I see. Love the moon and the white dove. Good luck! 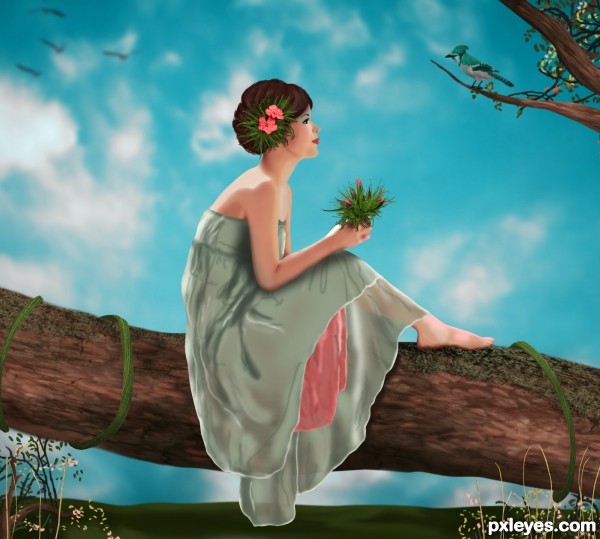 "She is the goddess of love, affections and freedom"

and her pink slip is showing LOLOLOL.. very good work

The anatomy of the foot is a bit wonky, but the overall image is quite nice.

It is not a matter of winning or losing, it is the time you spent, getting your image together, thinking, learning, and being careful setting the stage for a nice work. You did pretty good. Good luck! 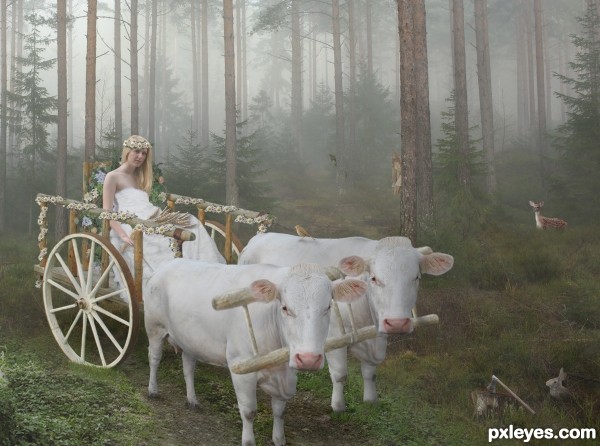 Nerthus is an ancient Germanic earth goddess who supposedly travelled in a cart drawn by two white heifers.

Credit to =faestock on deviantart for model of the elf

Considering the difficulty of this contest, and viewing your sources, I'd say you did a great job. GL author!

Well thank you very much!

Yeah, I agree with Bob, this contest was difficult. You have the required elements, and a story behind your work. So, Let's the better entry win! Hard to tell..... GL.

Thanks George! I am really happy that you have looked a bit deeper into my entry. Pairing an image with a story was the challenge in this contest I felt.