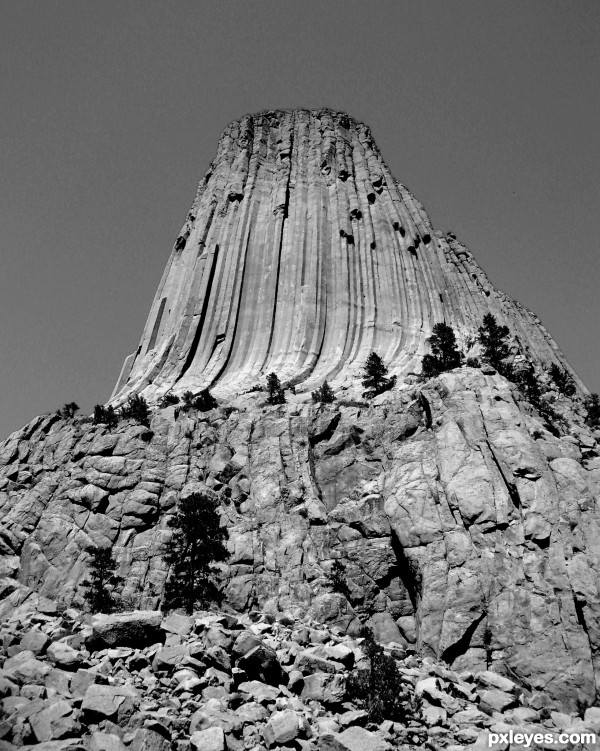 The subject is perfect for the contest, but lacking in contrast.
http://www.illustratedphotography.com/basic-photography/zone-system-histograms

It also pays to tick; Also save full resolution image. As the downsampled image seen here doesn't do you image justice.

I adjusted the histogram so there is more contrast. I don't know much about photography, hopefully I adjusted it correctly. Thanks 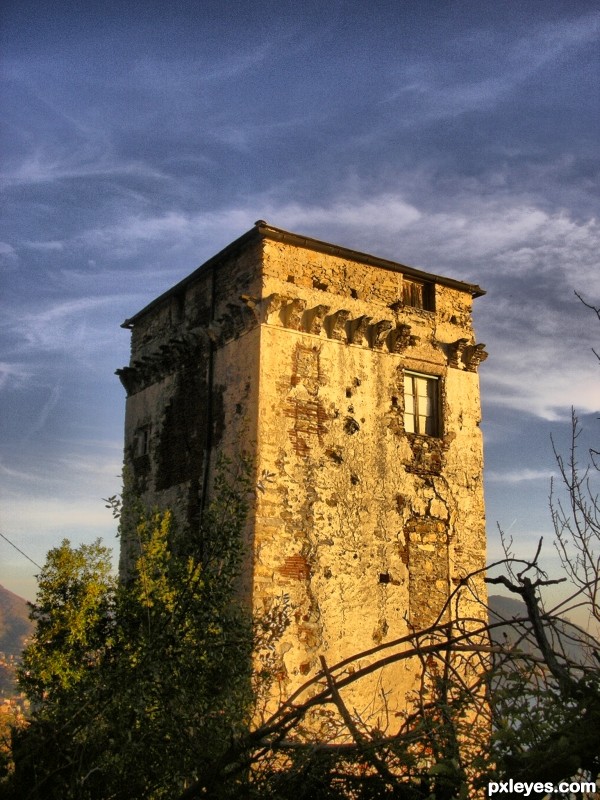 The towers were, on average, rectangular and circular.
The square towers were organized with the purpose of sighting and to give shelter to the population in the event of a landing of pirates "turcheschi".
These towers (made â€‹â€‹in part with tax exemptions approved by Genoa, in part with the system of "Sequella") were connected to each other because of fires signage and extended from the coast to inland villages to form a ring of light communications: the signals they used a double code of communication with the lumen clean and clear, said signs of the net, people are warned of the arrival of ships with allies and friends as flashing lights or fire bad is signaled enemy ships operating so that the number of intermittent warned about the number of ships on the horizon and so the direction of the smoke could indicate, if possible, place of origin. (5 years and 2078 days ago) 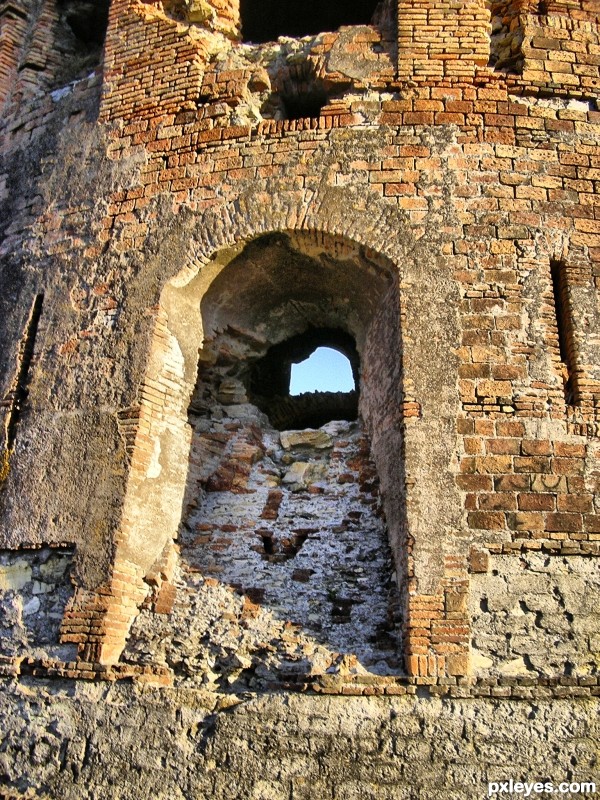 The tower overlooks the hills of Val Bisagno, and was built to compensate for the lack of an adequate defense of Fort Quezzi north along the ridge of the mountain, which would allow an easy starting point for a possible enemy troops to attack the fort itself. The Genius Sardo did everything to strengthen that side of the mountain, with the construction of a small work of "support" circular.

In 1830 a military relationship reflected in the positioning of Fort Quezzi unnecessary and vice versa a good defensive position of the small work of support, so in the years immediately following were developed several projects to strengthen and expand the tower, with the addition of bastions and creation of a strong-like Begato. The idea, however, was only at the level of project design, and the tower was never rebuilt.

After nearly 100 years, around 1909, the work was abandoned by the military authorities and used as a restaurant, then finally abandoned after World War II, when metal parts were removed and the rods of the floor, which caused the collapse .

Today Quezzi Tower is completely abandoned, occasionally used as a shelter for the flocks of local pastors is in a precarious condition and in need of restoration, which could bring the structure and the area immediately around in a decent state [2]. The tower and the area immediately surrounding the site of Community interest are considered by the European Union as one of the few habitats of rare gecko or tarantolino Tyrrhenian (Euleptes europaea, formerly known as Phyllodactylus europaeus) [3 (5 years and 2078 days ago) 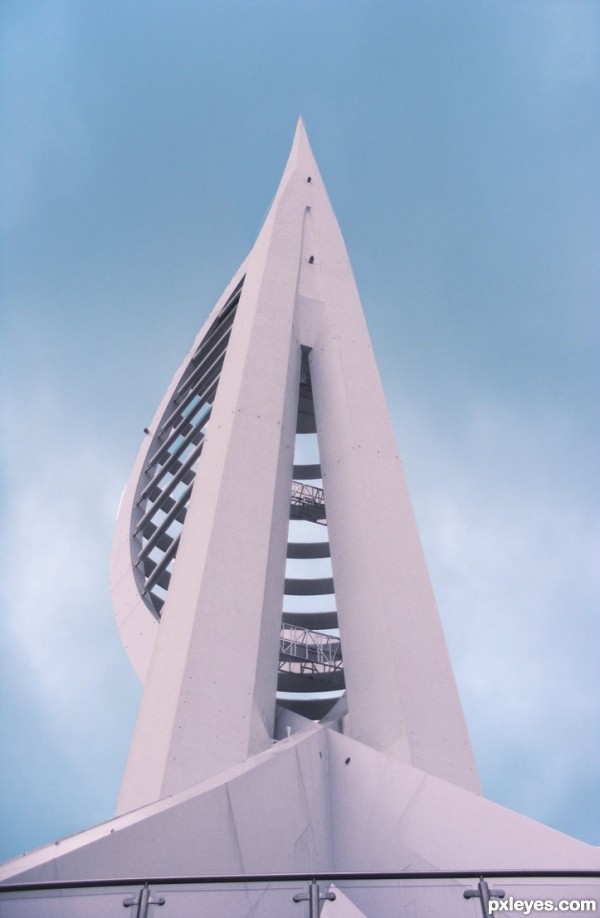 The tower - created by Yank 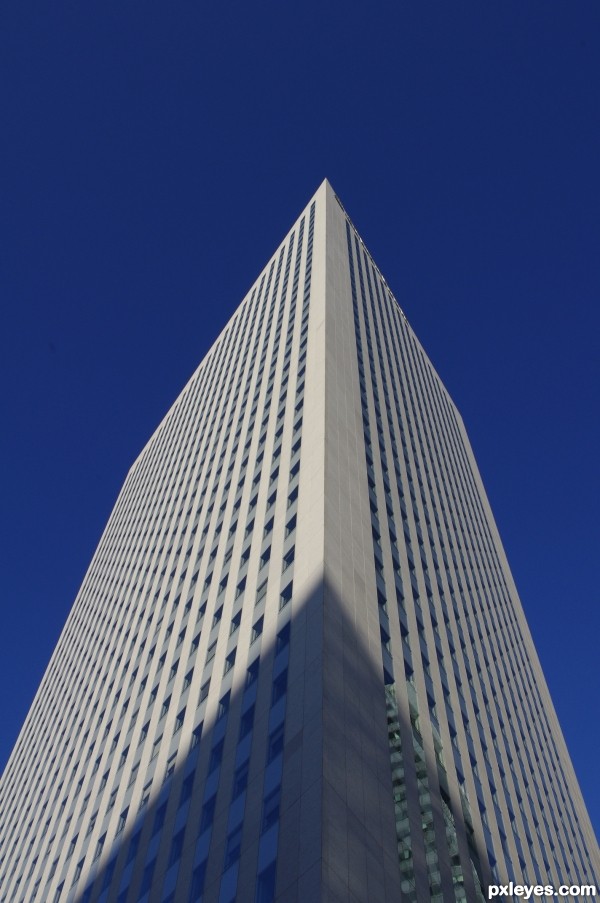 Very nice! I like the geometry throughout. The shadow adds a lot and so does the fact that the sky is cloudless. I also like how the windows almost create one of those optical illusions. GL