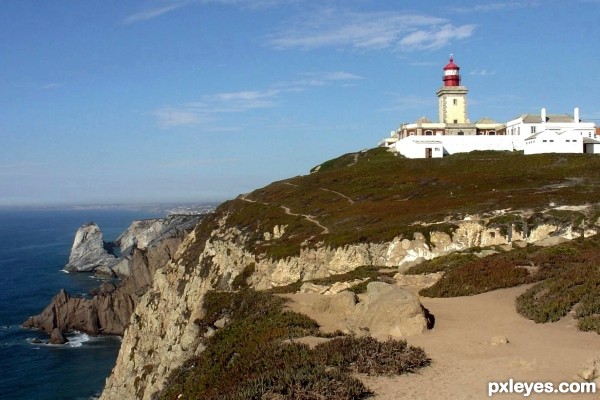 The Cabo da Roca Lighthouse (Portuguese: Farol de Cabo da Roca) is a beacon/lighthouse located 165 metres above the Atlantic Ocean, on Portugal's (and continental Europe's) most westerly extent (Cabo da Roca). It is located in the civil parish of Colares, in the municipality of Sintra, situated on a promontory that juts out into the ocean, made up of granite boulders and interspersed limestone. It is a third-order lighthouse, which originally began operating in 1772. It was the first new purpose-built lighthouse to be constructed in the country: the older lighthouses in existence at that time, were constructed on existing platforms or from pre-existing beacons.
The initiative to construct the lighthouse came from the Junta Geral da Fazenda do Reino on 1 February 1758, in an order to construct six lighthouses strategically throughout the country to assist navigation.
Cabo da Roca lighthouse began operating in 1772, becoming the third oldest lighthouse along the Portuguese coast. (5 years and 1823 days ago) 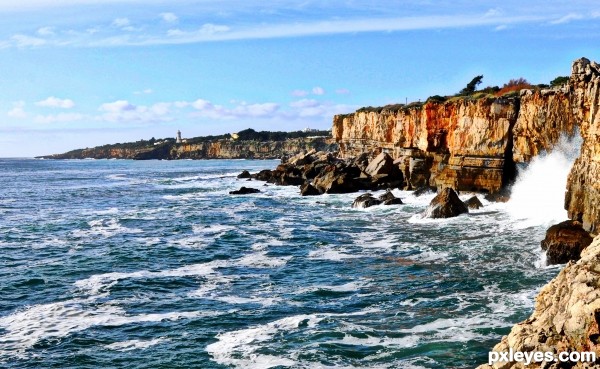 Looks much better in High res, check it out.