Ohhhh, No! There Goes Tokyo... - created by kyricom 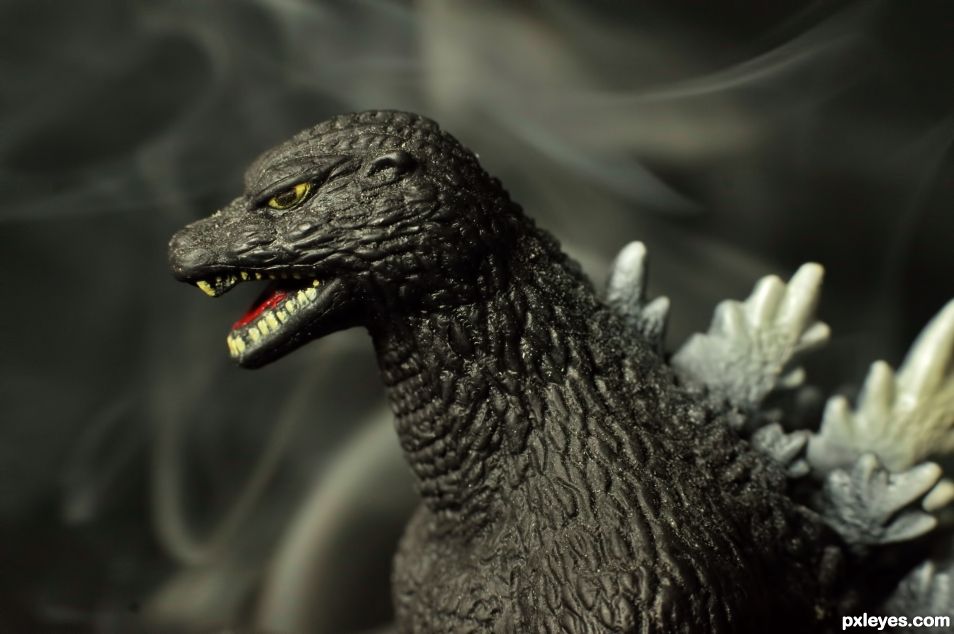 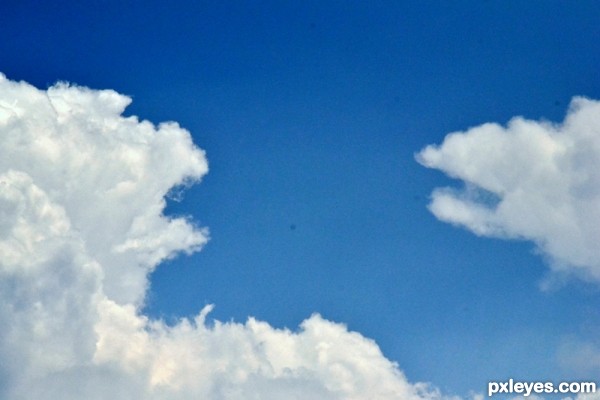 Wow, that's quite a collection of dust bunnies on your sensor

Thanks. There goes the neighborhood. Will some "spring cleaning"

Godzilla in the snow - created by lbadge320 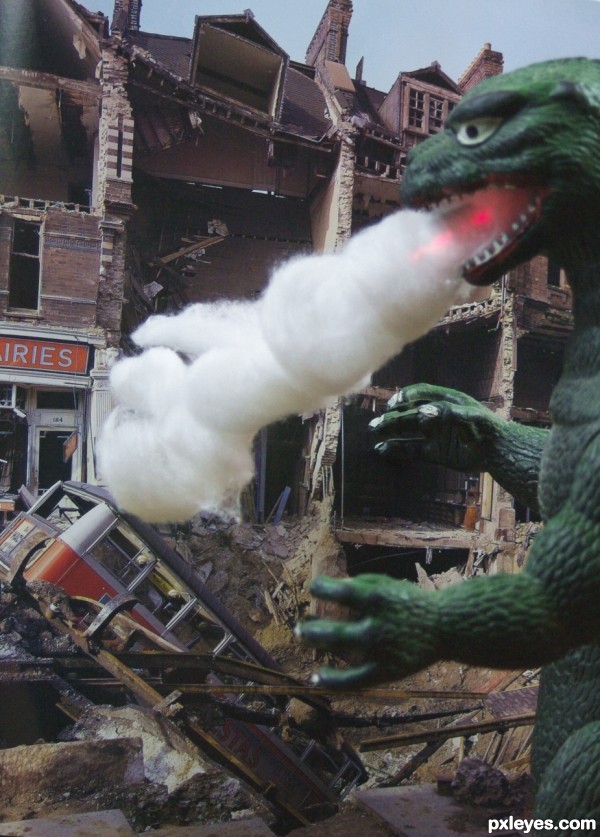 Inspired by the U.S. hydrogen nuclear weapon tests on Bikini atoll, he was originally named Gojira. The film was released in 1954 - and later, his name became Godzilla. He was a metaphor for Japan's views on nuclear weapons, and later nuclear power, with his "character" changing through the years (bad guy/good guy etc.) to reflect their attitudes. There were around 10 Japanese movies, and then two more made by Hollywood (who, of course, ruined it). He also had a cartoon series and numerous toy lines. (5 years and 2297 days ago)

how did you get the background? Is this a picture of a godzilla in front of another picture?

Not sure how big the background picture you have is, but if you could move the model away from it as much as you can so that the buildings look smaller that would be even better! Godzilla in my mind is as big as 20 stories, but here he looks really little lol. Great concept!

Yes, k5683. It is my toy Godzilla in front of a photo of London during WW II.

Your thoughts on perspective are right, Ory, but this was the only picture I had for a background like this and it isn't very big. - BUT, notice you can't see Godzilla's feet! I'm pretty sure he's standing in a hole that his explosions made!

Good idea for this....love it

I just noticed that you used cotton for the "smoke" coming from Godzilla's mouth. That...is awesome. Classic craftiness at its best. Excellent creativity and great shot, author.

Yes, I put a small piece of clay inside Godzilla's mouth and then took a wooden skewer used for cooking and skewered some cotton balls, fluffing them out at the end. I stuck the skewer in the clay and then got the red in Godzilla's mouth by shining a laser pointer through the back of the cotton.

seriously you make it look classic!

I love this!!!! You never stop amazing me with your imagination

Congrats on your win