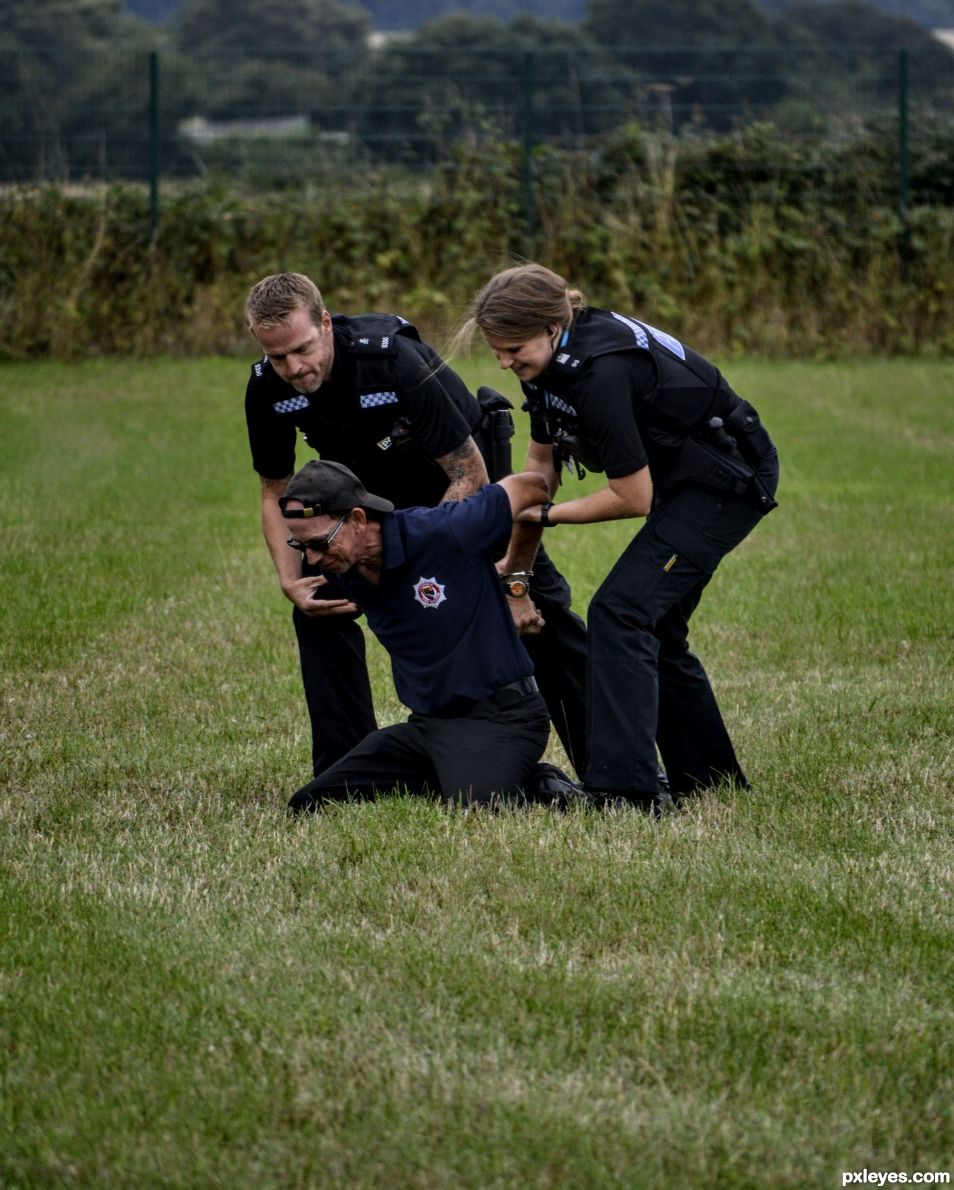 The police in most countries deserve our RESPECT in what is sometimes difficult circumstances,not an easy job by any means,and although this was a demonstration it goes to show what sometimes they have to deal with.
On the flip side we had a case in the uk last week where toy guns which made a similar noise to gunshots were let off at a childrens garden party and the police were called because someone thought guns were being fired,when they realised it was only a boys birthday party they joined in and it made the boys birthday even better. (4 years and 86 days ago)

Very good shot showing emotion and we get into the story. I do not have any suggestions for improvement but want to say thank you for the description. Did you know that police work is one of the MOST stressful occupations there is?