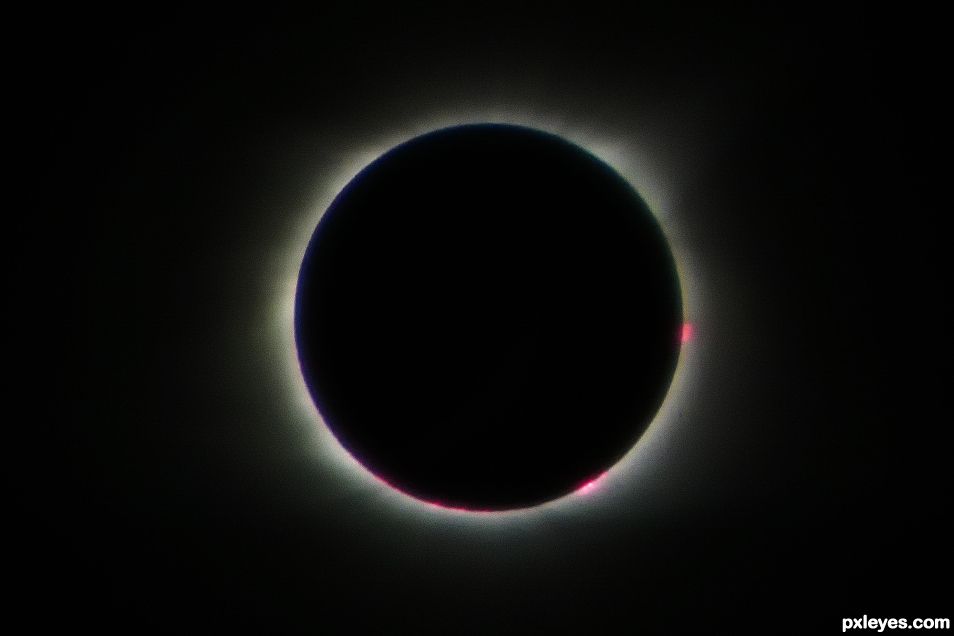 A total solar eclipse showing Baily's Beads around the edge of the moon's surface. The Baily's beads effect is a feature of total solar eclipses. As the moon "grazes" by the Sun during a solar eclipse, the rugged lunar limb topography allows beads of sunlight to shine through in some places, and not in others. The name is in honor of Francis Baily who first provided an exact explanation of the phenomenon in 1836. (3 years and 94 days ago)