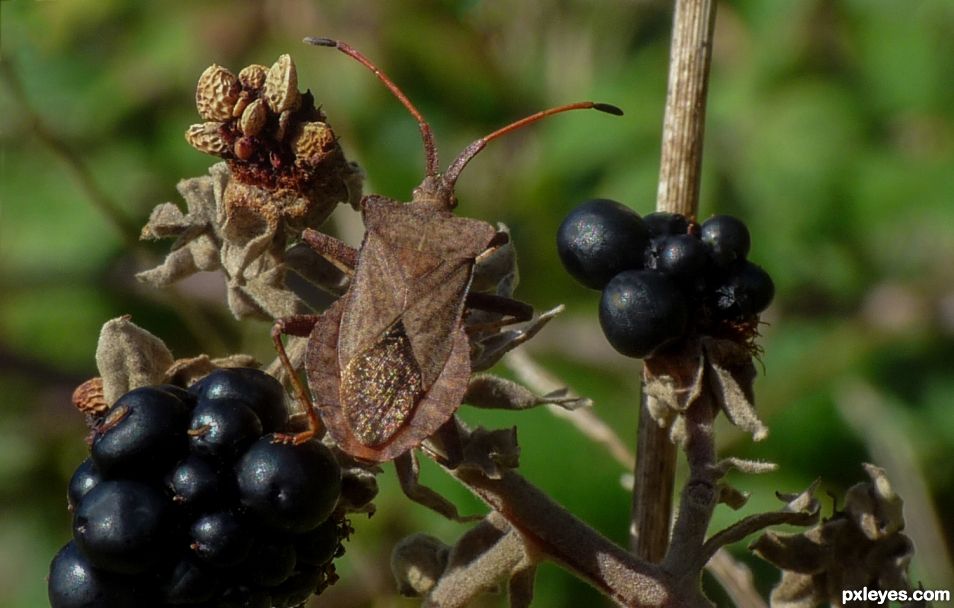 What an absolutely most handsome "beast" sitting there in very well caught camouflage, I almost missed him. I like the surprise element to your photograph it delights me. Initially the grapes on the left (viewer's left) led the eye out of the frame so I can't help but wonder had you included them in the photograph if the image would be strengthened, but I must say that bug captivates. Your shot is sharp, natural hues, good bokeh. Instead of including more grapes, try cropping up to remove the blocked up aspect of the grapes (very dark part which has no detail) and try nipping it a bit more at the right but do leave green background in and see if you like it better as it would eliminate the block up and bring in the handsome brute in a tad closer to us. I love finding these kinds of surprises in nature and thank you for bringing him to us.

Macro And Close Up 2 Photography Contest