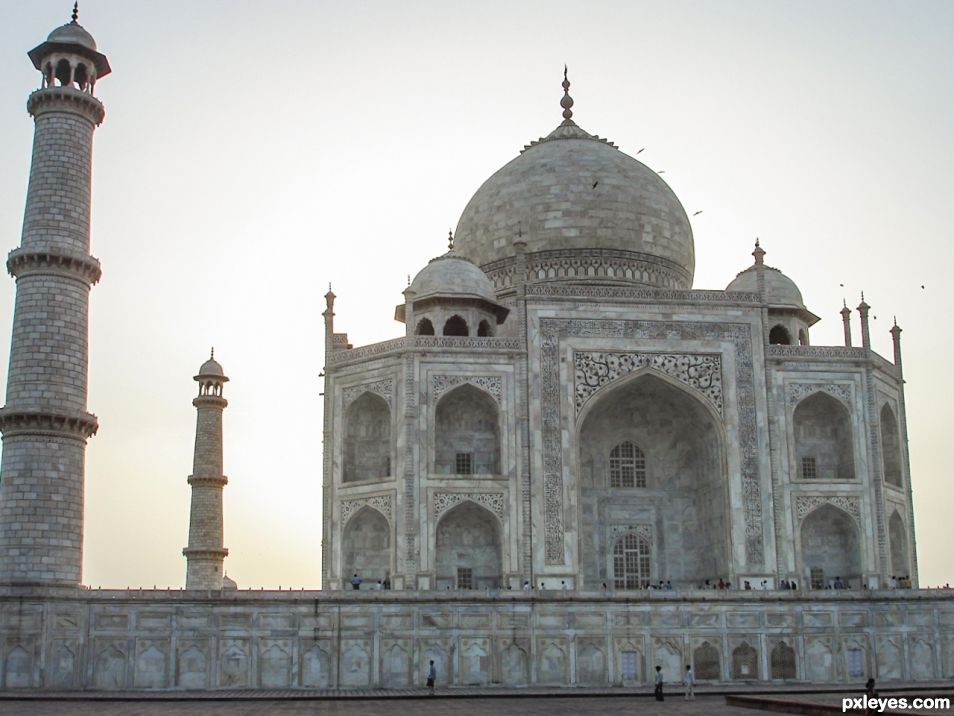 The Taj Mahal (meaning Crown of the Palace) is an ivory-white marble mausoleum on the south bank of the Yamuna river in the Indian city of Agra. It was commissioned in 1632 by the Mughal emperor, Shah Jahan (reigned 1628–1658), to house the tomb of his favourite wife, Mumtaz Mahal. The tomb is the centrepiece of a 17-hectare (42-acre) complex, which includes a mosque and a guest house, and is set in formal gardens bounded on three sides by a crenellated wall. (5 years and 318 days ago)

I am happy to find this unique presentation of this very familiar structure. You have it off to the side and not the usual cliche image and that makes it extra interesting. The minimal colour palette is also very becoming. A pleasure to view.

Thanks Still. It was my dream to go there. Now my dream is to go again with a better camera!

I know that feeling. I feel the same way about the Galapagos Islands, want to go back badly! Have never been to the Taj Mahal....maybe one day.