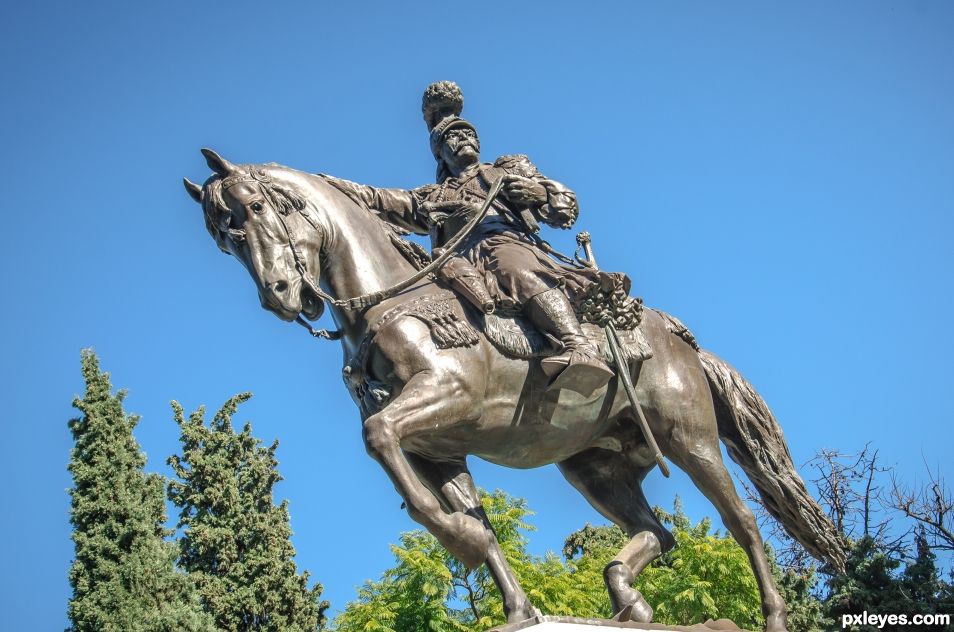 Theodoros Kolokotronis (Greek: Θεόδωρος Κολοκοτρώνης; 3 April 1770 – 4 February 1843) was a Greek general and the pre-eminent leader of the Greek War of Independence (1821–1829) against the Ottoman Empire.[1][2][3] Kolokotronis's greatest success was the defeat of the Ottoman army under Mahmud Dramali Pasha at the Battle of Dervenakia in 1822.[4] In 1825, he was appointed commander-in-chief of the Greek forces in the Peloponnese. Today, Kolokotronis ranks among the most revered of the protagonists of Greece's War of Independence. (5 years and 325 days ago)