take care with your foot - created by Chrys Rizzo

Home » Photography Contests » What Is Underfoot » take care with your foot 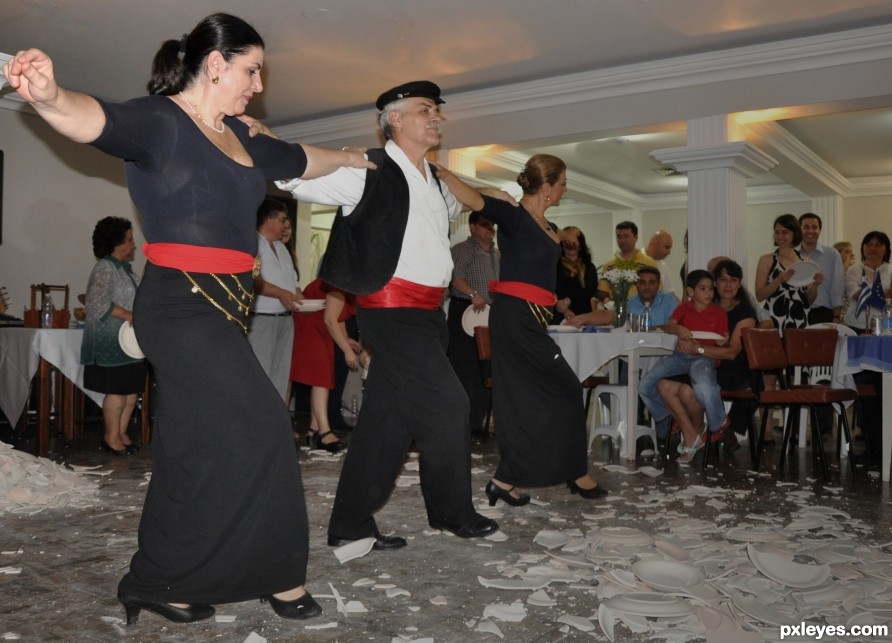 According to Wikipedia
Zorbas" (or more commonly, "Zorba's Dance") is a song by Greek composer Mikis Theodorakis.[1] It is based on two traditional Cretan songs, "Armenohorianos Syrtos" and "Kritiko syrtaki", composed by Giorgis Koutsourelis. The song featured in the 1964 film Zorba the Greek, for which Theodorakis wrote the soundtrack,[2] and became popular around the world. It is now commonly played and danced to in Greek tavernas. (5 years and 1676 days ago)

Very nice photo. I like the rhythm that comes out. However this party is intended for tourist consumption and has nothing to do with the meaning of literary books "Life and Times of Alexis Zorbas" by Nikos Kazantzakis.

What Is Underfoot Photography Contest