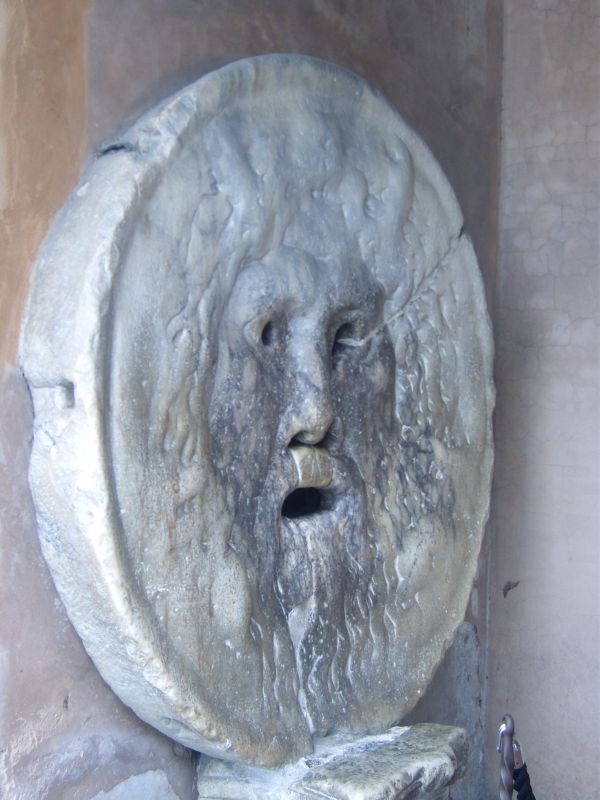 La Bocca della verita' situated in Rome. Legend or no, avoiding lies is a worthy ideology. (5 years and 2777 days ago)

Did you stick your hand in?

No there were too many people queuing up! but I hate not telling the truth so I doubt I would have ended without a hand there

Thereâ€™s a legend about the â€œBocca della veritÃ â€: a jealous husband wanted to verify if his wife was faithful so he asked her to put her hand in the â€œBoccaâ€ as if she was telling a lie the Bocca would have bitten her. Just before doing so, the lady pretended to faint and fell in a passerâ€™s by arms. She then put her arm in the Bocca and swore that she had never been in other arms than her husbandâ€™s and those of that passer-by. Incidentally the latter one was her lover. In other words, truth is sometimes (often?) untrue.

hehe cocor good one and quite true unfortunately... perspectives deceive us... it all counts down to one's conscience and what he/she think is best in the situation in the end!

very interesting, I wsa not familiar with this until the contest, lovely entry and gl