Rowing in the bay 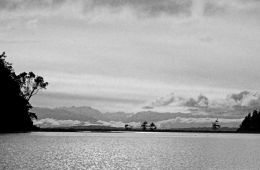 The motor wouldn't start so we rowed to our bay from the harbor. It was cold but there wasn't much chop so it wasn't as difficult as sometimes to take photo from a moving boat, and with the rowing stopped it was even easier to catch the rising clouds off the Olympics and the sun trying to come throu... 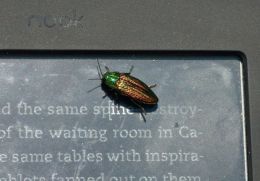 While I was reading on the beach this beautiful beetle flew down and joined me. He stayed for quite some time, but didn't help me shoot the photo. 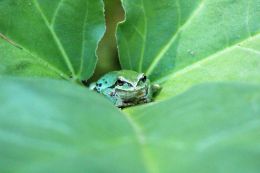 A small green frog found a hideaway at the bottom of a giant rhubarb leaf. When I began to photograph him, he stayed still, posing. What a great subject!

Bridge over the Sammamish 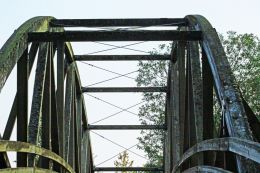 This old bridge over the Sammamish Slough has remained the the park and inter-city path around it have been developed over and over. It is a landmark in the area. I took the shot coming back over from the path as the sun close to its highest. 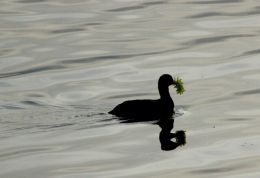 This coot on Lake Washington was lagging behind the rest of the raft having stopped to pluck a bit of lake-weed from just below the surface of the water just at sunset.

For: anything goes 18 contest 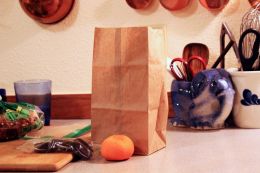 Getting lunch ready in the morning 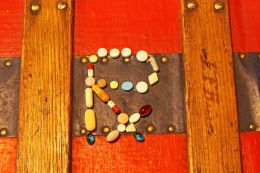 The number of medications a single real person must take each day to maintain health. 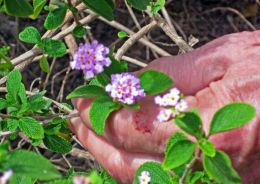 Do the hands or plant have control

For: in the hands 2 contest 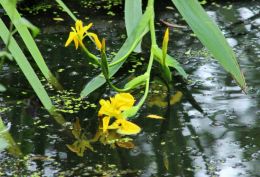 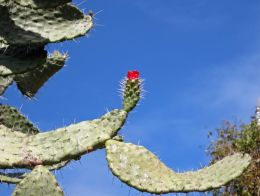 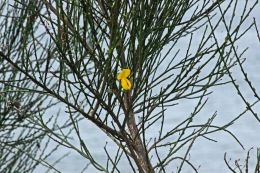 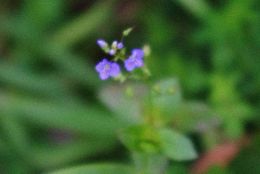 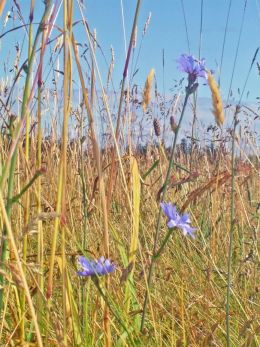 Blue sailors in a summer meadow